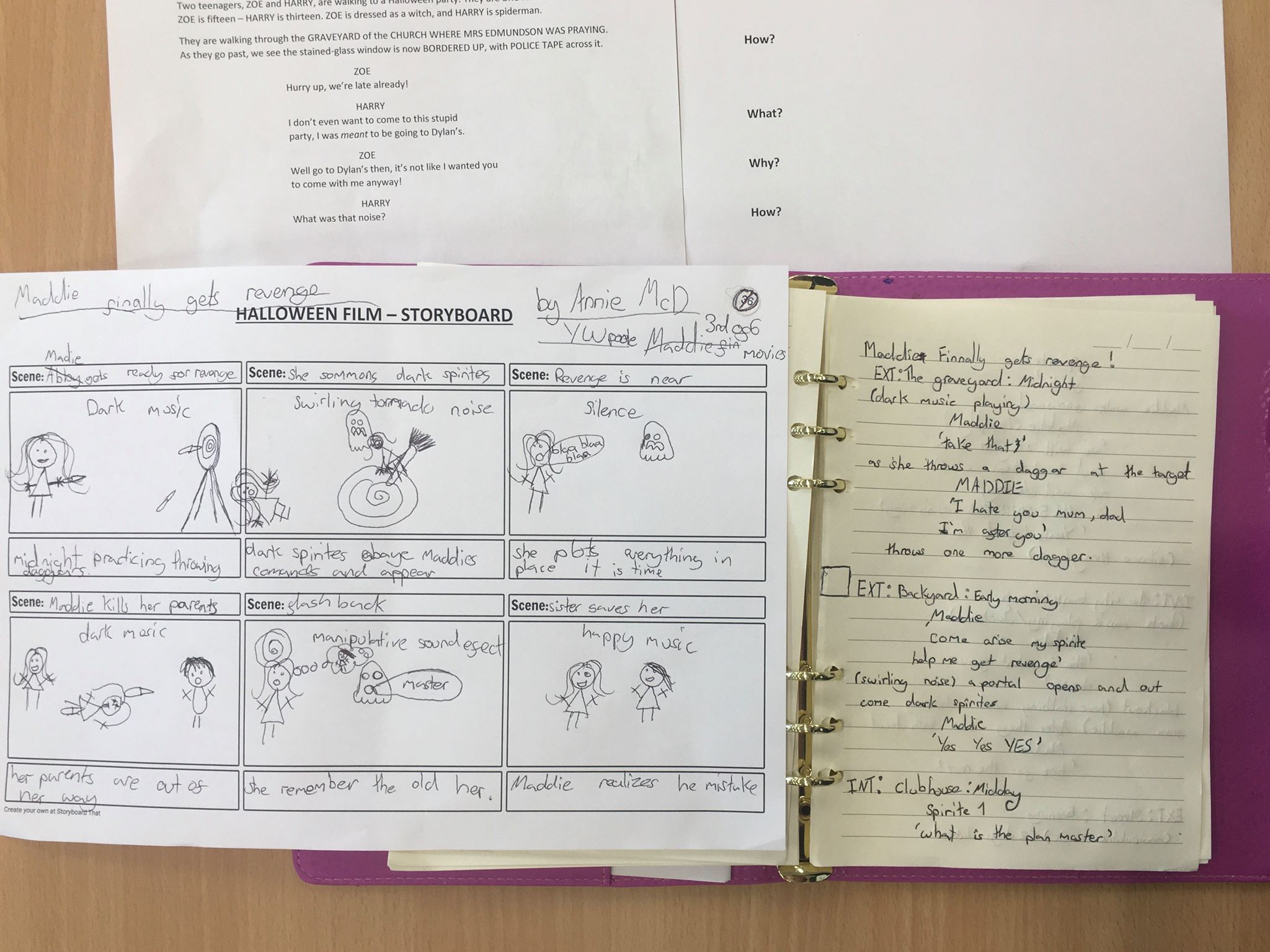 Due to popular demand (these kids sure love scary movies!) and that fact that halloween is just around the corner, this week we focused on the genre of murder mystery and horror!

To kick things off, the young writers all discussed what their favourite scary books/films were. These ranged from classics such as Steven King, to more modern tastes including Midsommar.

After analysing what made these films 'scary' we started looking at it from the aspect of baking a cake, and the young writers wrote what they believed the ingredients were for a scary film.

A pinch of stereotypical music

Keeping their ingredients in mind, and using the layout of a storyboard, the Young Writers then created their own scary movie plot. In order to keep it light for those who aren't the biggest fans of horror, these plots could either be serious or a parody.

Once these were drawn (pictures included) Aofia, Maddie, Hailey and Sky then read a horror script (written by Tabby herself) aloud, and acted out the stage directions. As well as being fun, this also showed the young writers a structure of a script, including directions such as 'FADE IN' and 'INT, EXT.' This way, the writers could put them into practice themselves.

With this new knowledge of script structure, the young writers then re-visited their storyboards and wrote them out into script form, before reading aloud to the group.

[She throws a dagger at a target.]

[She throws another dagger.]

Come, arise my spirits. Help me get revenge.

[A portal opens, and out comes dark spirits]

Rather different to that of the younger group, this week the older group partook in a group Murder Mystery game, where each writer had a character (one being the murderer), and Tabby and I (who played two Chief Detectives) had to work out who the murderer of MAGENTA THESPIANA was. Magenta was "accidentally" killed by a falling light on stage, and one young writer would be held responsible!

A newspaper article (as seen in the photos) was given to the young writers to explain the task at hand. After this each writer was given their character - well, they picked their characters from a chocolate filled cauldron!

A few of the characters included were:

WHO THEY ARE: USHER AT THE LIGHTHOUSE - ASPIRING ACRESS

POTENTIAL MOTIVE: ASKED FOR MAGENTA'S ADVICE FOR MAKING IT ON STAGE - MAGENTA REFUSED TO HELP HER

WHO THEY ARE: SOUND TECHNICIAN

The characters were then faced with a few questions:

1) Where were you at the time of the murder?

2) How did you know Magenta?

4) Have you ever fallen out with Magenta?

5) Do you know who would be a potential enemy to Magenta?

6) How well do you know the backstage of The Lighthouse?

After writing witty and smart responses to these including "I have short term memory loss, I can't tell you anything", and "I blame Victor, his accent it weird", it turns out Victor WAS the murderer! 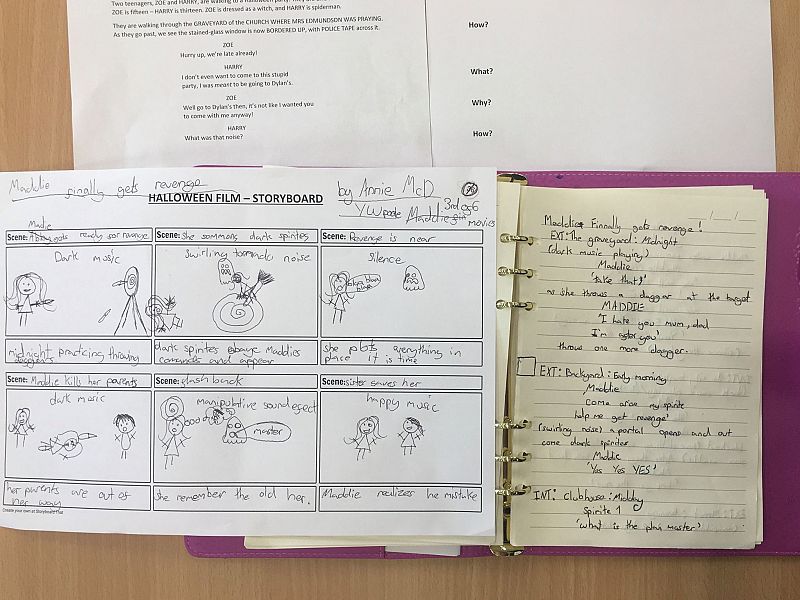