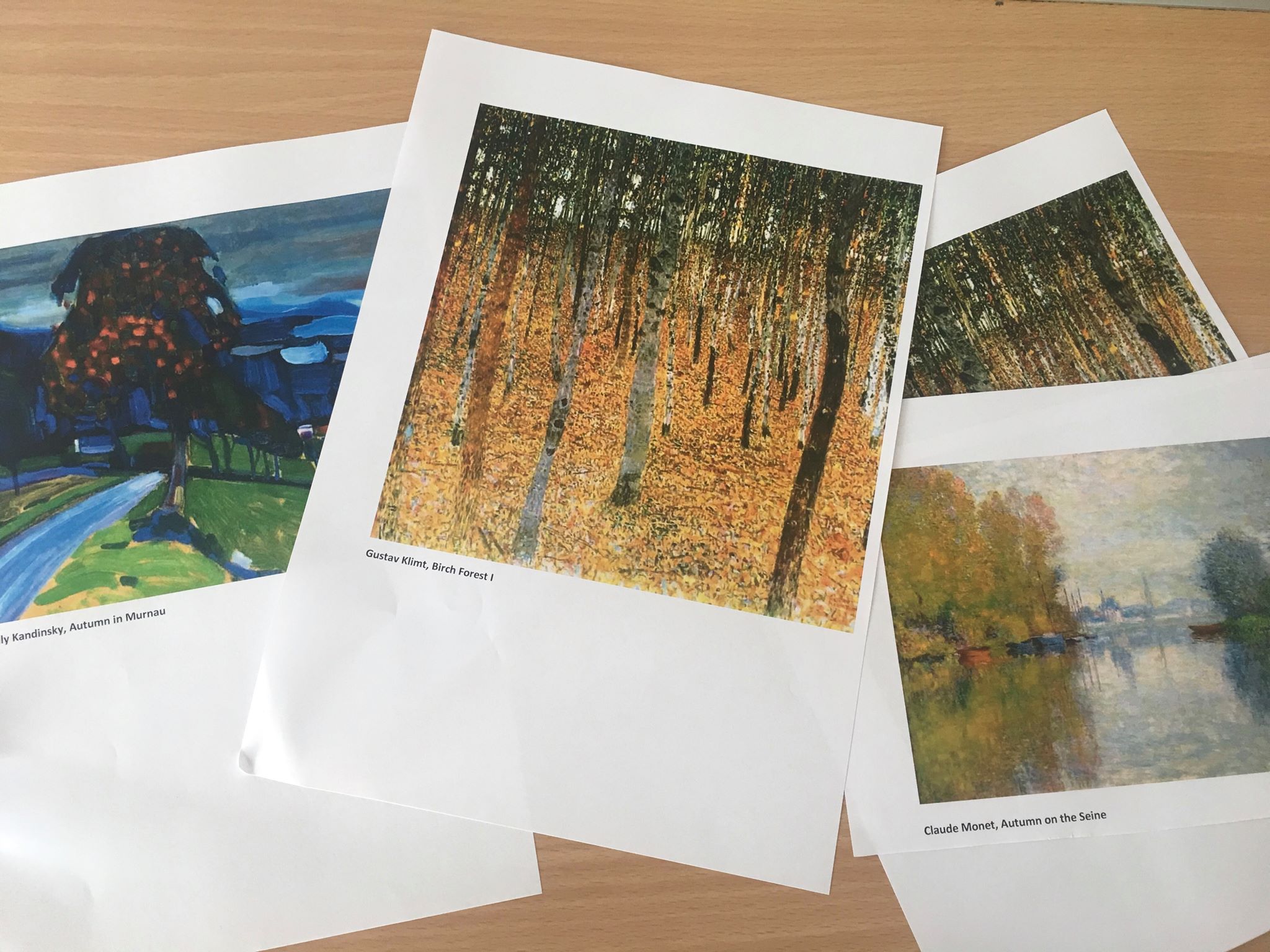 And we're back! Summer is over and the young writers are back in the room - some returning, some new.

With the arrival of new faces, we kick off the first session by introducing ourselves and stating our favourite writers; which stirred up a great conversation about the wonders of Jacqueline Wilson.

We then discussed what 'house rules' we would like during the workshops - these included being quite while others spoke, and no laughing at other peoples ideas.

For the start of this term, we are looking at Autumn for inspiration. So, to begin, we asked the young writers to pick describing words that fit to Autumn in different categories:

After this, the writers wrote a description of Autumn, in any form they please, using as many of these descriptive words as possible.

Orange leaves crunching under our feet as we walk through the woods. The sweet smell of pumpkin pie filled the air. The texture of rough bark scraped our hands as we touched the trees on our Autumn walk.

After this, each writer was given a picture of Autumn insipid art work, including Gustav Klimt's Birch Forest 1, and Claude Monet's Autumn on the Seine.

While looking at these pictures, the writers wrote what colours, themes, objects, etc, they can see. Then, they imagined that they were sucked into the image while exploring an art gallery. From this, the writers created prose.

In response to being sucked into Wassily Kandinsky's Autumn in Murnau, Jasmine wrote:

I looked around and then stepped forward, but it didn't feel right. Then, with serious effort, for fear of what what happen next, I looked down. There, I saw two orange fluffy paws, my nose was only a few inches from the ground, yet I could smell the wetness of the leaves. I turned around, I had a fat bushy tail and powerful, nimble arms. I bounded forward towards the babbling brook and looked down into the clear water. The face I saw was hairy and fluffy - I was a fox!

To end the session, after sharing our work with each other, we played a game of invisible hide and seek, where we hide within the art work.

Again filled with new smiling faces, we all went around the room and introduced ourselves and our favourite writers.

Then, similar to that of the younger group, each writer described Autumn using their senses. Some of their answers included the sound of a crackling fire, and the taste of toffee.

After 10 minutes of writing their descriptions, Matthew wrote:

Drifting on the crisp fresh air,

Dis-connect, no longer there.

Of smooth conkers amid leaves rustling,

A multitude of insects bustling,

And helpless, vulnerable to the change.

We then read famous pieces of writing inspired by Autumn, such as Charles Dickens's The Pickwick Papers, Angela Carter's The Erl King, and Ray Bradbury's October Country.

Reading these out loud, we discussed the author's writing techniques and our opinions of them.

Then, Tabby handed out paintings of the same theme, including Pierre Bonnard's Autumn View, Paul Gaugin's Landscape in Arles, and Katsushika Hokusai's Peasants in Autumn.

Similar to the younger group, the writers then imagined they had been sucked into the photo, and wrote about what they could see.

As wind washes over me, a collision of arms grabs me, and drags me into the forrest. The only sound I can hear in this endless place is the screaming of crickets.

Lost. The only way to describe this land. It morphs around me, not letting any hope of a way out appear.

How long have I been here? I don't know. Crickets have quietened and ran off. Maybe they ran away? Bur from what? 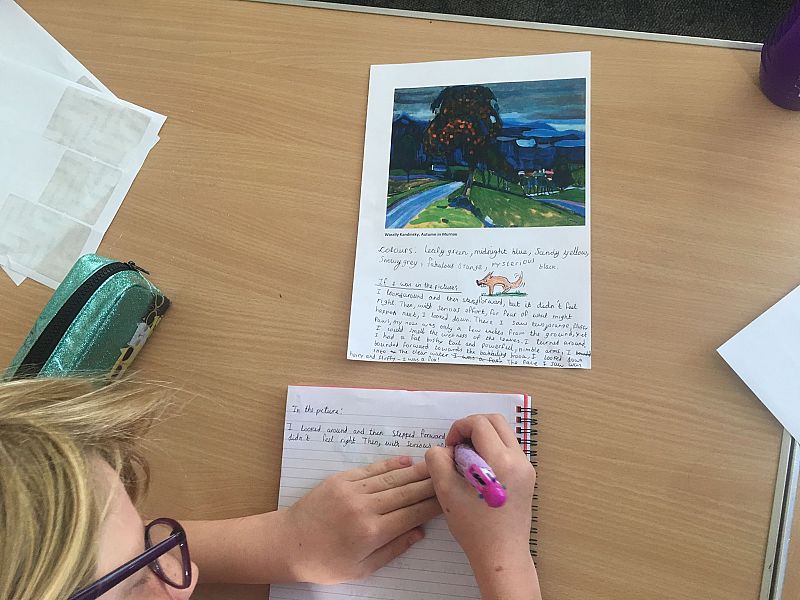