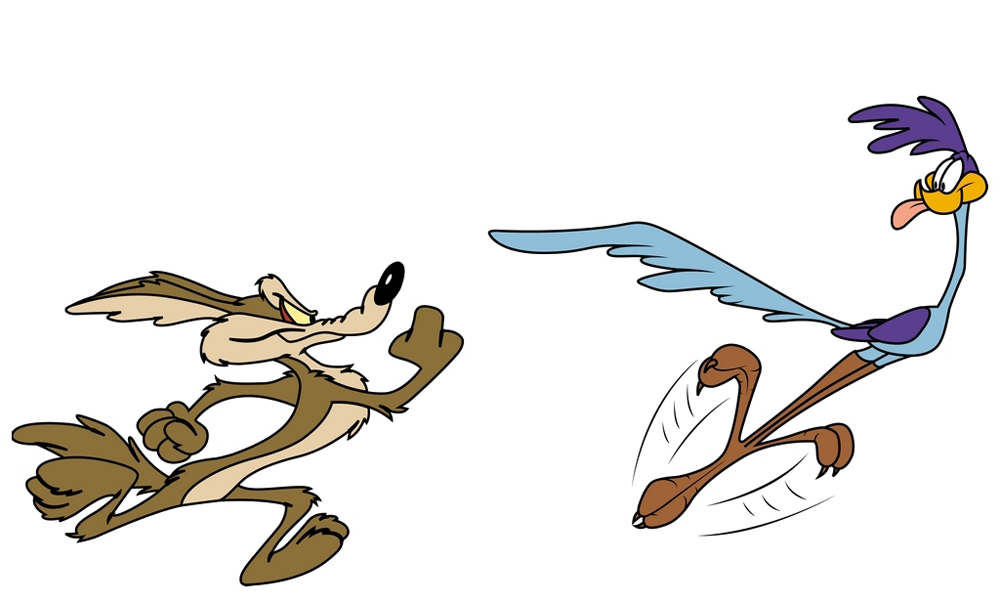 This Tuesday’s session of Crow’s Nest Creative Writers began
with a prompt to describe our previous week as a meal AND equipment. Responses
included:

Our next task was to articulate limbo as a taste, texture,
smell, sound, feeling, movement, or sight. Responses included:

Our next task was for at least one of these brainstormed
elements to inform a problem that a character has to deal with.

Antosh then introduced us to a resource to inspire
limitations we could pose on our writing. It is a list of rules (see below) from
the writer, Chuck Jones, of the classic cartoon ‘Wile E. Coyote and the Road
Runner’.

We watched some clips of the cartoon and read through the
list of rules, which we felt were clearly followed, except for when the
Road Runner was mid-air (perhaps breaking Rule 5?).

Our task was to come up with our own set of rules, in order
to keep a character within a liminal space / scenario. In the same way as the
Road Runner rules, they could act in part as shorthand for situations our characters
might typically go through (e.g Rule 8).

Here is what we came up with together…

The character has a goal they can never achieve.

The goal is always nearly achieved or is always in sight.

They can never do the same thing again.

They can never explain their reasoning for the goal (because
they don’t know themselves.)

They can give up.

No more than three characters.

We also debated a RULE 7, similar to Rule 2 in the Road
Runner rules, which would be ‘The only thing that stops the character achieving
the goal is themselves’, so that their conflict wasn’t only due to environmental factors.

Our final task was to write a scene using our rules.

Louise was glad to have followed all the rules, while Conrad
realised after the task that he had broken Rule 4; Antosh suggested it was an
example of how the rules could be a good tool for editing, coming back to
rewrite the scene so it followed them more closely. Libby’s character had a
goal similar to the Greek myth of Sisyphos, having to push a boulder up a hill. 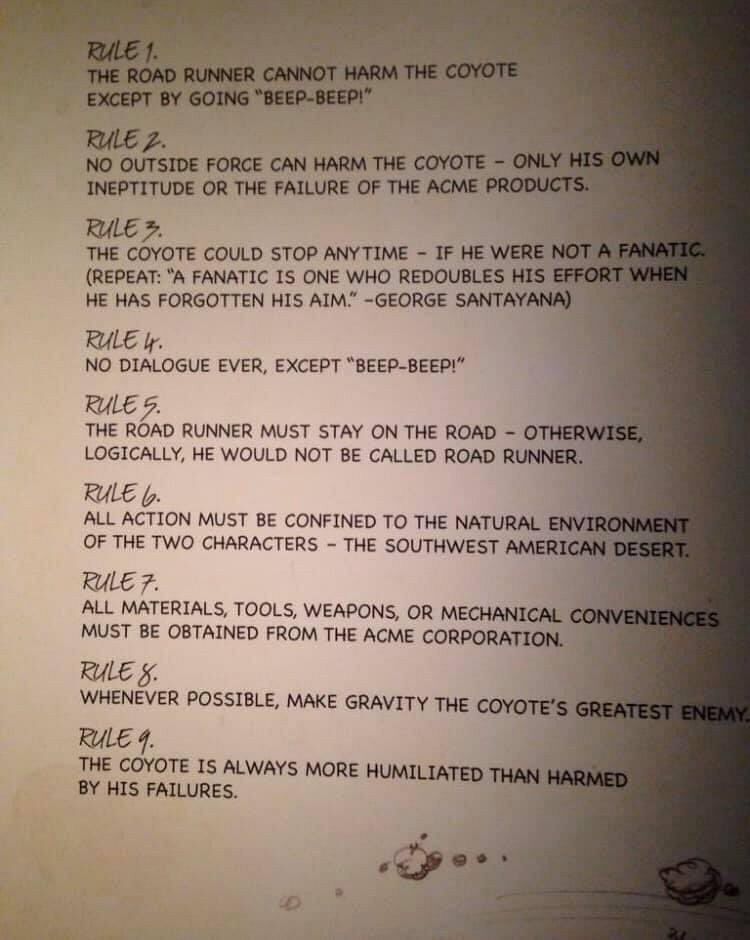