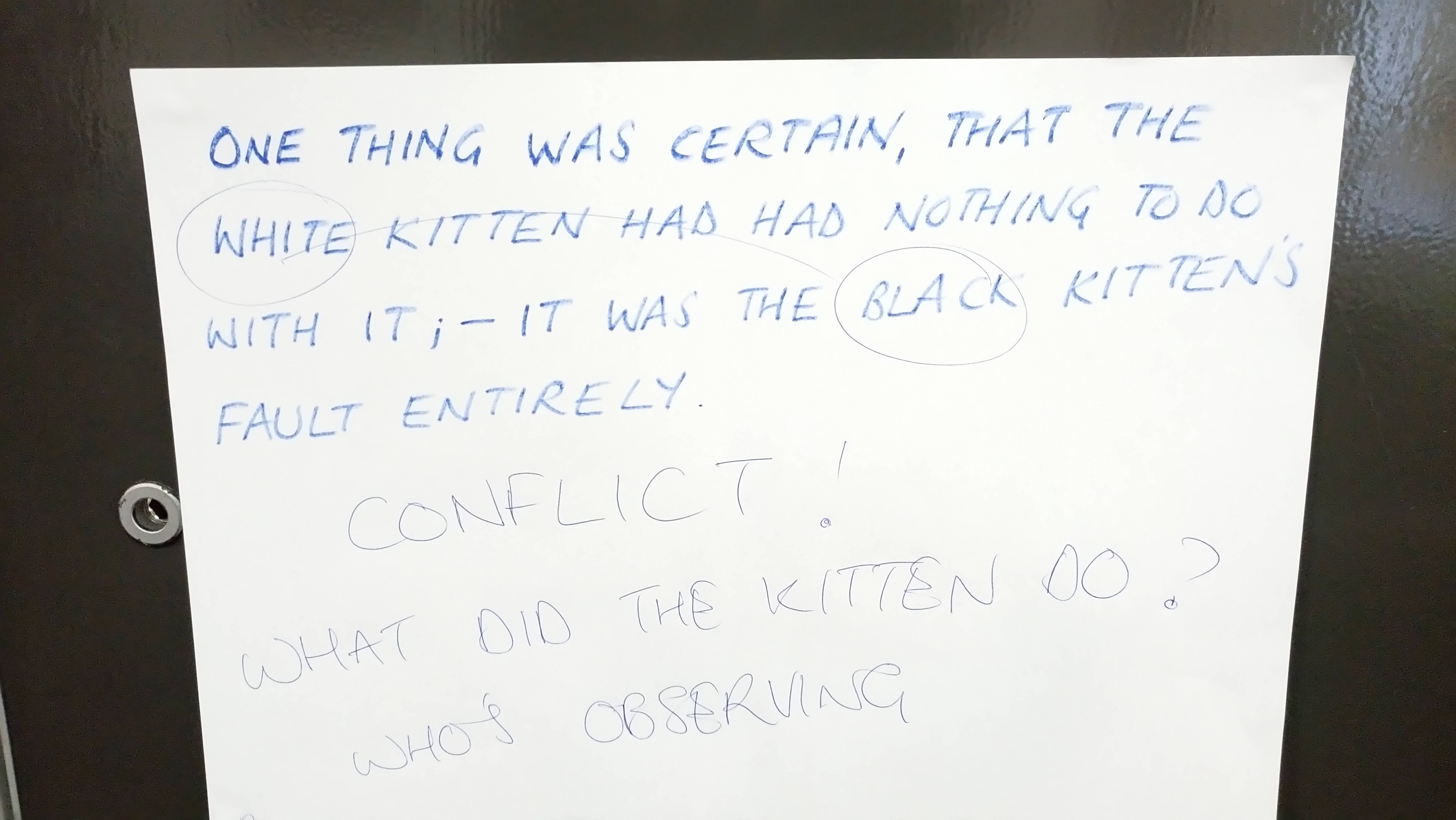 A few Christmases ago I was gifted a literary card game utilising first and last lines from famous (and not so famous) novels. To be honest I never played it, having lost the rule book by Boxing Day, but it has provided me with a very useful deck of cards…

Last Tuesday we looked at first lines from a number of novels, picking them at random from the aforementioned deck. My experience is that in a Creative Writing workshop an element of randomness is essential. The random being a spark to the kindling of structure; the willingness of a writer to push their pen along is maybe the oxygen. What then produces the willingness in a person who's new to writing to ‘have a go’?

One thing I do know is that the workshop where I think I know it all is the one where I end up, head in hands, quoting Ozymandias, ‘Look on my works, ye mighty, and despair’

Hence a bit if random.

Anyway, back to our workshop on opening lines. What is it in an opening sentence that makes a reader move onto the next? What elements of the writing craft are present?

Picking cards at random we discussed each opening line in terms of what it offered the reader. This was a particularly productive exercise. In an unexpected way it became a review of what the group had learned about craft. The lines, in isolation,  became micro-studies, and as a facilitator I saw the group growing in confidence as it came to grips with each new ‘challenge’.

For example, ‘Victory’ by Joseph Conrad opens with the line, ‘There is, as every schoolboy knows in this scientific age, a very close chemical relation between coal and diamonds.’ The group picked up on the conflict present here, how it was rendered in concrete terms (coal and diamond), and how these two strikingly different objects are presented as essentially the same, ‘the difference being pressure’, added Claire. The group also discussed the other underlying abstract notion of ‘value’; the instinctual response valuing diamonds above coal, ‘unless you're very cold and need fuel for a fire’ added Angie.

As a close read it was all very exciting to me and I jumped in with a few sentences about binary opposition (because sometimes we all need a bit of cultural theory in our lives.) I've found that, given space, writing groups can get into quite complex discussions, and it seems to work well when they are followed up with a ‘by the way that's called… (x,y or z)’

There were four types of creative response to the discussion. Some writers chose a line from the ones discussed, and used that as a springboard into their own story. Another response was to pick three or four opening lines and concentrate on opening paragraphs. A third focused on writing a selection of original opening lines (which appealed to the poet in me). And the fourth response saw writers take our talk on conflict (and creating unity, and action revealing character, and hard-working sentences) and push their pen along.