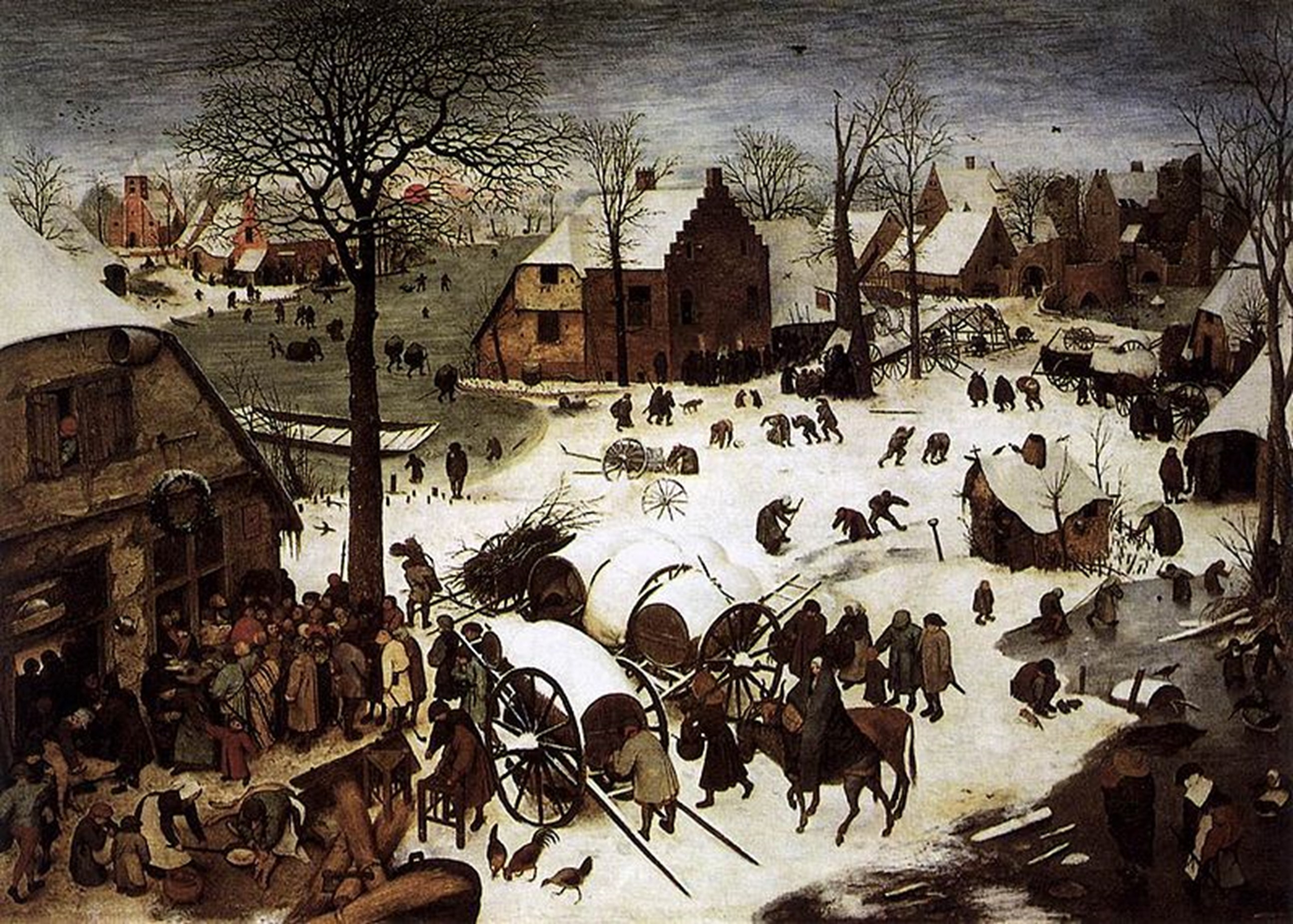 This week, feeling a bit more autumnal, we started off sharing our favourite things about autumn - from crunchy leaves, to the freedom to drink hot chocolate all of the time!

Our writing today was inspired by the painting above - the young writers were challenges to choose a person, object or section of the painting to zoom in on and to use as the basis for a story. Why was this person/thing important? What were they doing? How were they feeling? What matters t them? And how do they fit in to the rest of the painting?

Here is Gene's fantastically crafted poem, which really captures the atmosphere of the painting as a whole:

It was a mediocre town and the tempature was cold,
It was the everyday except for the food which was perished and old.
The wood on the houses was as dark as chocolate and the sky was gloomy and grey,
There were no leaves on the trees, the clothing was as beige as beige and every Tuesday it would rain.
The people looked the same had the same monotone voice and not one of them were kind,
Because it was the same every day moving houses never sprang to mind.
Why were the people dressed the same? why was the floor covered in snow?
Because it is going to be the same forever I guess we will never know!
And here is Aurora's haunting, folktale-esque story of the mysterious Ice Men...
Every year, the children would come running out to see the Ice Men with their heavy sacks and pick up the shards of ice from their wake. Their feet pounded the dusty earth as they lugged their wares, deep through the villages and hamlets, through the towns and the city squares, on cobbled roads and paved tile pedestrian zone, avoiding the occasional horse and carriage as they would come trotting past. The Ice Men would weather all, the wretched sun that ruined their cargo, the awful rain that made their wares cry in frustration, the blessed calm clouds that would grant them safe passage past the bleating fields and lowing pens. And yet, this was one world that the Ice Men were lost in, trapped in the blizzards and cursed snows that padded the streets and meant great cause for the children to scream and shout with glee, but the Ice Men do not smile. Their faces sink like their ankles, deep in gentle white powder by two, three inches, and their hearts further still. For when the snow and ice comes, foretelling the arrival of Winter’s soft cloak, there is no lust for the Ice Men’s ice, there is no wish to be colder still. Their food may keep in their pantries long as Winter’s calm face sleeps over the skies, and the children can catch the flaky doom from the air on their pink tongues instead of picking salvation up in shards from the roadside. And so the Ice Men return to their families in their small huts, whistling with wind and furnished with frugal family life. A wife, a lover, a mother or father, last living relatives, new-born babes; all reap the desolation of the Ice Man’s loss. This is their solace, their end of times; when Autumn heralds the blood of Winter with the freshly-fallen snow, fallen from heaven like tarnished angels. Every year, the Ice Men weep.
We looked at this painting as it is part of the inspiration for W.H. Auden's famous poem 'Musee des Beaux Arts', which looks at a series of paintings by Breughel as inspiration - including, famously, his Icarus painting. We finished the workshop by looking briefly at the poem and the Icarus painting, and how, as Auden describes, the fall of Icarus, the momentous event, is not the focus of the painting - just as Mary and Joseph searching for an inn are not the focus of the first painting - in fact, only Elsie chose them as her characters to write about (and not as Mary and Joseph!) The young writers were left with the challenge of writing a story where the dramatic thing which happens, be it a dragon arriving or a terrible fight, two people falling in love or a witch putting a curse on someone, is not the main focus of the description - the story instead focuses on what is happening around the edge... We look forward to hearing how these stories develop!
PreviousNext