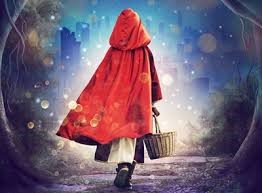 This week, we were looking at flash fiction, in a final push towards the 'Trading Places' flash fiction competition, which many of our young writers were excited to enter!

We began by coming up with mini flash fictions for stories we know well already (fairytales/myths/folktales/fables etc) attempting to retell these classic stories in 10 sentences or less! Here are some examples:

Daddy bear comes home excited for his porridge. He says he
wants a bigger tummy when he is older so he can consume more. Mummy bear is
ready to just sleep in. Baby bear just wants his bottle. He dreams he will own
a bottle company when he grows up. When they enter their little house, Daddy
bear fumes with rage as goldilocks was full of porridge inside her and she
burped. No, that was daddy bear's job.

"honey can you clear up please?"

The Tree wants to be big even though they get cut down,
however it gets cut down when it is fairly small and gets put up as a Christmas
tree in someone's house for Christmas. After Christmas it makes friends with
rats and mice in the cellar before eventually being used as firewood when it
became dry.


She was approached on the day of her sister’s wedding,
courted by the King of Men. She bore him children, 3 girls and a boy, in a
reclaimed land. She went with her daughter, beauty of the Greeks, and watched
her sacrificed to the goddess of the Moon. She slipped away to the palace of
the King of Men, as he was raiding the city with Golden Walls. She took his
cousin as her lover, in rage at her daughter’s demise, and plotted bloody
murder. Nine years passed, in favour of the King, and he returned with a
screaming slave and a ship full of gold. He met his demise at his own dining
table, blood running into the cobbles, with ignored prophecies lingering in the
frightful air. She ignored his pleading eyes; he would never see his son again.

Next, we thought a little about story structure, looking at famous first and last lines from stories - from 'The House at Pooh Corner' to 'The Picture of Dorian Gray', 'The Hobbit' to 'Fantastic Mr Fox'! - and thinking about how the writer used these to frame their stories, and what might have changed for a central character between the start and the end. The young writers then thought about the best first and last lines they could come up with for their flash fiction pieces - how to launch a reader straight into their world/the action of the story, and how to then leave a reader with a sense of completeness/satisfaction at the ending, even if everything isn't neatly tied up!

Putting this all together, the young writers continued with their 'Trading Places' flash fiction stories for the remainder of the workshop, which are all developing really excitingly, in so many different forms, from fantasy to sci-fi to historical to comedy - to Clare's very brilliant 'letter from death' piece! Fingers crossed for everyone who entered the competition!