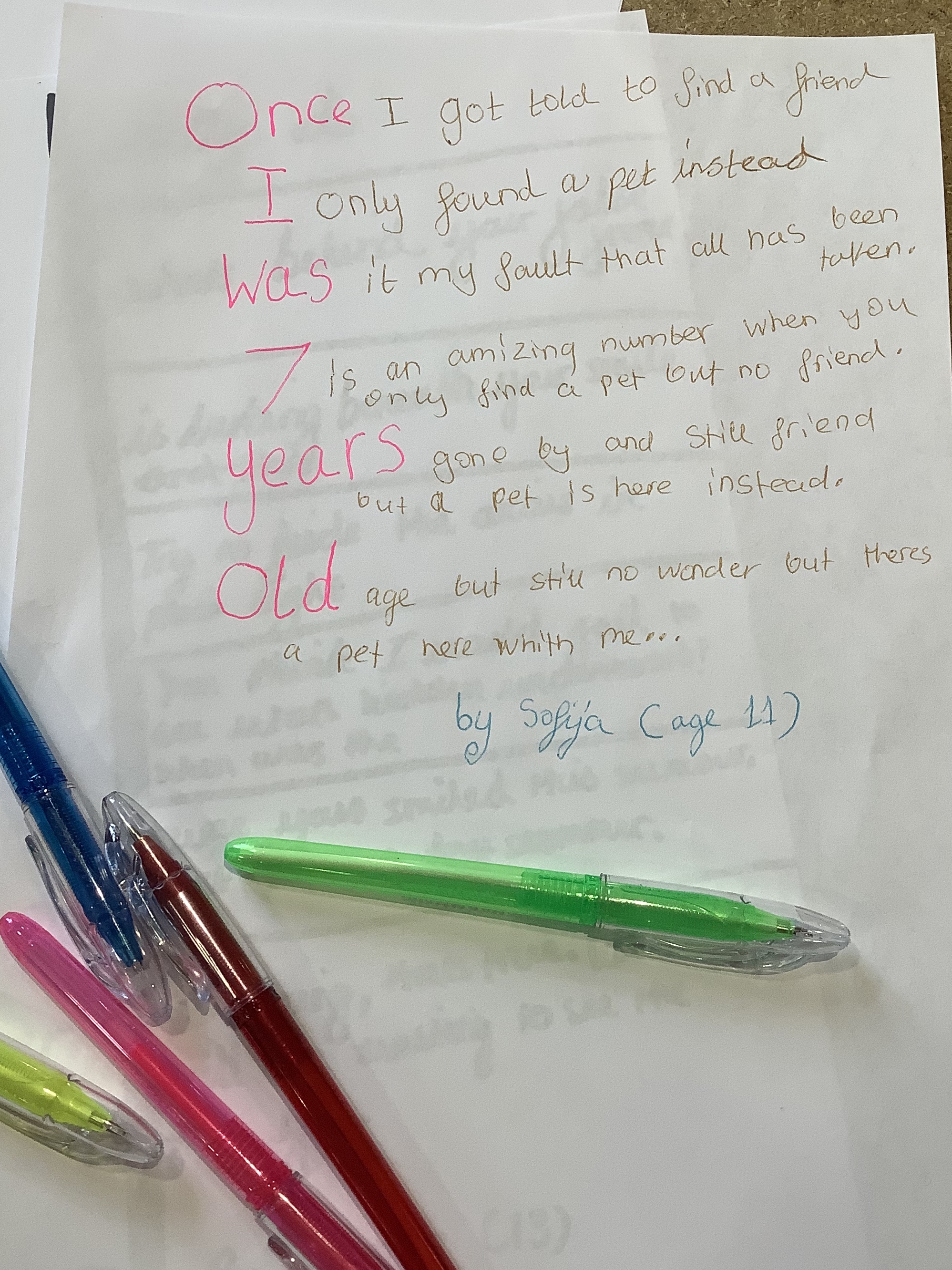 Who knew “Walking on Sunshine” or “Who Let the Dogs Out?” could inspire some very poignant pieces? This week we put a Young Writers twist on our favourite song titles to create modern and unique acrostic poetry!

Acrostic poetry uses a phrase or sentence to stimulate inspiration for each line of a poem, as it is written diagonally and must be used to start each line in turn. This helps our Young Writers think about line breaks in poems, but also can help inspire and shift writers block.

The group started by brainstorming their favourite song titles collectively, after the example “Eye of the Tiger”. We had a range of examples, from nursery rhymes to chart hits, each creating very diverse and original poems. Despite the trivial titles, the themes of the poems were entirely different, constructing some great content for our end of year anthology. We had great fun adding music to our finished pieces over on our Instagram account ‘@soyoungwriters’, as this created an interactive element and really brought the pieces to life. Below are some that worked particularly well:

I sit and wait until I

Am ready to proceed I’m

Not scared of what I’m

Throwing in the bin

Away my hope flys

My whispering for life then the

Shot of the gun is fired.

Walking through the moon light nights

On the side walk of the city so bright

Sunshine absent in the light.

The second group further experimented with poetry, trying their hand at formula poems. The example was given “when I had no__I made__my__”, the Young Writers then filled in the blanks. The poems were read aloud to the group and feedback was given. The formula helped to stimulate new ideas in a very short space of time, adding even more pieces to our collective anthology. Below are some examples that deserve to be shared!

When I had no home, I made the wild my land.

When I had no dreams, I made the stars my ambitions.

When I had no voice, I made my actions my words.

When I had no freedom, I made my routine my adventure.

When I had no will, I made my normalities my uniqueness.

When I had no uniform, I made my similarities my armour.

When I had no light, I made my darkness my my hope.

When I had no pride, I made my insecurities my identity.

When I had parents,

a light guided me through the corridors of life

When I had a sister,

we fought and spat like a pair of tigers,

crying over nothing and everything

When I had a home,

a warmth filled my belly with a whole contentment

When I had a friend,

we talked and talked into the night,

When I had the stars,

When I had no life, I went on

Next week we are venturing to God’s House Tower in Southampton for Writers day, look out for the blog post coming soon... 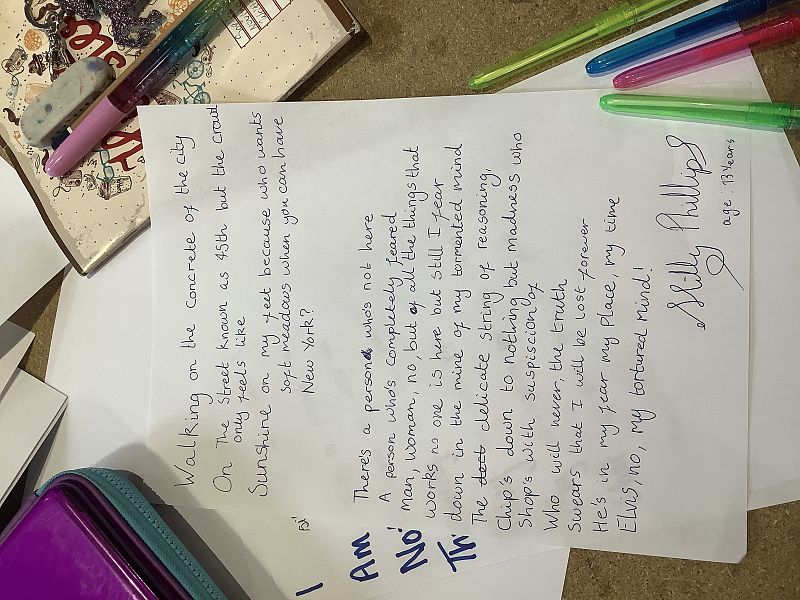