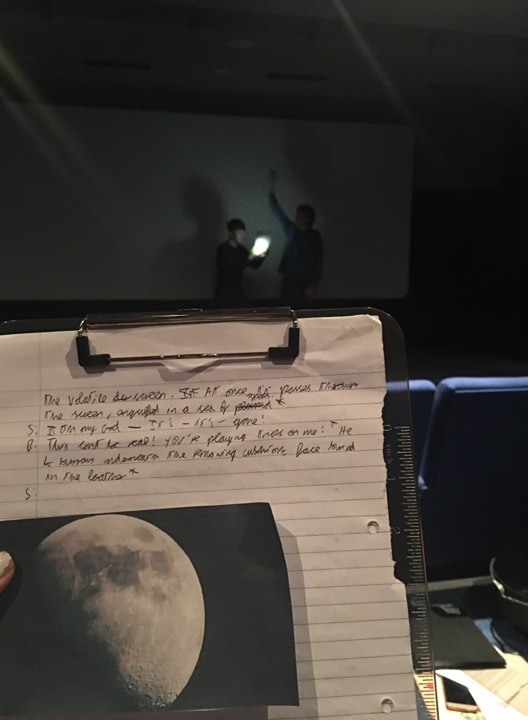 Last week, the young writers watched Arts University Bournemouth's theatre production of The Lion, The Witch, And The Wardrobe at The Lighthouse Theatre, which inspired the theme of this session.

Having shown genuine enthusiasm and interest in the way in which the play was adapted, in particular the fantastical world of Narnia, we decided to explore further the creation of fantasy worlds.

Since this session took place in the cinema, we decided to consider films we had recently watched, and what their locations involved. Then, we discussed the production of The Lion, The Witch, and The Wardrobe, the young writers picking up on how the characters described their surrounding worlds through dialogue rather than through the use of set, which was then something we decided we should put into practice.

Each writer selected a photo from a cauldron (yes, the cauldron is back!), every photo of different extreme locations, e.g. the moon, under the sea, snowy mountains. The writers were then asked to create an argument between two family members, e.g. losing the TV remote, that took place while they were transported into another world.

Chloe wrote an argument between a brother and sister over a stolen bracelet, and while they were fighting, their location magically turned into the moon. She displayed this change through the characters struggling to breathe and realisation that they were floating!

Aster adding in stage directions and selecting roles, the Young Writers then acted out their scripts on stage. Despite the lack of set or lighting, their performances were very amusing and impressive!

Similar to that of the younger group, the writers pulled apart AUB's production, and what writing techniques were used, before putting these into practice. To push and challenge them further, the writers were asked to create a full short script that included both dialogue and stage directions, starting with a family argument and ending with a resolution - as well as the magic location change.

Not only did the writers perform their scripts with great gusto and non-stop passion, but they also took on each other's pieces to create various renditions - if they're not called to the West End by Christmas I'll be shocked!