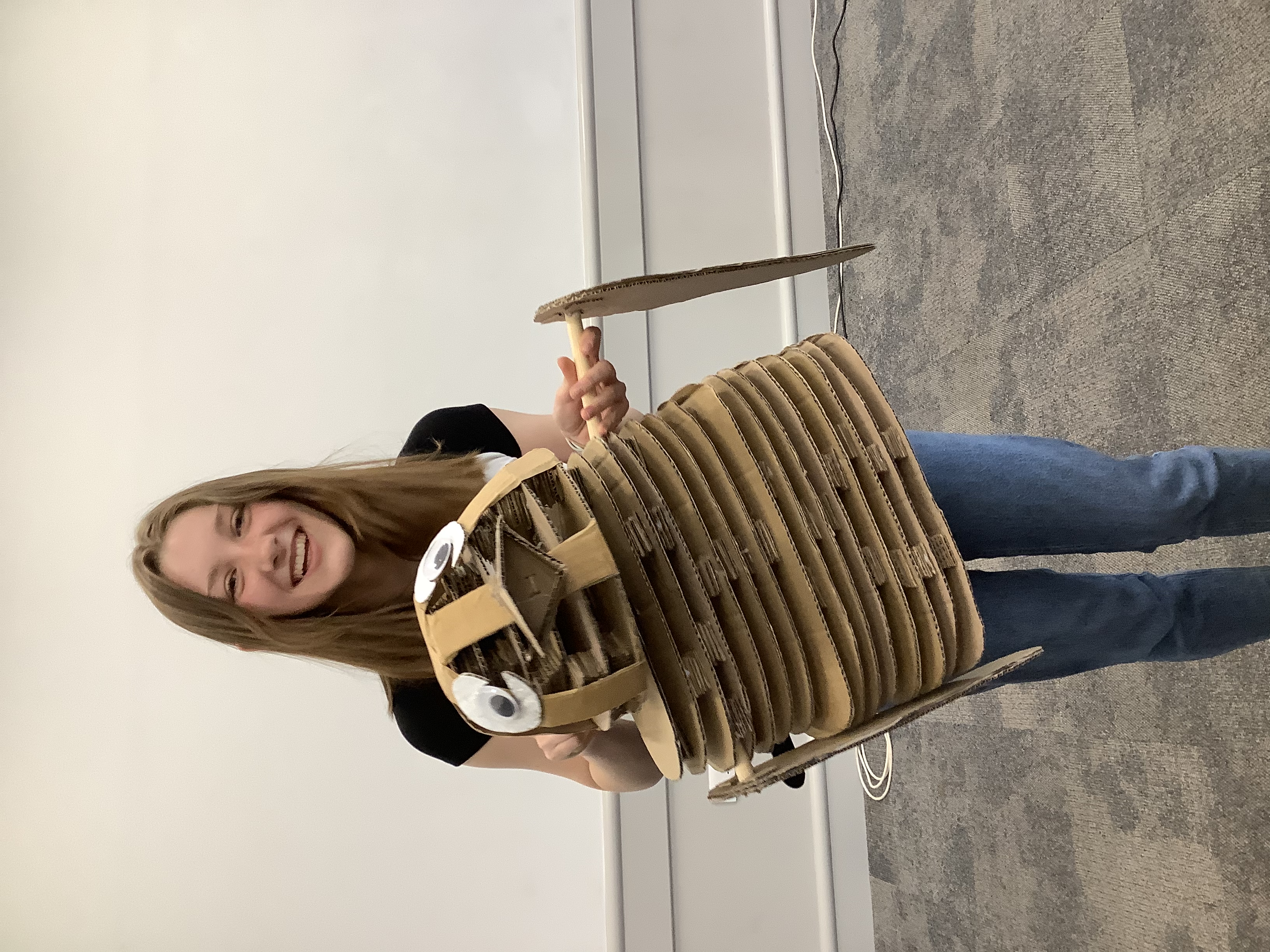 A Visit From A Penguin -

This week we had not one but TWO special guests.  Layla Bradbeer; a set designer and prop maker for film and theatre and her Penguin; A puppet and big part of a new children's show Georgia and The Iceberg written and devised by both Layla and our lead facilitator Rohan.

Layla showed our young writers some of the work she has been doing recently and how she works with writers to bring the images they have in their head to life.

The writers had to choose a book or film and imagine the story set somewhere else. Here are some examples:

The talk was really exciting and gave the writers a great insight to not only how important setting is to every story but also how, in scriptwriting, even a prop or a mention of a colour or hue in the text can change an audience's interpretation on a whole character or situation.

After this part of the session Layla invited the young writers to hold the penguin puppet. She showed them how it moved and how easy it can be to connect with an audience.

In the evening we were lucky to take some of the group to see the show ‘Triffids’ by Platform 4.

It was a gig theatre piece based on the book ‘The Day of The Triffids’ by John Wyndham. It was eerie and included some interesting set and theatre devices including animated triffids dancing on a big screen and a cactus that had been turned into a stringed instrument powered by electricity. We will be writing  reviews next week but an immediate favorite moment from the show seemed to be a song about vegetables played on a looping device.

In preparation for the show, at the end of the workshop we explained gig theatre to the writers, showing them a few trailers and doing a mind mapping exercise about how to start turning an idea into a show.

I can’t wait to hear what the writers thought of the show and hear what they noticed about the setting of the play/book and how that was incorporated into the feel of the piece.

Last week we missed Pearls Flash fiction out of the blog. We would hate for you to miss out so we’re putting in right here so you can read her work.

The clockwork figure got closer. The ticking and whirring noises grew louder. An elaborately designed, serrated dagger, with the initials KL on it, pierced through Ingrid’s book. She recoiled in horror; it was too late - the machinery had cornered her. Covered in glistening red, the sword withdrew. Everything went silent… 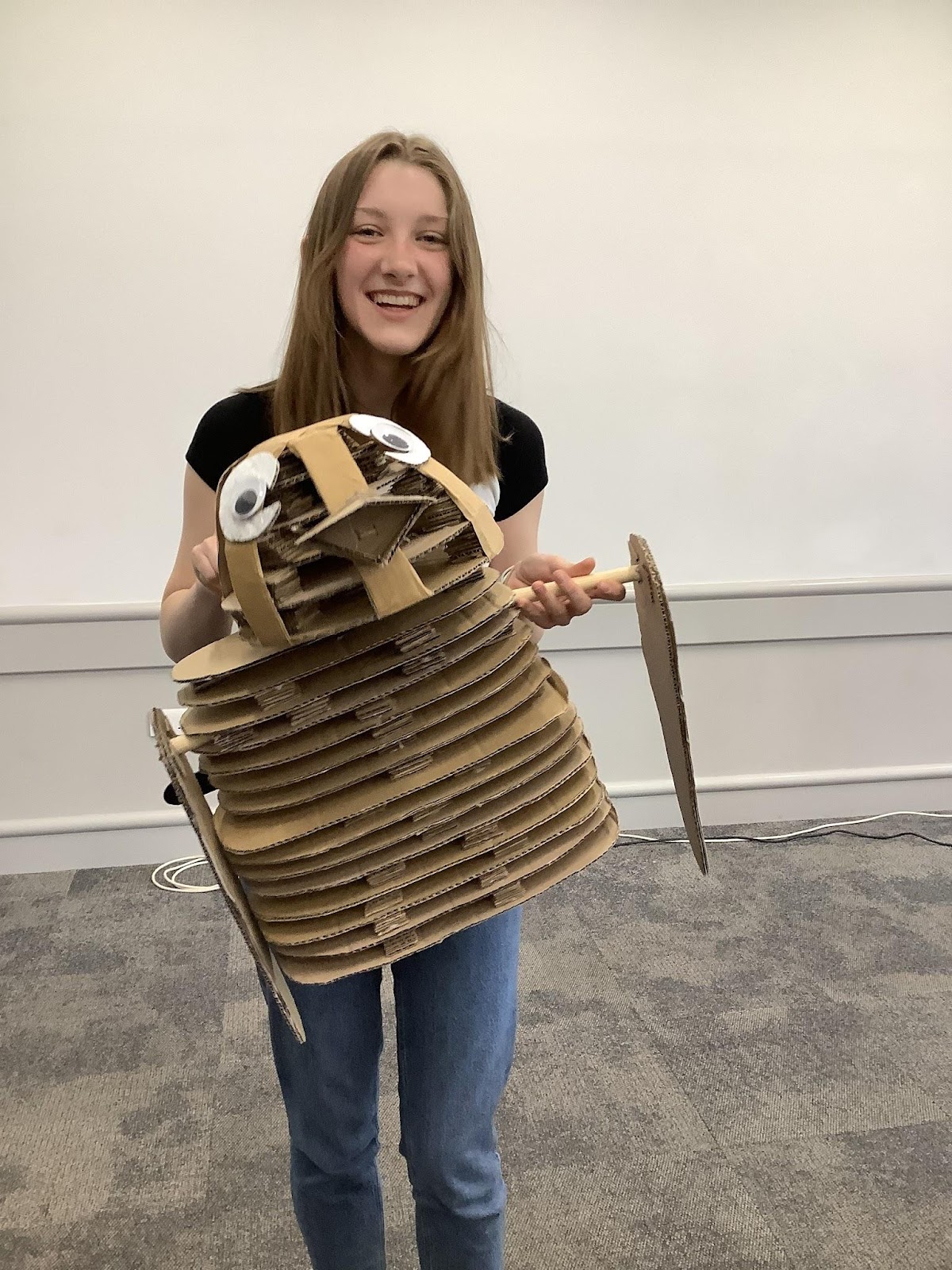 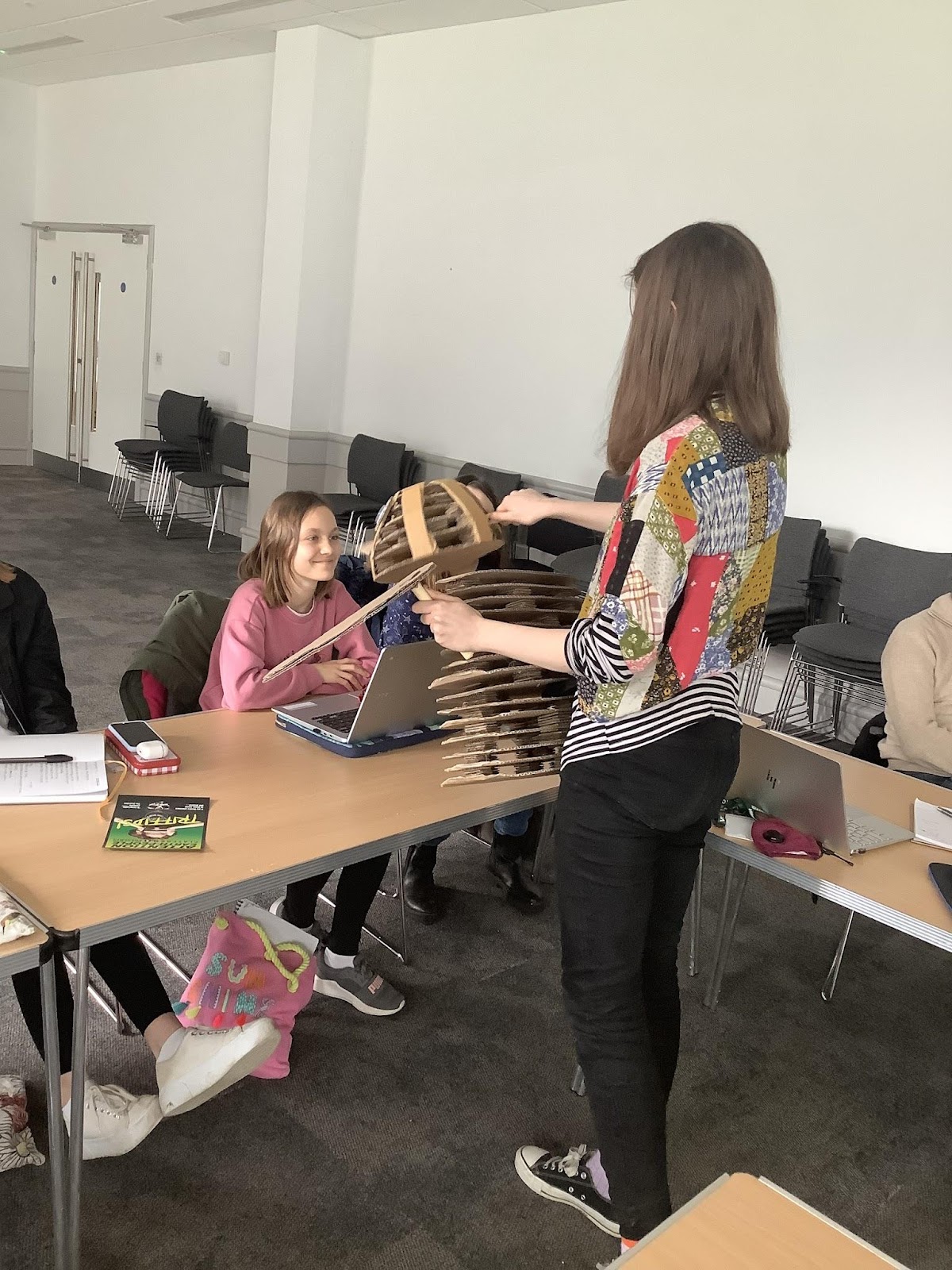 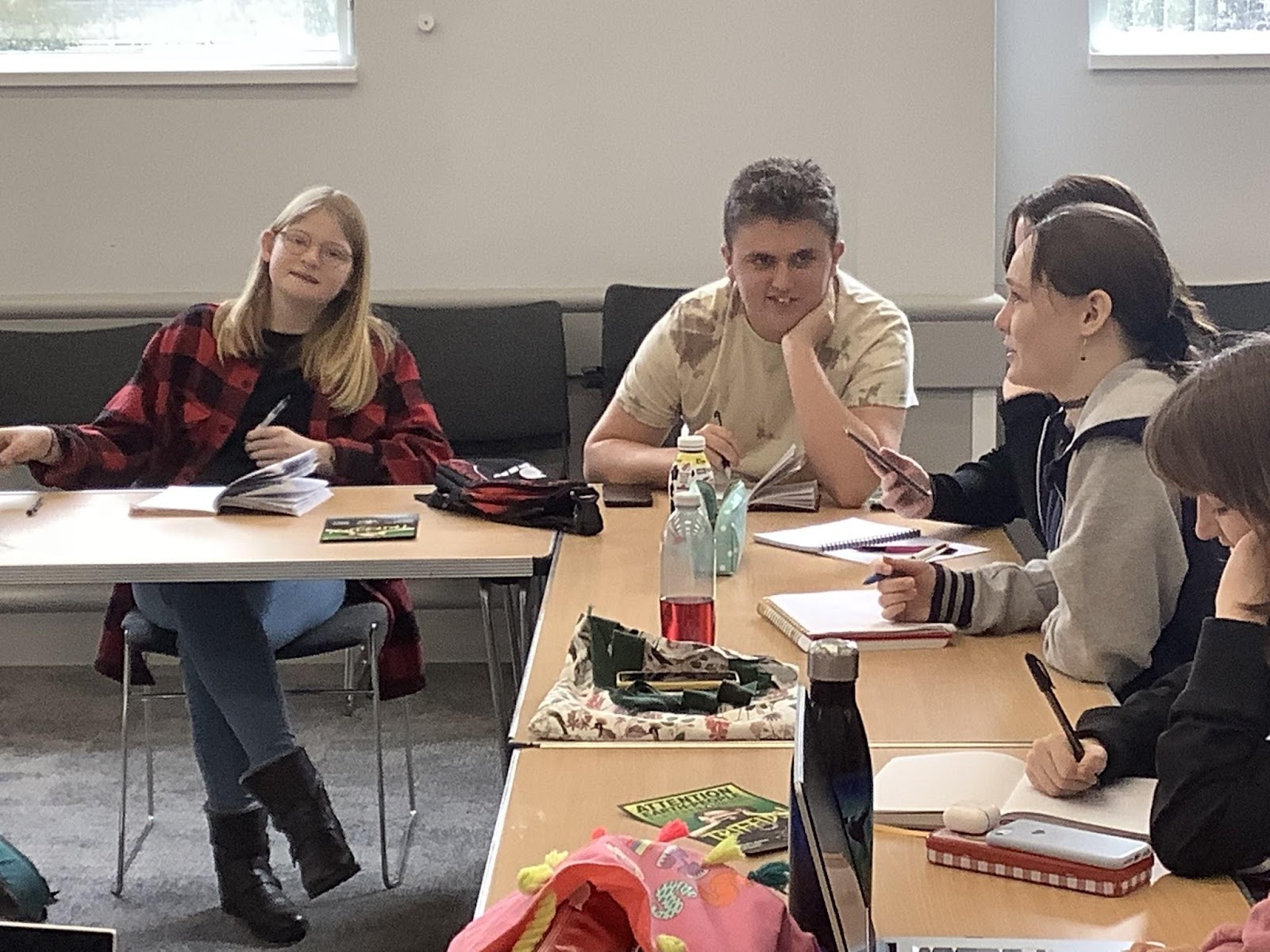 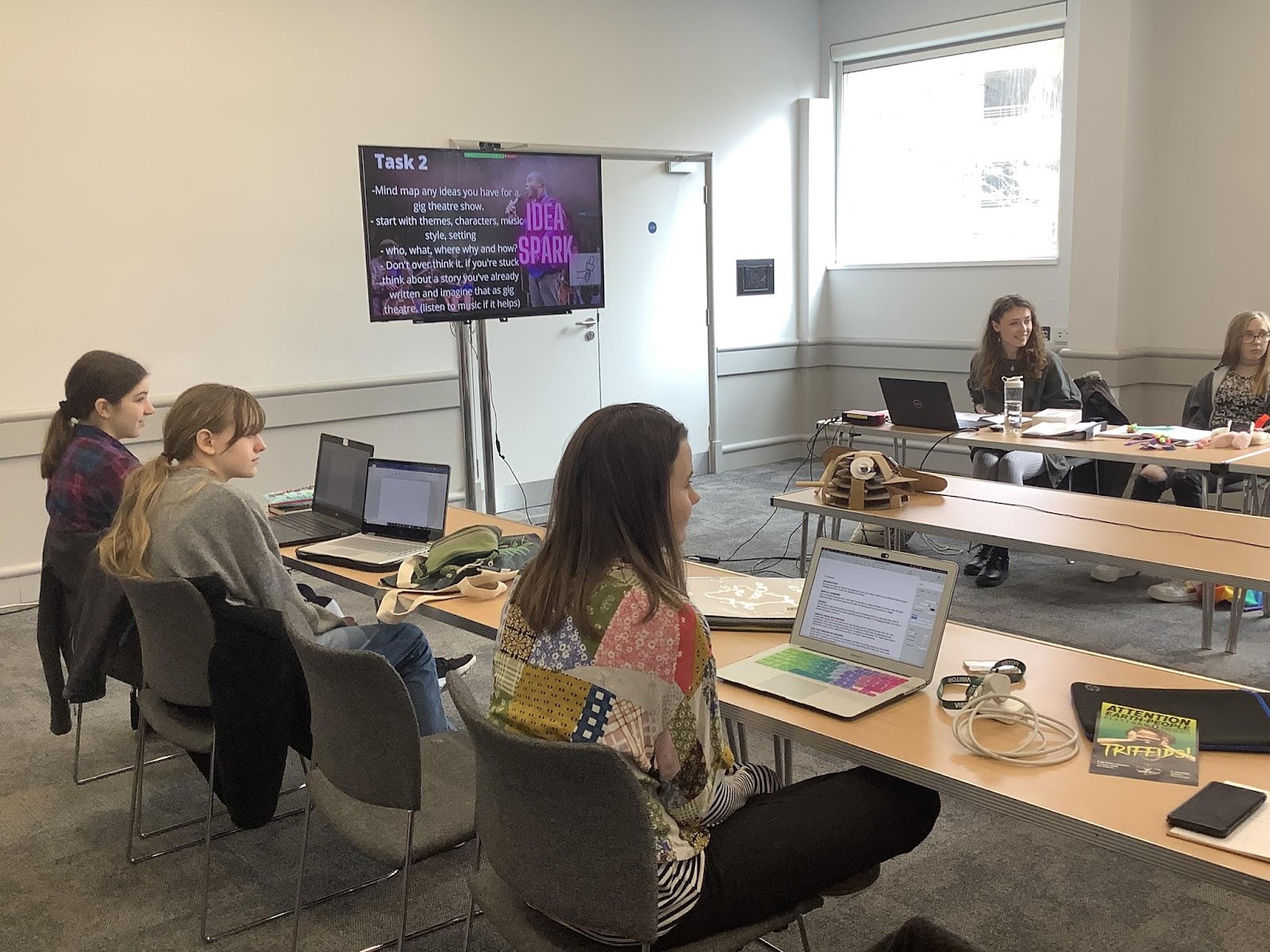