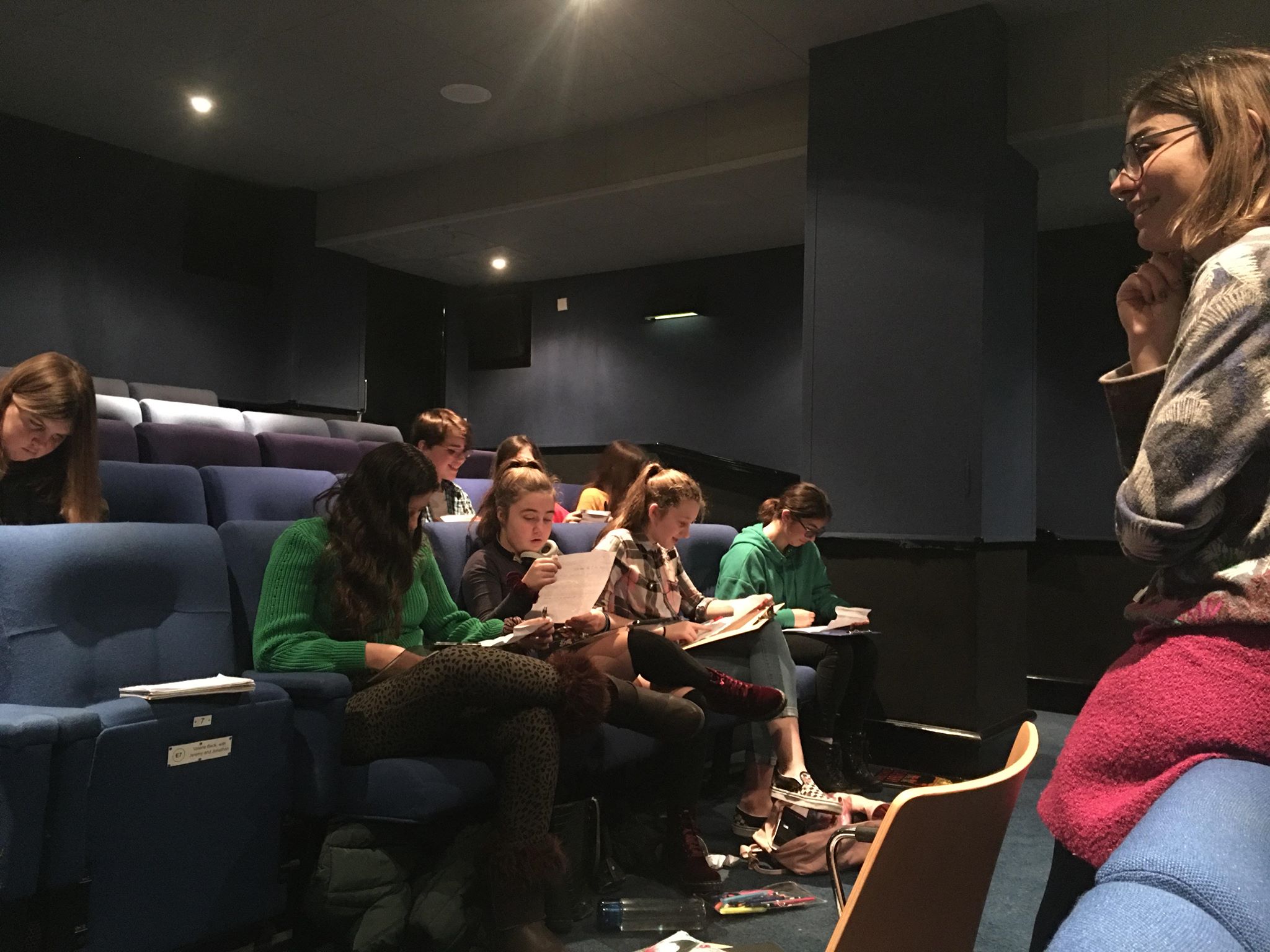 As Christmas is fast approaching (and Lighthouse Pantomime along with that), we decided to focus this week on the classic fairytale of Jack and The Beanstalk, but instead of focussing on the facts within the story, we retold it!

First, we went around the room and said what our favourite fairytales were, these ranged from Mulan to the original, grim version, of Cinderella.

Then, in pairs the young writers explained the plot of Jack and The Beanstalk, which we discovered had many variations! However, the main principle still remained - Jack sold his family cow for some magic beans, and when returning to his mother with said beans, she was not best pleased so threw the beans out the window. The next morning, Jack discovered a huge beanstalk which lead to another land, one in which a Giant and his wife lived. Upon entering the Giants' house, the wife Giant helped Jack escape before the husband discovered him, however Jack stole some golden eggs on the way out. In the days preceding, Jack then stole the goose, and a gold harp, which called out to the giant as it was being stolen, causing the husband Giant to run down the beanstalk attempting to catch Jack. However, on his way down, Jack grabbed an axe and chopped down the beanstalk, meaning the Giant fell to his death. Jack and his mother lived happily ever after with there riches.

The young writers all discussed the morals within this story (which seem a little warped!) before considering how the story could be retold.

Then, in small groups, the writers were all given characters within the fairytale which they had to re-tell the story from the perspective of. The characters used were: Jacks mother, Daisy the cow, the Giant's wife, and the Giant himself.

Megan, Jazmine, and Hailey all had Daisy the cow and their plot went as follows:

When Daisy is sold to the old man, she feels worthless and scared. However, upon following him to his home, he reveals that he is the Giant's spy, and that he has been tasked to save her. He then asks Daisy what animal she would like to become, and she chooses a golden goose. Although happy to be safe and rich, Daisy does miss Jack. Therefore, when Jack then storms the Giant's castle and steals the goose, Daisy is thrilled to be back in Jack's life.

Going down a much darker and more serious path, Martha, Gracie and Scarlett wrote a plot in which the Giant is confused with his personal identity and sexuality, and therefore punishes his wife physically. An emotional and deep take on the tale.

From the Giant's wife's point of view, Lilly wrote:

I heard it, jarring me out of my for once peaceful sleep.

My heart stopped. Who was in my house? What did they want? Did they want to hurt me?

No. They sounded young and slightly shaken. I should at least go and find out what's happening.

Tiptoeing into the kitchen, I peaked my head around the corner to see a boy the size of my toaster running around my floor. He was so small, it was adorable! He was so excited to be in a place so much bigger than he is. I cautiously approached him, crouching down as small as I can, but still over three times his height.

He gasped, staring in shock. I smiled gently and explained, "I am the wife of the Giant who lives here, I won't hurt you, don't worry. You're the first guest I've had in years."

He winced at my voice, but then politely replied, "I am Jack, and thank you so much for not being scary."

Similarly to the younger group, we started the session by sharing what our favourite pantomime OR fairytale was. These ranged from Peter Pan (apparently the pantomime includes water guns), to Roald Dahl's Revolding Rhymes.

Instead of telling Jack and The Beanstalk from different points of view, the young writers were tasked with completely transporting the whole fairytale  in a completely different genre. This could be in the future, another planet, it could be political - ANYTHING!

To get their cogs working, we asked a series of questions which would conjure up ideas.

Who will Jack be?

- A criminal on the run

Who is the Giant?

Who is the mother?

What will Jack's house be?

What does the market represent?

Where does the Giant live?

What will the Goose/eggs/harp be?

Then, after a quick game of fairytale consequences, where this was curated:

Butters met the Fairy God Mother in a cauldron.

And the consequence was that Snow White's dwarves killed them both with their pickaxes... (lovely!)

the young writers wrote up their re-vamped fairytales.

Charlotte was re-writing it as a police investigation with a series of interviews, Ophilia had changed it to a time travel fantasy piece, and Thomas had turned it into a Sherlock Holmes case.

All amazing and original work! 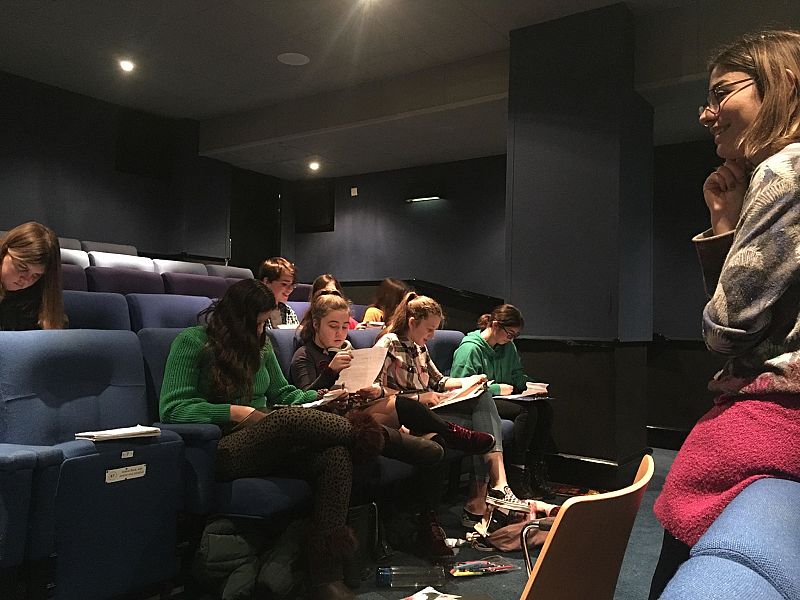 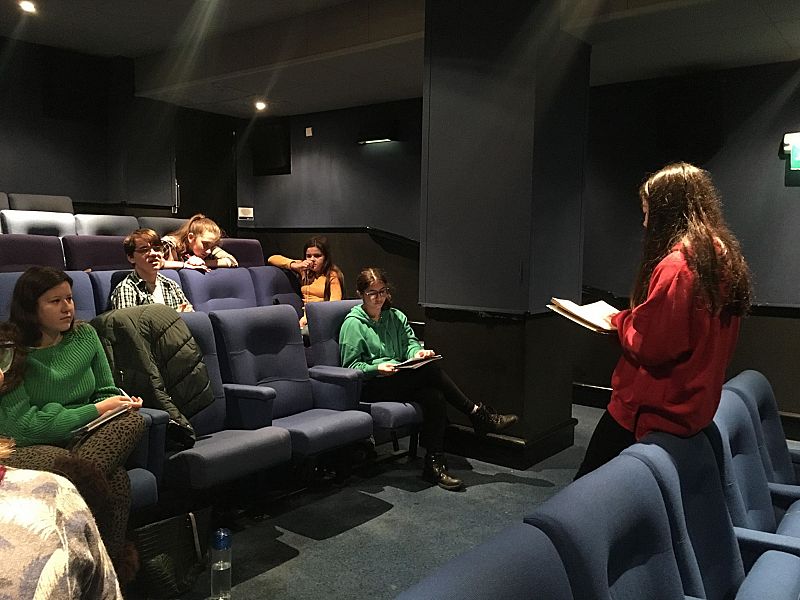 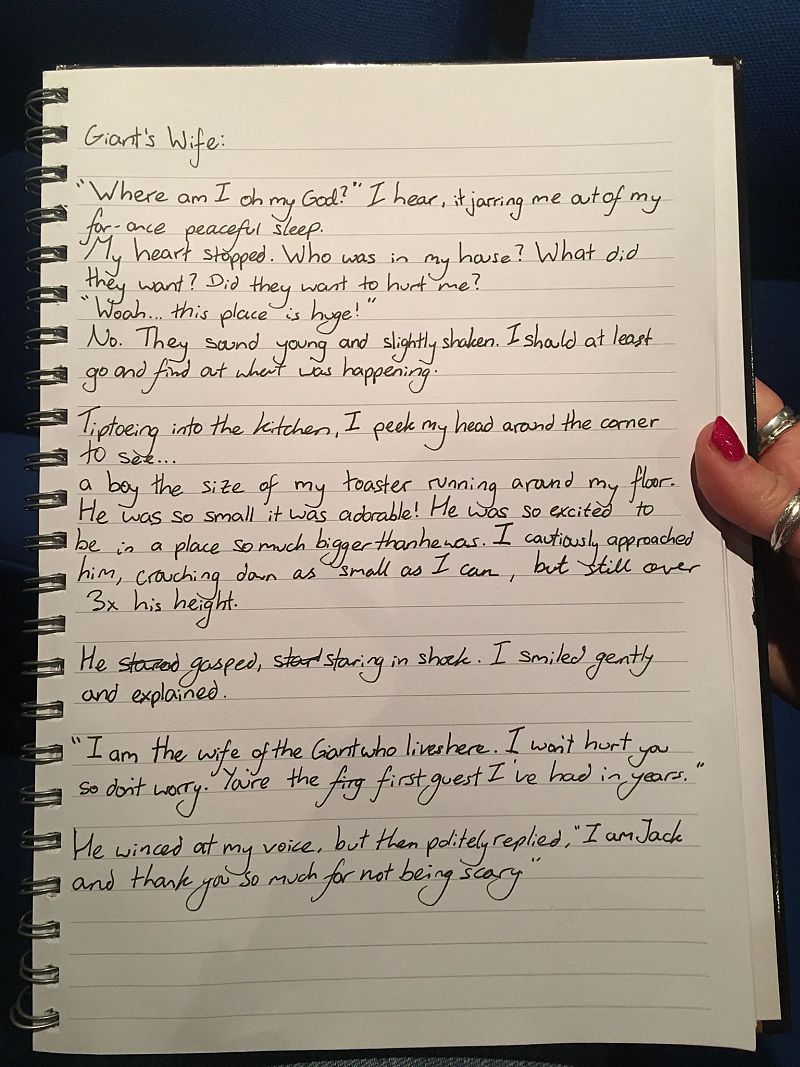