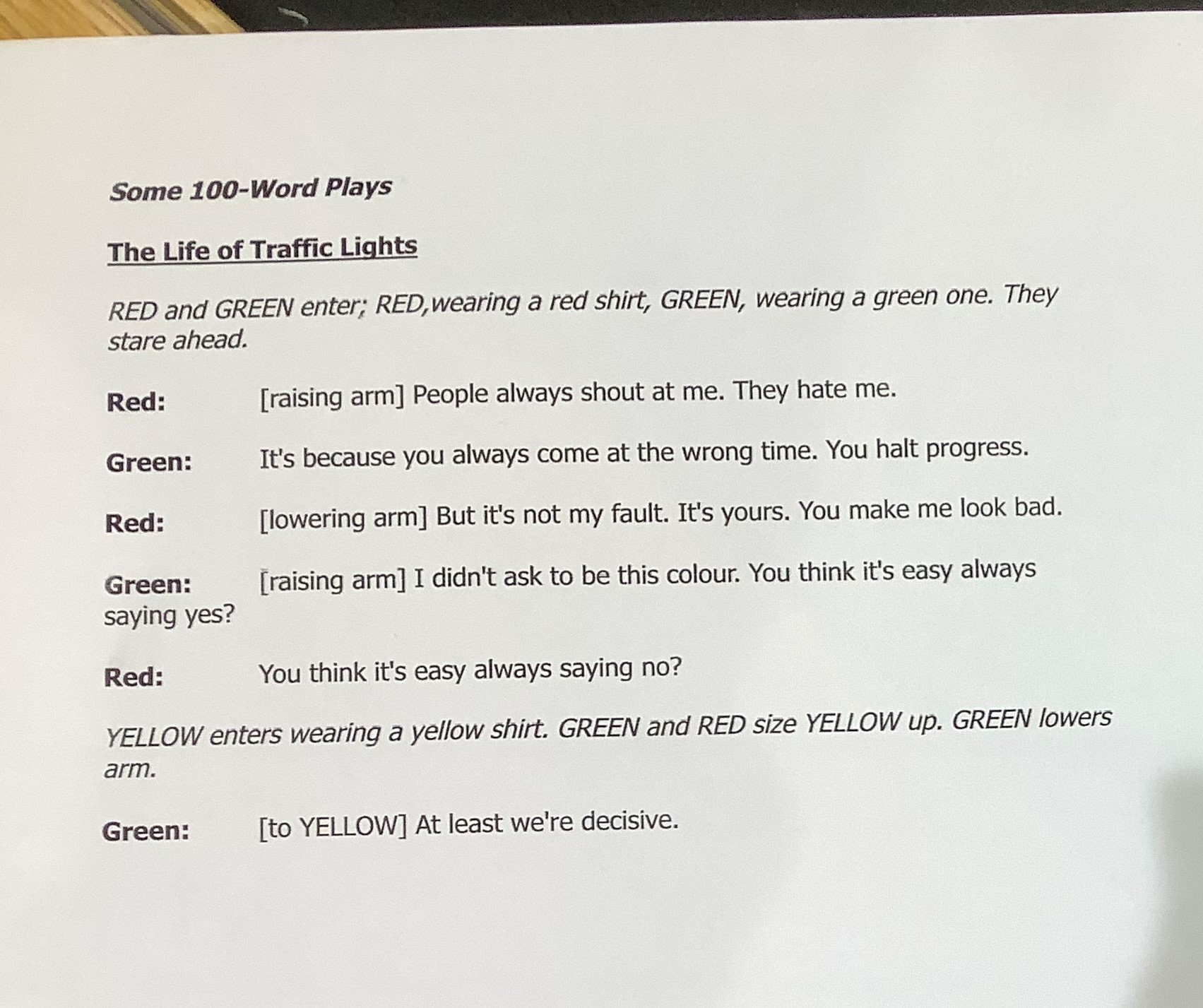 This Tuesday’s session began with the prompt to ‘describe your week as collage materials’ (answers ranged from hot glue to fast food receipts, with a surprising lack of glitter).

Antosh shared some short plays of his (see two below), written years ago inspired by Craig Taylor’s One Million Tiny Plays about Britain. Their construction as short bursts of content reminded the group of Vine / TikTok.

We were asked to script our own tiny play by personifying two objects and thinking about their relationship with each other, which we found thought-provoking and difficult, when it came to deciding which object might be funny to put onstage.

Anna picked an object in the room – a water bottle – and wrote a dialectic between a bottle and a lid – “they’re not getting on very well”.

Reintroduced to last week’s fear maps, we were asked to apply the same tiny-play structure as we had with the objects but to a kind of fear (heat, heights, dark), with no pressure for it to be funny, instead to naturally build any emotion out of the abstract we chose, coming up with three different skits if we could.

Libby focused on craneflies (they come when you least expect them) and Louise on claustrophobia, homing in on a new perspective for each of her separate skits. Coming up with new ideas was the biggest challenge for the group – some found a smart way forward by adapting the same joke differently a few times (to the point where it became meta).

Finally, the group revised their skits using the ‘intention-ing’ technique typically applied to acting, asking, ‘What does each line do?’. Having identified their purposes, we could then subvert the intentions of lines to find new material.

Rewriting made it easier for Jade to contain her thoughts, since the first draft was already written, and she could approach editing with a logical mindset. Libby found the opportunity to change the way her characters met, and it worked better the second time around. Editing was overall a challenge to our typical processes.

Crow’s Nest was featured this week on the Barton Peveril blog – read that here. A new session begins next Tuesday at MAST. 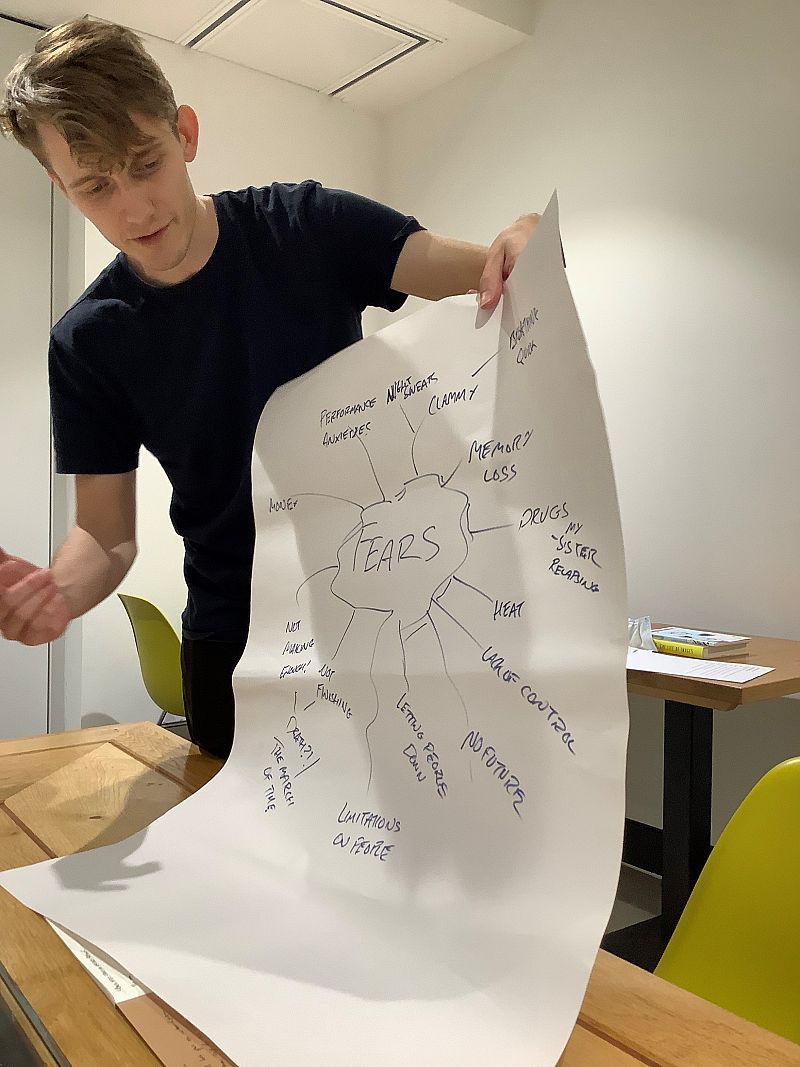