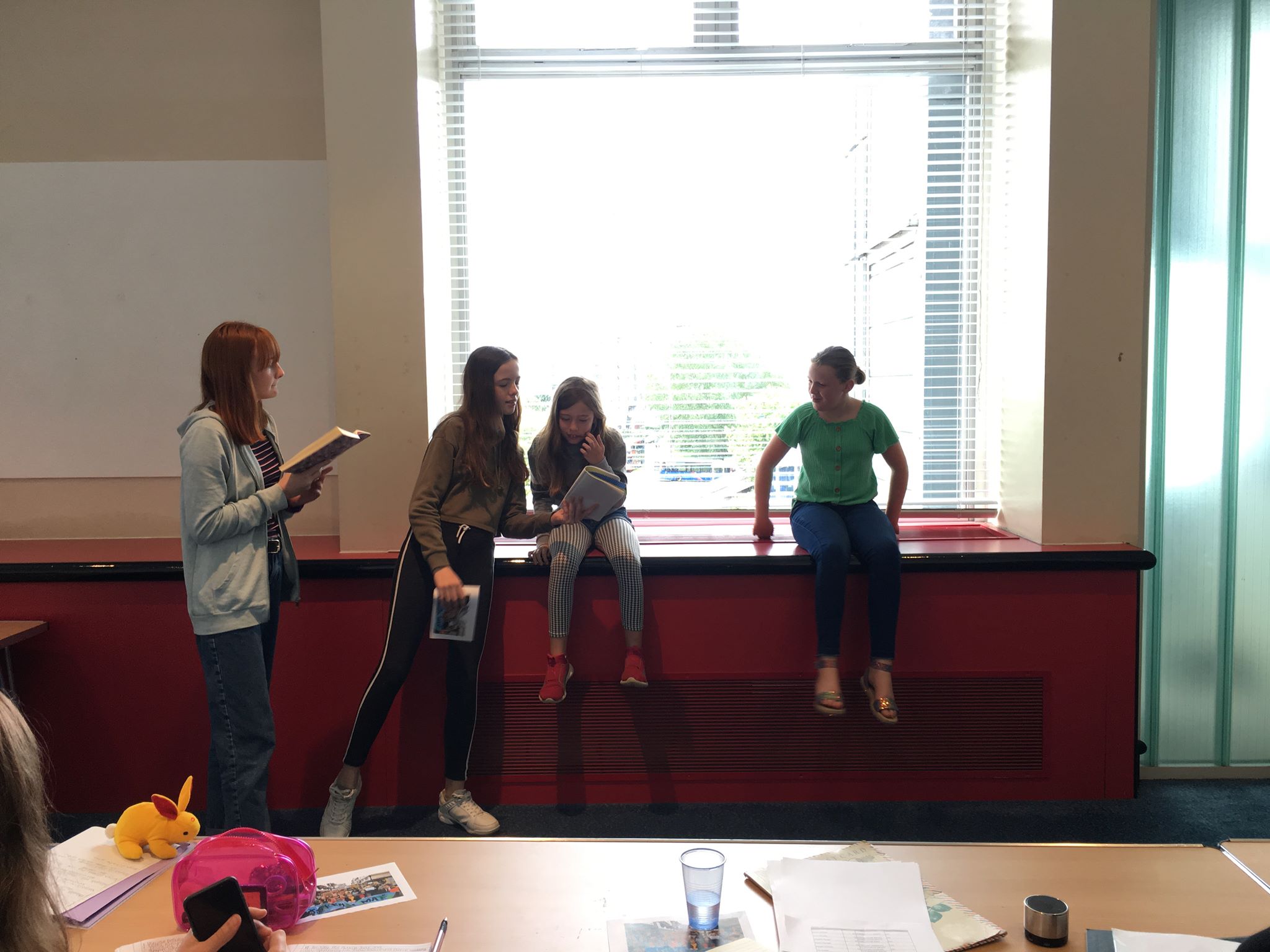 With the current state of the world, and the coverage of numerous protests that are constantly hitting the news, we felt it appropriate to spend this week exploring protest writing.

With a playlist of Bob Dylan, John Lennon, and Billy Bragg as background music (which the younger group absolutely hated, and demanded we play chat music instead) the writers were asked to think about things that made them angry. Answers included: little brothers, liars, and when people eat your food.

We then all looked at photos of a climate change protest that was conducted by young people in London, and pondered on what each protester is thinking and shouting about.

After this, each writer then picked one individual person from the photo to build a character from. We questioned:

- What do they feel?

- Why are they there?

Lilly decided that her protestor had bunked school with some friends because they wanted to change the future, while Talia's protestor was a 14 year old 'photo taker' who was only there because she hoped to be seen on the TV.

To put these questions and answers to use, the writers then wrote post-protest diary entries from the point of view of their characters.

Aofie's diary entry opened with: I've had the scariest day of my life, but after what I've seen today, I'm certain that scarier days to come.

Megan wrote a compelling piece that demonstrated her brilliant knowledge of alliteration and metaphor.

After a quick game of climate change themed consequences; where Donald Trump and Theresa May argued over the use of plastic bottles, the young writers then wrote a duologue with the person next to them (which they also performed), again surrounding the theme of climate change protests.

Again with a backdrop of protest songs (this time received much more warmly), the writers were asked to think about what made them angry. Answers included: the pay gap, homework, and Thomas's upstairs bathroom.

We then looked at images of the Rebel For Life protest, the Die-In at the National History Museum, and the Invisible Circus silent, non-violent, emotive protest. We discussed what we thought they meant, why they made an impact, and how they made us feel.

After this, the writers imagined that they were at the protest as a journalist, photographer, or protester, and wrote a piece in any form, of what they witnessed.

Ophelia built a whole new protests, one which stands-up for animal rights, while Lily created a character that did not understand the meaning of the Invisible Circus protest, and therefore was questioning their motives.

Thomas wrote from a whole difference stance, one from the point of view of the control police at the protest:

"The city has been compromised."

"What are you-", Dan felt something in his head, a needle shoved into his scull, getting stronger and stronger. In panic, he whirled around to look for the other officers, and they all had their phones to their heads too, in evident confusion.

Dan breathed a sigh of relief, and turned back around to talk to an old couple.

A small metallic device, embedded in his brain, detonated the oxygen in his blood, frying his haemoglobin and burning his organs until his body combusted in an obliterating explosion that consumed the streets of London, sending mutilated extremities flying into the sky in a glorious illusion of safety.