Out of all the ways to workshop, share screen on Zoom is probably the most physically challenging I’ve personally faced, however that didn’t deter us. With the deadline for Never Such Innocence’s Unheard Voice’s competition fast approaching, we took the time to evaluate our submissions (or anything else we’ve been working on) and develop our feedback skills.

There are numerous resources out there to create your own tasks – not to downplay what we do – however finding a group of people that you can trust enough to share your work with and accept suggestions from is tough, and the reason becoming a member of a group like this is so vital. It can be scary, it’s hard sharing your work and receiving opinions and critiques, I commend Rowan, Gene, Conrad, Cassie, Katie, Hannah and Louise for doing so this week. Feedback is a vital resource. What we chose to do with it is our own prerogative. Sometimes it’s enough to know whether our vision is being communicated effectively or not, other times it’s sifting through conflicting suggestions and deciding what works. Sometimes it’s knowing when to stick to your guns, knowing your piece well enough to explain why you’ve chosen to do something – perhaps that then evolves into a conversation, perhaps it evolves into self-reflection in light of comments made. Either way, it’s taking the work from the writers eyes, often too close to the piece to see what’s happening, to fresh eyes and wider views.

Our feedback covered all sorts of things, from word choice, perspective, wider world, ending lines, to titles. Titles can lend a lot of weight or context, especially for short pieces and poems like we’re writing for the competition. But we didn’t just workshop competition pieces, Conrad brought a murder mystery he’s been working on. There was a bit of cheating when everyone access the Google Doc folder and uncensored the end before we could guess the culprit. The discussion of grounding the detective in the narrative without taking focus from the story brought up radio play Annika Stranded which starts with a seemingly random fact she’s ruminating on that then weaves itself into the story.

Talking of random facts, it was one of those weeks again for group 1. I could start listing the (seemingly hundreds of) facts but in a spur-of-the-moment decision Susmita made an activity surrounding them. Because everyone is so keen on finding the most random fact, next week we’ll each bring 3 facts and use them to create a collaborative poem. In them meantime, to get us in the spirit, we made individual poems from the facts were already in the chat.

Over in group 2, Katie had the same idea as Susmita. In a week that included International Woman’s Day and the murder of a woman by a police officer, only to end in Mother’s Day, and with the group  being comprised of women, addressing womanhood seemed topical. We looked at two poems shared on Kate Clanchy’s Twitter. People Pleaser by Iesha about how to be a girl and Mother’s Day by Aisha Borja about her great-grandmother who had a child at 13. Using these poems as inspiration, we then wrote our own. As a topic we’re all invested in, it’s a prompt that’s going to be carried into next week as well, so maybe looking at Jamaica Kincaid’s Girl will help noodle some thoughts.

To leave off an explanation of what Snowman burning Day is - one of the more popular chat facts. On March 20th Lake Superior State University burns a snowman effigy up to 12 feet tall made of wood and paper headed for recycling. It marks the end of winter and started in 1971 when a group of students heard of a similar tradition as part of the Rose Sunday Festival in Germany. So, to the end of winter, political discussions, and random facts, we’ll see you next week.

About the creator of M&Ms who was allergic to nuts, by Eleanor 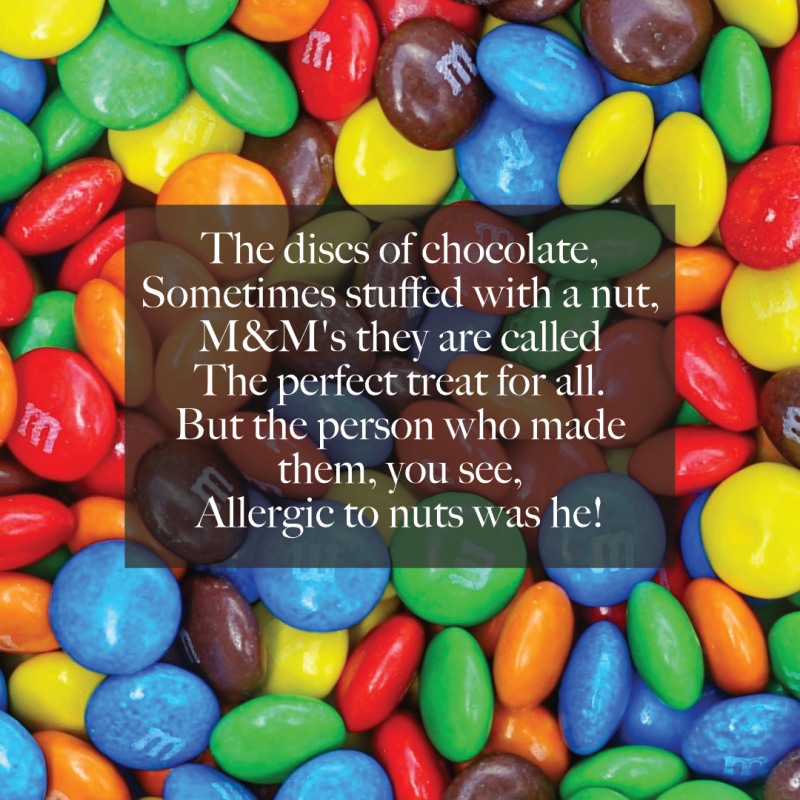