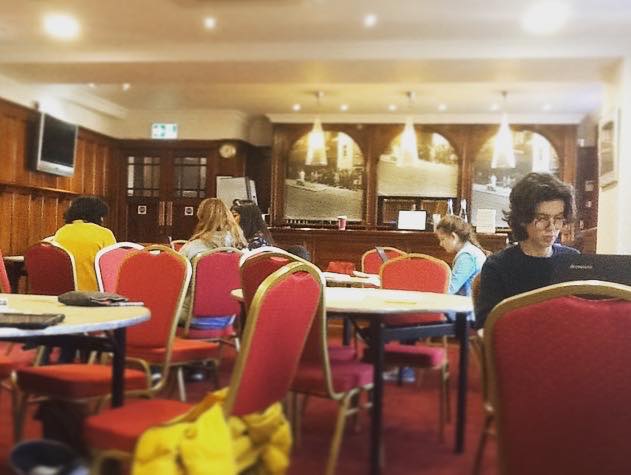 In our penultimate session working on the Tudor Tours scripts, the Young Writers finalised their character choices, found out some more about Tudor House from a former employee, and started typing up their final scripts. We also found some fun Tudor insults, including:

Cumberworld - someone who is so useless, they just serve to take up space

Dalcop - cop is an old word for the head, making a dalcop (literally a dullhead) a particularly stupid person. You could also be a harecop, or a hare-brained person.

Dorbel - as well as being another name for a nincompoop, a dorbel is a petty, nit-picking teacher.

Fopdoodle - an insignificant or foolish man

Gnashgab - someone who only ever seems to complain.

Scobberblother - someone who never works hard.

Snoutband - someone who constanty interrupts a conversation, typically only to contradict or correct someone else.

Look out for these insults, which sound like they come straight from the mouth of the BFG, in the Terrific Tudor Tours at Tudor House on 6th April!