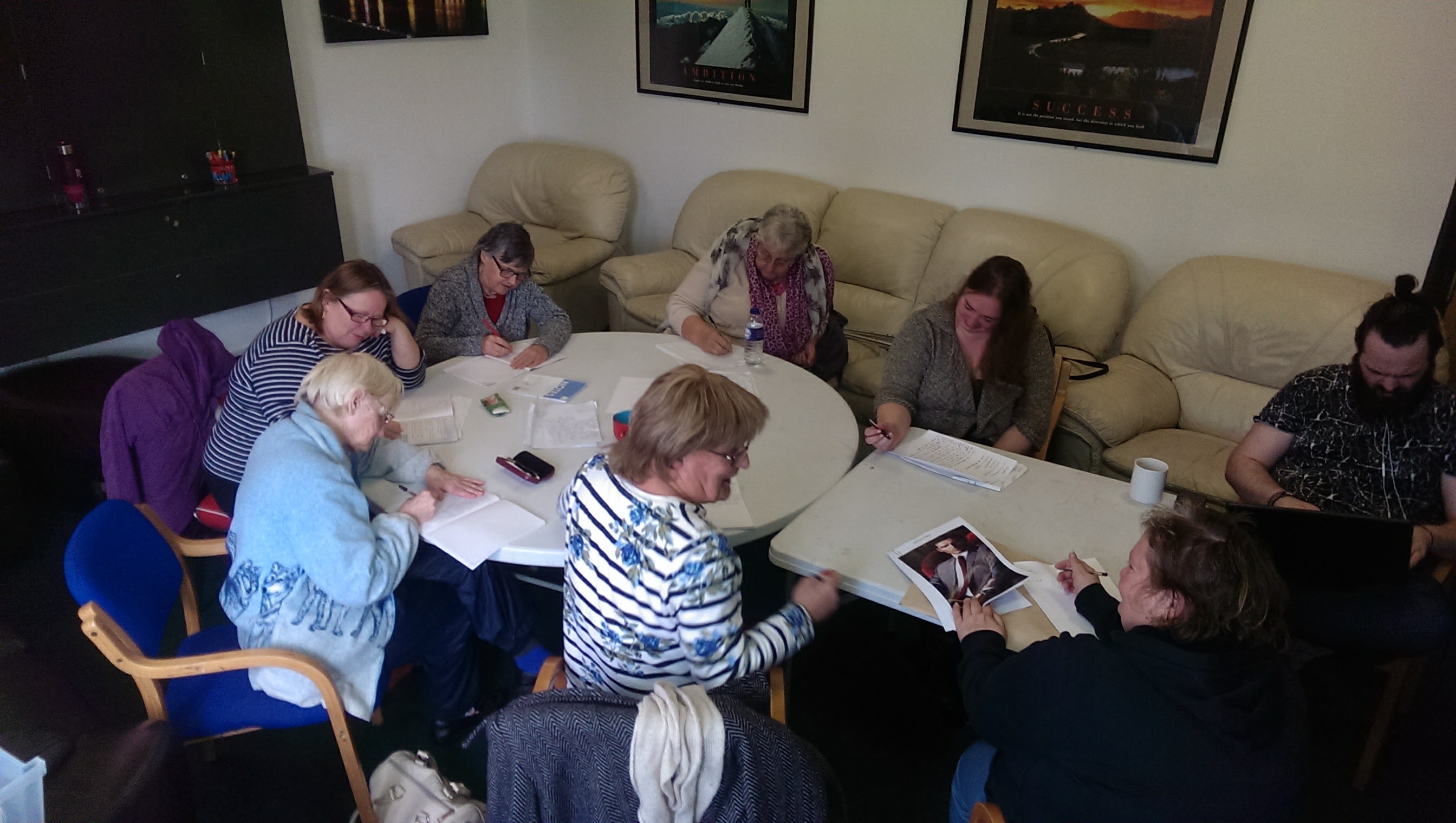 The West Howe Writers began as a six week taster run of Creative Writing workshops in the Summer of 2016. I was volunteering in the local wellbeing cafe, at The Henry Brown Centre,  and saw how there would periodically be arts, crafts and education courses ran by the West Howe Community Enterprise. Residents of West Howe, or at least those that came to The Henry Brown, had not been introduced to Creative Writing and still had a school room attitude to writing where spelling and punctuation were judge, jury and executioner. It was a joy to put this Gradgrind to bed over the six weeks.

The six week course was a success. I continued volunteering at the cafe, and over time there seemed to be enough consistent enthusiasm for creative writing  that putting on a weekly group became viable.

The group has developed its own ethos: it is very open-minded to new ways of writing, and to exploring new authors and poets. The members have become very supportive of one another. The foundation for my writing groups has been a preference for the concrete over the abstract, and a drive towards encouraging what ‘works’ in a writer's prose/poetry rather than picking out how and why we fall short.

One of our highlights to date has been a trip to the Bournemouth Symphony Orchestra, where we were given free tickets in return for our reviews. This was a new experience for many, myself included. On another occasion we had a visit from a troupe of Spanish gypsies as they devised a show for the Pavillion Dance Theatre. West Howe is steeped in Gypsy tradition. We had a coffee morning, sharing conversation and songs.

The West Howe Community Enterprise made the Creative Writing workshop viable as they provided space for us to meet, every Monday 10-12, at The Henry Brown Centrs. The Wellbeing cafe also runs at this time which has a two-time benefit, we are able to grab a cup of tea and a sandwich during break, and I am on hand to talk to any interested parties.

Numbers wise we have a core membership of seven writers although this has swollen to twelve at times. The group is very much come as you are, if you can only come once every month or two that's fine, if  you only want to sit and listen that's fine: we are happy to have you along.

I heard about the Do:write project through Matt West and  we agreed that Do:write was promoting exactly the kind of endeavour we were making with West Howe Writers; it was clear that after nearly two years there was an established base to build from  in terms of Creative Writing, Arts and Culture within West Howe and so this partnership was born.