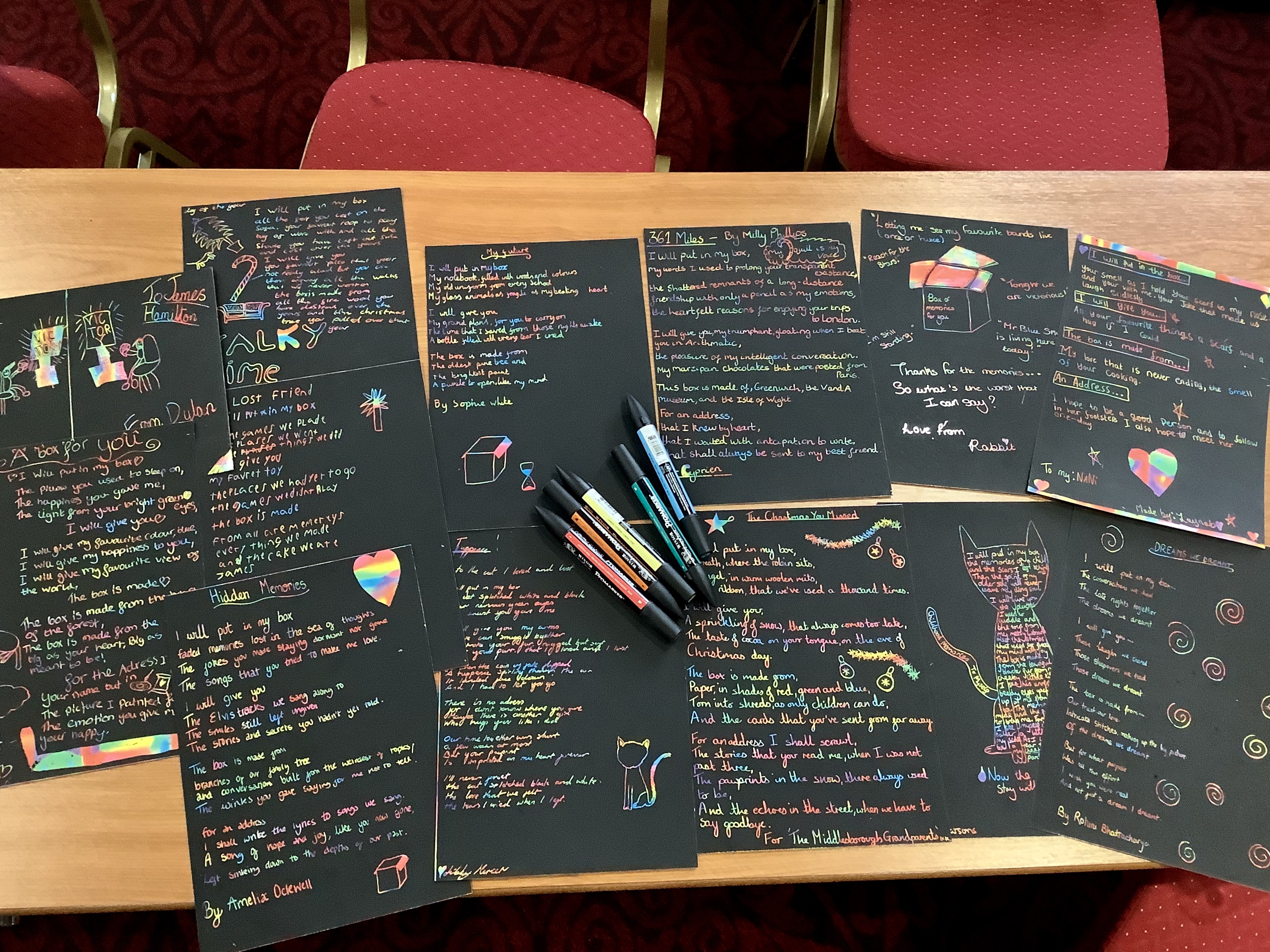 Group one- 13 in attendance

The Young Writers had their wish come true this week, as the session was purely dictated by ‘The wish box’ created at the beginning of the term. It was previously filled to the brim with any suggestions or topics that the Young Writers had a particular interest in or wanted to cover.

One wish was picked at random and the request was to focus more on poetry and art. We therefore combined these two elements, creating a form of interactive and descriptive poetry, allowing the Young Writers to easily and more accessibly visualise their written work.

Together the group Looked at the poem “An Unsent Present” written by Phoebe Harvey (16) during Kate Clanchy’s workshop , in which an imaginary box and its abstract contents were described.

The Young Writers then utilised the topic sentences for inspiration, following the same structure but changing the recipient of the box and its respective elements inside. For example ‘I will give you’... and ‘The box is made from’... began the stanzas and prompted our own ideas. We developed our poems, watching the box come to life before us, reflective of our own individual, special memories and feelings towards the receiver of the box.

Once perfected, the Young Writers shared their creations with the group and planned the imagery they wished to accompany their unique poems.

‘Scratch painting paper’ was given out as well as a scratching tool so that the poems could be written or explained through imagery in an imaginative and aesthetically engaging way. Take a look for yourself, the attached images show just how effective this technique was!

Unfortunately not many details can be disclosed about this weeks session, however we promise we are working on something very exciting. Watch this space and all will be revealed in the next blog! 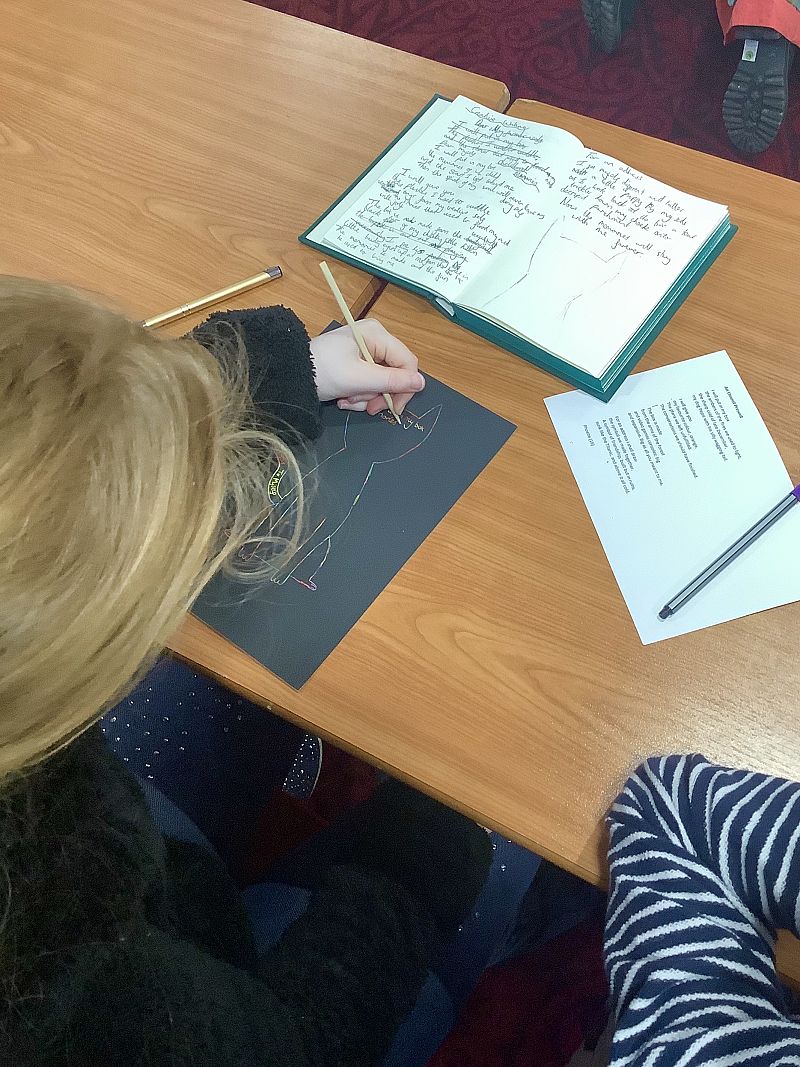 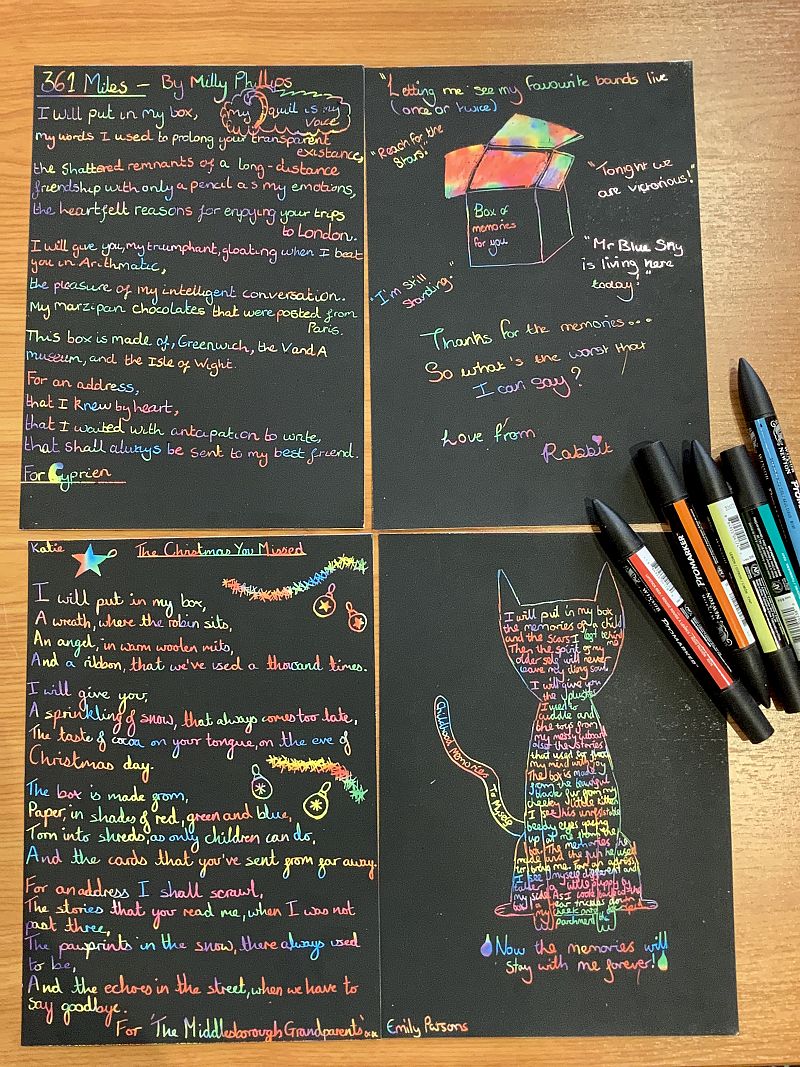 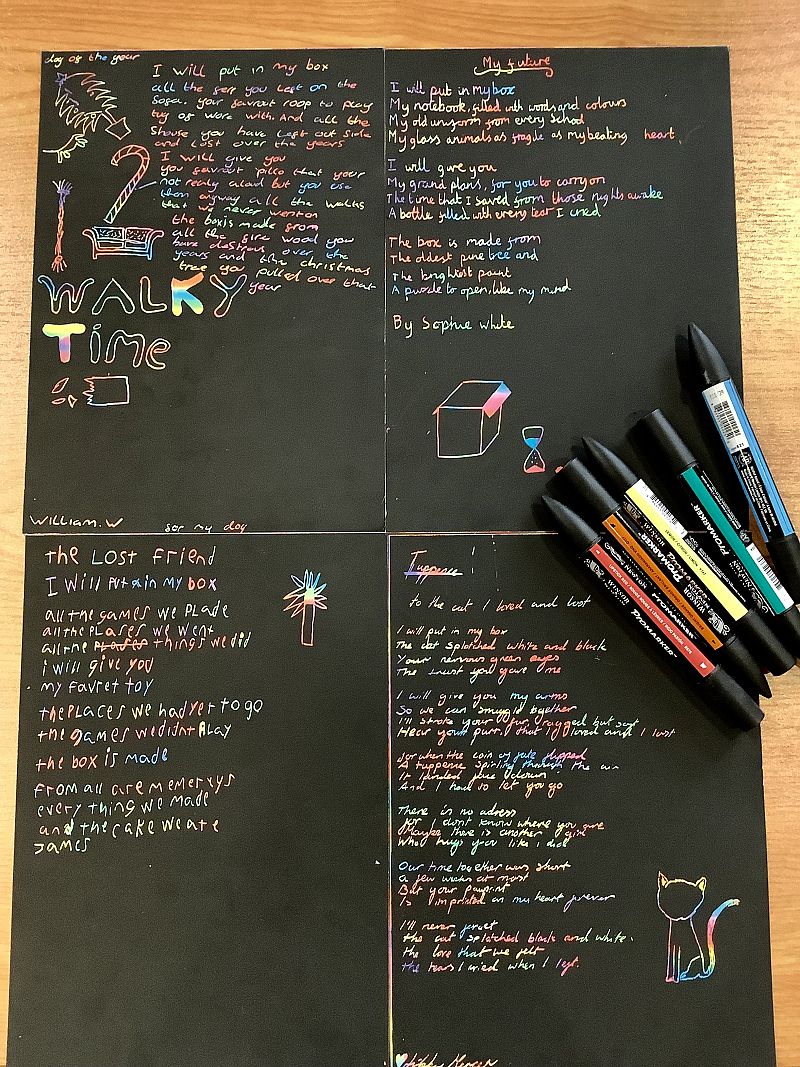