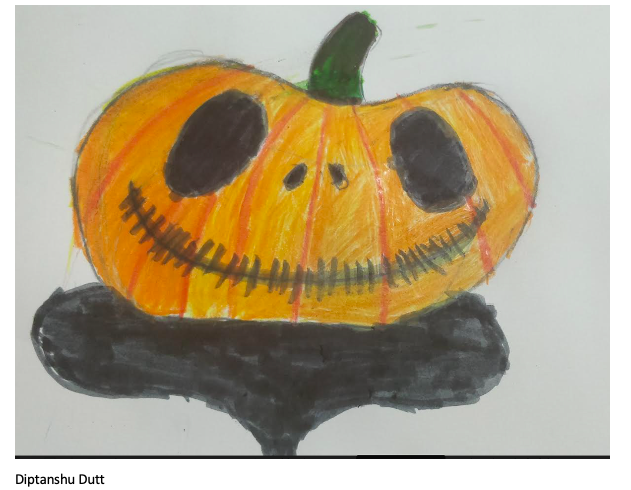 We are looking at writing diaries, in preparation for the Derek Jarman's Modern Nature exhibition at the John Hansard Gallery.

Here are some diary entries the young writers wrote after watching this short film about a farmer and her enormous pumpkin!

I was planning to sow some seeds, and this was my present from my parents. I was so excited

to use them. I sowed all the seeds and waited for ages so long that I feel asleep. After I woke

up, I saw something. In my surprise, I saw a giant pumpkin. I was discombobulated.

I tried to move the pumpkin myself. It was as huge as Three Georges Dam. I then heard my wife coming. She also tried to lift it with me. Then all the villagers came with strong, elastic ropes. We tugged on the rope and pulled it to our house. It was quite hard to move. I once thought it was stuck to the ground.

I felt bewildered. We had a full course with pumpkin cake being the dessert. The pumpkin was delicious. All the farmers said it was well cooked. I gave them a big thanks.

I am writing to tell you what happened over the past few days. I was planting pumpkin for Halloween. I had only 10 large pumpkin seeds. I dug in the backyard at different places and found out best place to sow them. I planted all of them in one place. All of a sudden it started raining. I quickly ran inside and fell asleep due to tiredness from planting. The next day, the golden sun rays fell through the windows directly on my face to wake me up. I woke up and quickly ran to my backyard. I found an enormous pumpkin in the same place where I planted the seeds, I rubbed my eyes twice to believe the scene. I was delighted by seeing my backyard.

I started taking out the pumpkin but it was too heavy. I felt like it was as heavy as a truck, so I called my friends and family to help. But it still did not help. Then I said “Hmmm, this pumpkin might come out with a rope”. We tied rope on the pumpkin and pulled with all the force, but it still didn’t come out. We all then blew a whistle and a dog and a mouse came there. Then the animals help us and… it finally came out.

Then, we invited all the people who helped us on the pumpkin adventure for dinner as a treat. As the pumpkin was big, we made pies, cakes, soup, juice and so much more. We also decorated the dinner table with tiny lantern made out of pieces of gigantic pumpkin. We all spent time together and enjoyed the great moments of pumpkin feast. The pumpkin was sweet and yummy. At the end, we still had a half of the pumpkin to use for later.

I was going to grow some fresh plants I'm going to sow my seeds when suddenly, I turned behind and I saw a massive pumpkin. I was thinking what to do with it, but I got an idea. I tried to move it to the barn, but it didn’t work. I was so jolly with excitement that I couldn't control it! I couldn't move it because it was heavier than I thought.

The pumpkin was the best pumpkin I saw in my entire life! It was heavier than an elephant with stuff on it! I didn't know the ingredients, so I was guessing it was heavy. I needed some help, so I called my husband and some of the other villagers and the animals to help us! We all said” Heave-ho but that didn’t work,” I said. So, there was one last option. to get the rope and all the villages my husband and the animals used it and I didn't know, but my eyes were deceiving me! The pumpkin was moving! I couldn’t believe it!

We were all super relaxed and we planned to have a celebration at the farm near our house! I spoke “Everyone did their part so you will all get a reward”. People were muttering and talking in the background about the reward. But then, someone wanted to make a toast. “Clink-clink-clink, Everybody I would like to thank you for your appreciation today”, said someone. “Ok about the reward ...” I spoke. “You will all receive… a piece of the huge pumpkin!” I spoke. Everyone cheered, clapped and smiled.

Thank you for listening to my story

I was so happy this morning . I  received some pumpkin seeds yesterday as a present and now I planted them . After, I finished planting my seeds , I waited for my pumpkin to grow. I was so sleepy that I fell asleep . When I woke up to my suprise there was a  gaint pumpkin . I rubbed my eyes twice and the pumpkin was still there . I decided to take it home. I tried to pick it up but, it was so heavy that I wasn't able to pick it up . Therefore, I called my husband .

Then I had an idea. I got a rope and wrapped it around the pumpkin.   Then, we tugged, pulled and heaved at the rope and finally managed to get the pumpkin inside. I gave everyone some pumpkin pie (including the dog and the mouse) for their hard work and help. We sat at the table and even had dinner together. I said a big thank you to everyone before they left as their help and support had made this hard job done. 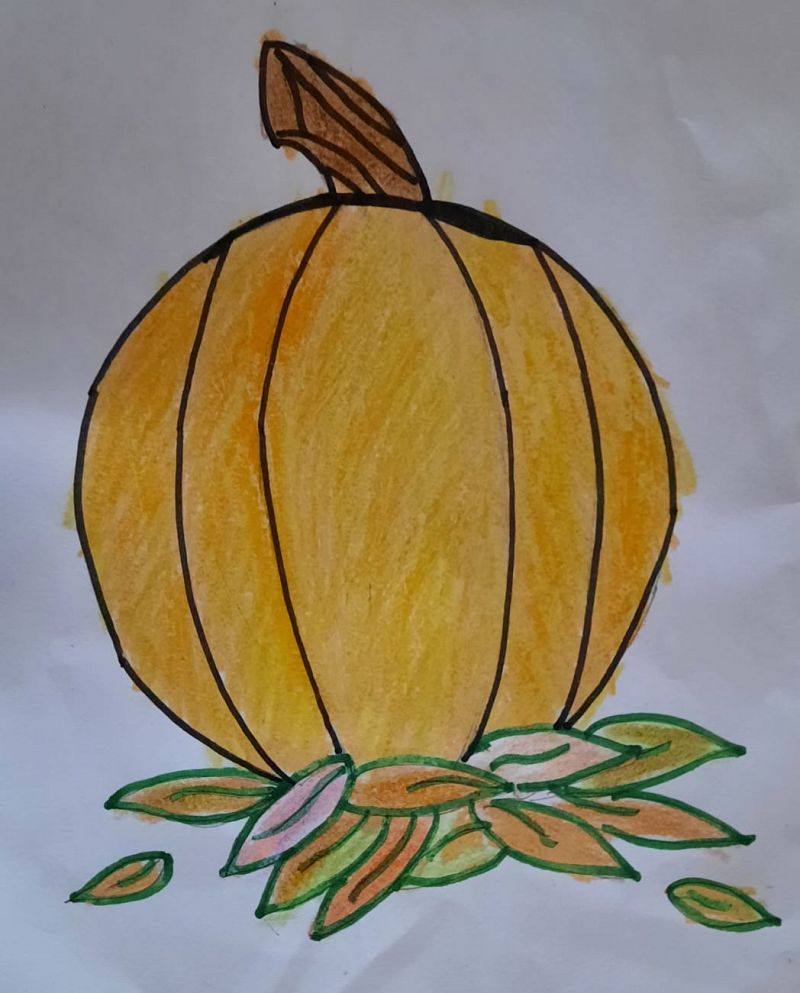