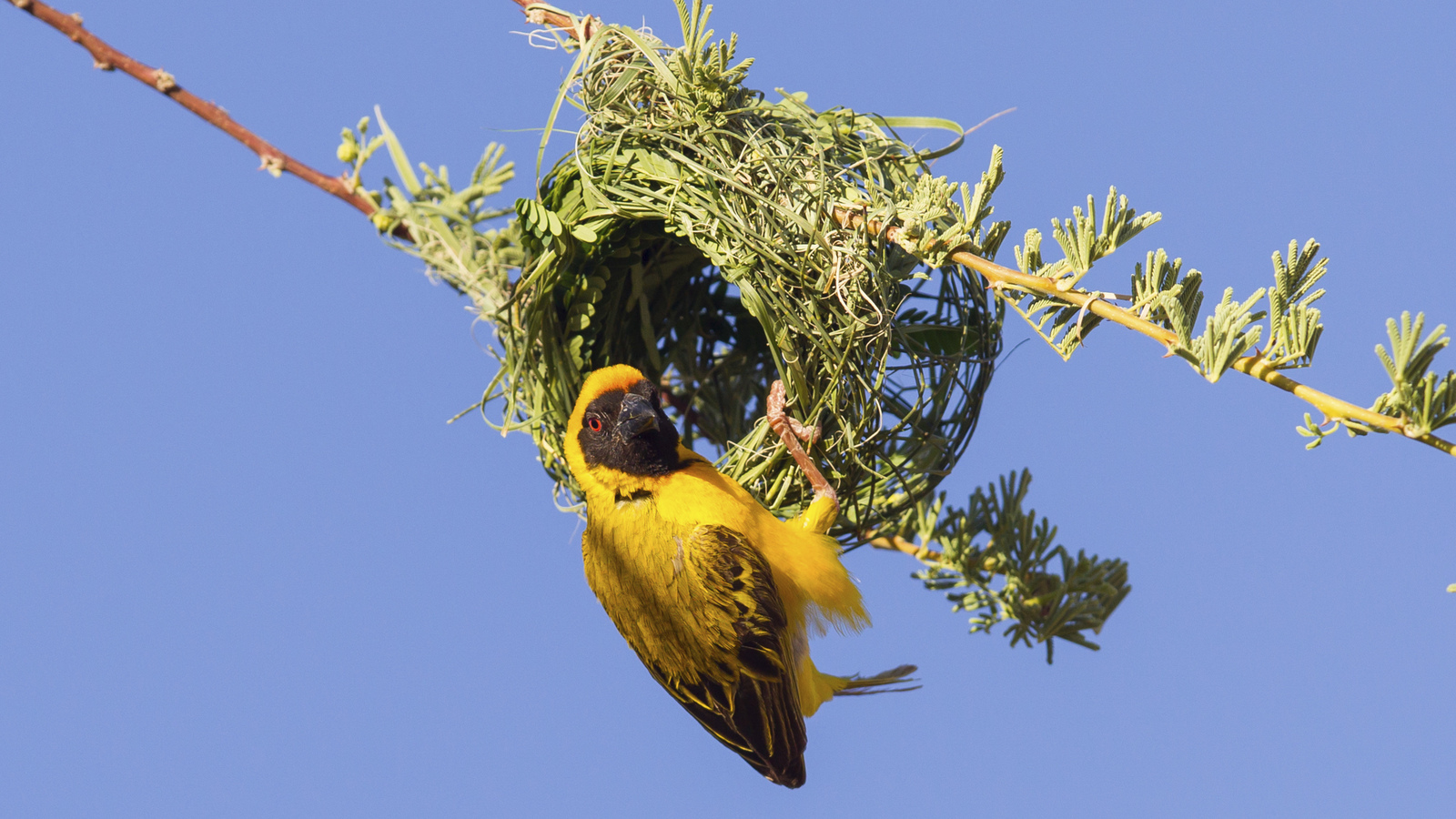 “Writing is a lonely job. Having someone who believes in you makes a lot of difference. They don’t have to makes speeches. Just believing is usually enough.”
— Stephen King, On Writing

It's a funny thing, isn't it, this part of ourselves we call creativity. It is, arguably, the very soul and centre of what makes us human. We create, we dream up, we make new.

Where I grew up in South Africa there were these amazing weaver birds. With only their feet and beaks, the male birds would weave intricate, beautiful nests, but the strange thing about these nests was that the female birds would sometimes come along and destroy them, and the male birds would have to start from scratch again. We were always told that the female inspects the nest, and if it isn't to her liking, she destroys it. Later, scientists discovered that if the female isn't ready to lay her eggs, she destroys the nest to prevent it becoming infected with pests before she moves in, which would put her young at risk.

Whenever I write I think about those weaver birds, finding the right bits of foliage to weave together, working so diligently to create this beautiful thing, just to rip it apart later. There is sadness in the destruction. But perhaps with a piece of writing there is a need to have it pulled apart and re-built until it's ready, until it can hold and protect the eggs of story and structure and plot and character and all the worlds of promise they contain.

Generally, like the weaver bird, we make new, alone. We fret and tinker and hope and fret some more, and sometimes, after much MUCH more fretting, we go out into the world and we shyly fold out our hands and say, "Look, I made a Pretty."

And the world scoffs and everyone pulls out their red pens and tells us not to start sentences with but or so and, if we're lucky, gives us a solid C and tells us how much more brilliant Faulkner was and in a barely audible whisper we say, "But I never wanted to be Faulkner, I just wanted to show you my Pretty."

And then doubt slinks in, and tells us that we’re certainly not even nearly good enough and although we keep on making Pretties we leave them in a folders on our laptops where we hope they invite each other out for dates or at least meet for coffee once a month because we're lonely. So, we imagine, they are too.

What we didn't know is that we needed a tribe. A tribe of like-minded women also playing with words and dressing characters and trying to breathe life into the fragile flames of a new idea, hoping it will catch light.

Sometimes we just need to share our Pretties with someone, even before they are completely finished and while the glue is still drying, we just need someone to say, "Wow, look how good you are at making Pretties, I especially like the iridescent horns and how you made it smell like peaches."

And that is what I found in the so:write women’s group. A little tribe of writers, some warriors, some weavers, some witches with words, and we tinker away, each making our own Pretty, and we discuss and we encourage and we support. And we never give out a C or an A. And we don’t say Faulkner was better, because Faulkner is Faulkner and we are who we are, and if even Stephen King needs someone to believe in him, who are we to try and go at it alone?