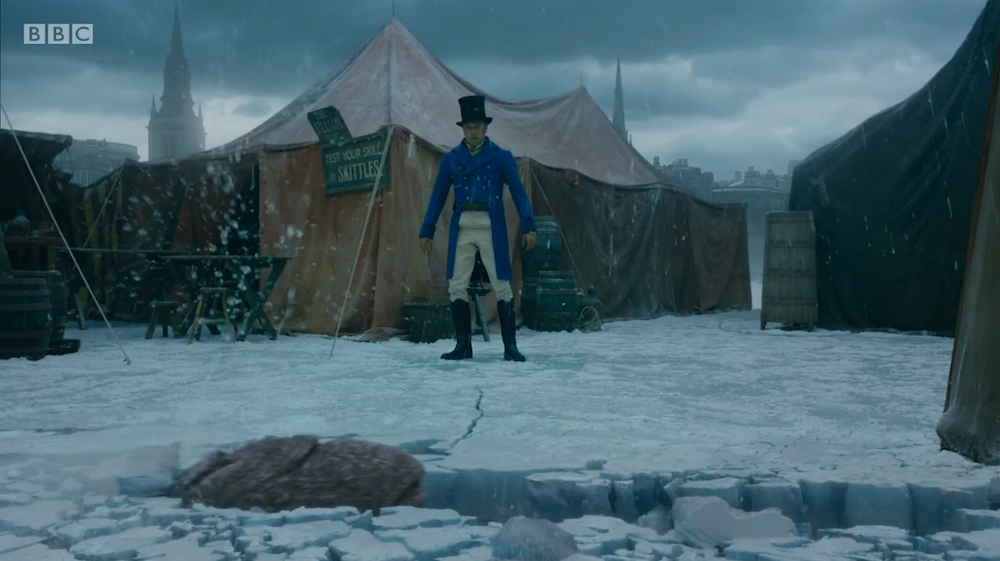 This week, we were sticking with our time travel theme but
exploring it through script writing!

In the younger group, we began with a warm-up of ‘Scenes We’d
Like To See’ (inspired by Mock The Week!) This week, the young writers were
challenged to come up with something only a time traveller would say. Examples
included:

I only bought that sandwich the day after tomorrow, it
should be fine!

i want to go back to the dinosaur age but tomorrow is 5 days
ago from yesterday and in 6 years time the elephants won't be able to eat
giraffes anymore.

“unpacking all this stuff is going to take all day. could
you come back yesterday?”

All the hilarious lines were posted in the chat, and then the
young writers each had to pick someone else’s line as the starting line for a
story!

i want to go back to the dinosaur age but tomorrow is 5 days
ago from yesterday and in 6 years time the elephants won't be able to eat
giraffes anymore. However my mum told me that in 10 years we will be going to
the time Jesus walked the earth and now I'm really excited for tomorrow because
tonight I'm going to see the cyclops and have a tea party with him although he
sent me a letter telling me that he was born in 5 days so I'm not sure if Bob
the builder can make it to my birthday party.                      BY
ALEX

“The day before tomorrow I brought a cake from a man named
Jesus! He told me a boy called Dave sold it to him in 10 years time.”said Peter
to his friend Charlie. “This time traveling stuff is pretty cool!”Charlie
exclaimed.Then they both went to have fun with their pet Dinosaurs.           BY ANNIE

“unpacking all this stuff is going to take all day. could
you come back yesterday?”

“Well you see yesterday… yesterday for me atleast. When was
that?”

“Oh I’m perfectly fine my young friend, perhaps it's you who
isn’t okay, hmmm? Not understanding the basics of temporal mechanics seems like
a bit of a leap for someone of your age.”

“I seem to have overshot. Well goodbye young friend.”

Next, the young writers in both groups came up with a travelling
companion character for their time traveller. We thought about dynamic duos from
TV/film/books, including Doctor Who and Rose, Martha, Amy, Clara, Bill (the
list goes on!), Jake Peralta and Amy Santiago from Brooklyn 99, Lyra and Will
from His Dark Materials, and Sherlock Holmes and Doctor Watson. We thought
about what made these characters fun and exciting to watch/read – what they had
in common, how they were different, how well they worked together, what one
might have which the other lacked, etc. Then we thought about who would be a
good character to work alongside our time travellers – what qualities did our
time travellers have, what didn’t they have, where might they meet this companion,
would they start off as friends/rivals/enemies, how would they get to know each
other, etc.

We all looked at an extract from a Doctor Who script – ‘Thin
Ice’ (the one with the Victorian Frost Fair on the Thames, and the mysterious
green lights under the ice…) – and looked at how the writer uses dialogue
between the Doctor and Bill to allow for exposition (explaining things which
the audience needs to know) in a natural and humorous way, allowing us to find
out about the TARDIS, time travel and where we are as Bill does. We also looked
at formatting and structuring a screenplay, how to set out dialogue and action,
and cutting between scenes.

Putting all this together, the young writers set to work
writing a scene between their time traveller and companion, arriving in a new
place and time. Here are some of the results!

jasmine - hey, so are we there yet?

caliburn - yes, almost, so what was wrong this time?

caliburn - alright, were here....and were in the middle of
nowhere

jasmine - yes, that why were here, its hard to leave this
town up ahead because of all this fog,

she pointed at all the fog around them and explained that
people were stuck in the town and whenever they tried to leave, the fog would
turn them around and send them walking back where they came from.

Kira took us back to an earlier Frost Fair, featuring Samuel
and Elizabeth Pepys!

TEACHER: (bursting with anger) SORRY IS NOT ENOUGH!!

TEACHER: Erm, Clint, I think we should-

And Charlotte gave us another fantastic instalment of
Osbourne and Edwards as time travellers!

The street is dimly lit with lampposts flashing on and off.
Buildings are grey and either falling apart or just about standing.

Edwards is looking around taking readings.

Osbourne is shaking from the cold as they can see their
breath.

Osbourne: So we’re not going to talk about what just
happened?

Edwards: Maybe. Do you want to or are you just going to
stand there shivering all night?

Edwards looks at Osbourne disgusted. Edwards tuts, motions
over to a building and walks over to it.

The parlour is very quiet with no one around. The place
seems to be the only one left standing.

Osbourne and Edwards are sat at a table with everything they
have found so far spread across the table. They stare at it.

Osbourne: So what are we going to do?

Edwards: What do you mean? It wasn’t our fault that
happened.

Osbourne: Who said not to change history?

Osbourne: And who just got themselves into a fight with Al
Capone?!

Edwards: He started it.

Osbourne: I don’t think he did Edwards.

Edwards: What makes you say that?

Osbourne: Well, you were the one who shouted at him. I
suppose I should be thankful you didn’t throw anything at him. Didn’t you bring
your lucky mug?

Edwards: No, I didn’t think it would come in handy. Plus you
yelled at me last time I used it.

Osbourne: And yet you still had to have the last word didn’t
you? You couldn’t have left it up to discussion maybe.

Edwards: Who would I have discussed it with?

Osbourne: Me you dingbat!

Osbourne: That was before I knew you were going to go up to
every New York gangster and ask them for a fight.

Edwards: I didn’t go up to everyone.

Osbourne: No because the first person we came across was Al
Capone.

There is silence for a moment. Edwards chews this over.
Osbourne gets out his laptop from a bag he has been carrying around. Edwards
stares at the computer gloomy.

Edwards: Why did you bring that?

Osbourne: So I could make notes. Either that or get you to
understand the mess we are in.

Edwards: I didn’t change history. Capone got into loads of
fights over the years. What’s to say this wasn’t already written down.

Osbourne: Because we’re not from this time! Archie Edwards
doesn’t exist in this time and if you’re not careful he won’t exist ever.

Edwards shuffles in his seat.

Edwards: You didn’t stop me.

Osbourne: What if I did? Would it have made a difference?

Osbourne: See. This is what happens when you don’t listen.

Edwards: Oh not this again! Anyway I’m sure you’ve got about
a million plans to get us out of this one.

Osbourne: If I did, would you actually listen to me. Take it
all in.

Osbourne: Alright. Here’s one. You apologise.

Edwards: To Al Capone? Do you hear yourself right now?!

Osbourne: Yes I do and I’m the only one speaking logically
right now.

Osbourne: You know I won’t get that reference. I should be
happy you didn’t reference Doctor Who or something like that.

Edwards: Okay I will.

Edwards taps his fingers on the table thinking about what to
reference. Osbourne is getting more and more annoyed.

Osbourne: Well I have another plan if you want to hear it.

Edwards: Go on then.

Osbourne: We use this one.

Osbourne turns his computer to Edwards so he can see.
Edwards raises an eyebrow and then nods.


Osbourne puts on a 1920’s hat. Edwards rolls his eyes as he
scans over the plan once more.