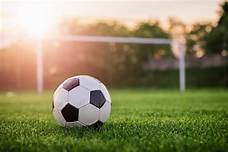 This week, with the Euros in full swing and the England-Germany game coming up tomorrow, we took football as a theme for our workshop!

As a warm up, I shared a list of football related words (e.g. showboat, nutmeg, dummy, skipper, striker, foul, hat trick, etc) and the young writers were challenged to include at least 3 of these words in a piece of writing about something which wasn't football. From historical settings, to an entire story about a potato, to a magical showboat setting, the young writers were very creative about how to use these words in non-football contexts!

Next, we listened to some examples of football commentary (including the famous - 'They think it's all over - it is now!') and also sports commentator Andrew Cotter's lockdown videos of his dogs, Olive and Mabel, eating treats or misbehaving on a walk, with his sports commentary over the top!

Using this as inspiration, the young writers were challenged to write about something completely un-football-related (e.g. making a cup of tea, fighting with a sibling, opening a birthday present, feeding the hamster, etc) in the style of a sports commentator - making it as dramatic as possible, and picking up on some of the language used in the examples (e.g. 'mustn't stop believing', 'dominating the game', 'game of two halves', etc).

Here are some of the hilarious pieces of writing which resulted from this:

Johns mum told him not to play too much of video-games as
she was going to work. John had to stay alone but he didn't care because he
would go on to his PS4 and play Minecraft and other games. After 5 hours, John
saw their car coming near the house. Can he make it without being caught? He
would surely be grounded- won't he? No wait- he is about to plug of his Ps4 but
can he make in time? There is 30 seconds spare to go, now to 10. He's surely
dead meat. John's mum got in the house." Hi, honey what were you doing for
this long'' " Aah playing sports''. John lied. Phew- got away with that.            By Neelesh

And that’s a point for the TEA!!! Burning his tongue! Oh!
That was brutal! But you must remember, this isn’t the first time Jimmy burned
his tongue! He’s hargl;y got any tongue left and OHHHHHH!!! TEA’s striker goes
in for another attack and HE MISSES HIS TARGET!!! Will this be a chance for
Jimmy to recover? He goes around the side and YESSSSSS!!! HE’S DONE IT!!! The
sip of the century! History is made! A whole 0.2 Milliliters. What a turn of
events!!            By Leo

You might recognise the main characters in Charlotte's piece of commentary...

And here we are at another important paper competition. This is the most exhilarating competition since it began. These two old hands at paper throwing have been showing off their skills for most of the day.

And now they move onto staring at each other. They are complete masters at this and know what they’re doing. Just waiting for the other to move.

The young challenger yawns and leans back knowing that this would annoy his opponent. He taps his fingers on the table, a very old trick that he knows works well.

His opponent doesn’t look fazed. Maybe he’s just bluffing. The challenger looks around and then picks up a bit of paper. Here we go, the first strike of the new season.

And that was a great strike by the challenger right in the face, what a shot! His opponent barely bats an eyelid however, maybe he’s gone to sleep. We know it’s happened before with this opponent.

What’s this? Another bit of paper has been thrown by the challenger uncalled for I think. Finally his opponent moves slightly. At least he’s not asleep.

He looks for the boss full well knowing that if they’re caught it will be back on the bench for another few weeks. Then the open throws a massive bit of paper. The biggest one we’ve seen today!

The challenger stares and makes a gesture that might be a bit obscene. Oh well it’s only in the office I’m sure no one will care.

Oh and that's another shot by the challenger. But what’s this there’s some shouting coming from off the pitch. Oh dear they’ve been seen! And that’s the end for this part of the competition but I'm sure it won’t be long before these two opponents will be throwing paper again. Back to you in the studio.

And Aurora took a very original take with her piece, which left us all in stitches!

“In the beginning, God created the heavens and earth. And to that we say Cheers mate! Never expected that! It’s your daily Angel broadcast, my name is Raphael and I’m here to recap to you the creation of Earth and those useless little cretins who couldn’t resist the lust to eat a blooming apple. I mean, lord almighty, those things are so stupid, but we all love the story of how they were made, don’t we! So let’s watch it in real time!

Here we go, God is the only thing that exists and the only thing that exists is He. What’s he going to do? We’ll have to wait and- ohhhhh! There comes the world and all the waters of the earth! Marvellous play that’s definitely not going to be highly contested thousands of years down the line. And so He takes this opportunity to make a move closer to the world He created and skim closer to the waters and wham! He says the line ‘Let There Be Light!’ in that dramatic voice he does so well and oooooooh! The crowd lights up in excitement! Pun definitely intended! It’s good! And now He’s splitting, He’s splitting, oh there we have the play from the master! Day and night split just like that, it’s just that easy, if he can do it why can’t anybody else?

And now he’s going to go for the classic Moses tactic, but he’s going to do it in a way that nobody has ever done it before, he’s going to split that water and make the sky and the seas, oh my God! God has done the incredible! It’s good! And now he takes that sea and drags it away, this one’s for you, Noah, and he puts it all in one place as it should be, massive play from God here that puts him heavily in the lead, only three days in! In fact, I’d go so far as to say that this is already over! And now that dry ground, what’s he going to do- ohhhhhh! He’s grown plants and trees and it’s so good! Oh, what’s he doing now, oh, it’s his team mates come to back him up! It’s the Sun and Moon coming in with the assist for God, oh and it’s good! And He knows it, oh it’s good!

Is that a bird, is that a plane? Yes, it’s a bird! God has made birds and fish, oh my God it’s such a brilliant play! People will remember this moment forever! Even though no-one is around to remember it! That’s just how good it is! And, oh, what’s this? It’s the ground bursting and teeming with amazing life! It’s just the best thing I’ve ever seen! Oh, how Cain and Abel are going to go MENTAL when they see this! This is the greatest play of the existence of the world! But, oh, does it get better? No! Oh no, it’s a tragedy! Humans have been created to rule the earth! Adam and Eve come in as the opposition, soon to make the comeback play for Lucifer in his game against God, and the tables have just been evened out. Join us next week to see how their opposition changes the game! I’ve been Raphael, and you’ve been listening to daily Angel broadcast!”