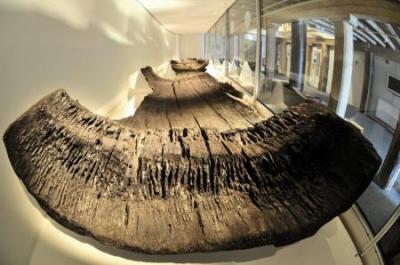 August into September saw the gradual easing of lockdown and the blossoming of the creative work from the writers from Poole who took part in the two workshops to create short stories from the objects in the collection at Poole Museums.

I could not have predicted the scope of imagination at work here. We had spoken about the nuts and bolts of creating short stories, and how we may take inspiration from history. We looked at how the chosen object could be a jumping off place for a story about the creator, finder or owner of the artefact. We spoke about giving ourselves the freedom to take inspiration and expand in any direction our imagination may lead us, and the results have been marvellous and we shared ideas of how we could bring all the elements of story writing together.

All of these pieces were read out and discussed during the second workshop. Everyone had the opportunity to share their thoughts on how they were affected by the pieces, what they had learned about the object of inspiration and if they were then encouraged to learn more about the artefact. It was particularly useful to the museum to see what objects grabbed the attention of the writers, yet for me it was incredible to see where these objects would take us in each original story.

All of the written pieces are will become part of a community exhibition on display in the museum along with photographs of each story’s inspirational object. The hope is that visitors will take the time to read these short stories and then find the object among the collection and view it with fresh eyes.

Each story that I had the pleasure in helping nurture through sharing thoughts and notes during the workshops, and via individual discussions with the writers have proved to be truly original. One piece I would like to mention ahead of the exhibition is the story by Nina Jones, which was inspired by Poole Museum’s treasured logboat. This ancient object believed to be dated from 295BC is a large section of oak trunk carved into the shape of a boat, it is the largest logboat ever found in Southern Britain.

Now, residents of Poole may remember that a replica was constructed on Brownsea Island and floated in Poole harbour back in 2013. Nina created a brief mesmerising piece of prose showing how the carving of both the original and replica logboats touched the hearts of two women across the centuries, creating a snapshot of how the experience of two people separated by almost 3000 years echoed across time. This piece, called Ripples in Time will be on display with the other amazing short stories and poems inspired by artefacts in the museum and crafted through our creative writing workshops. I very much hope you will enjoy reading these pieces when the display opens later on this year.