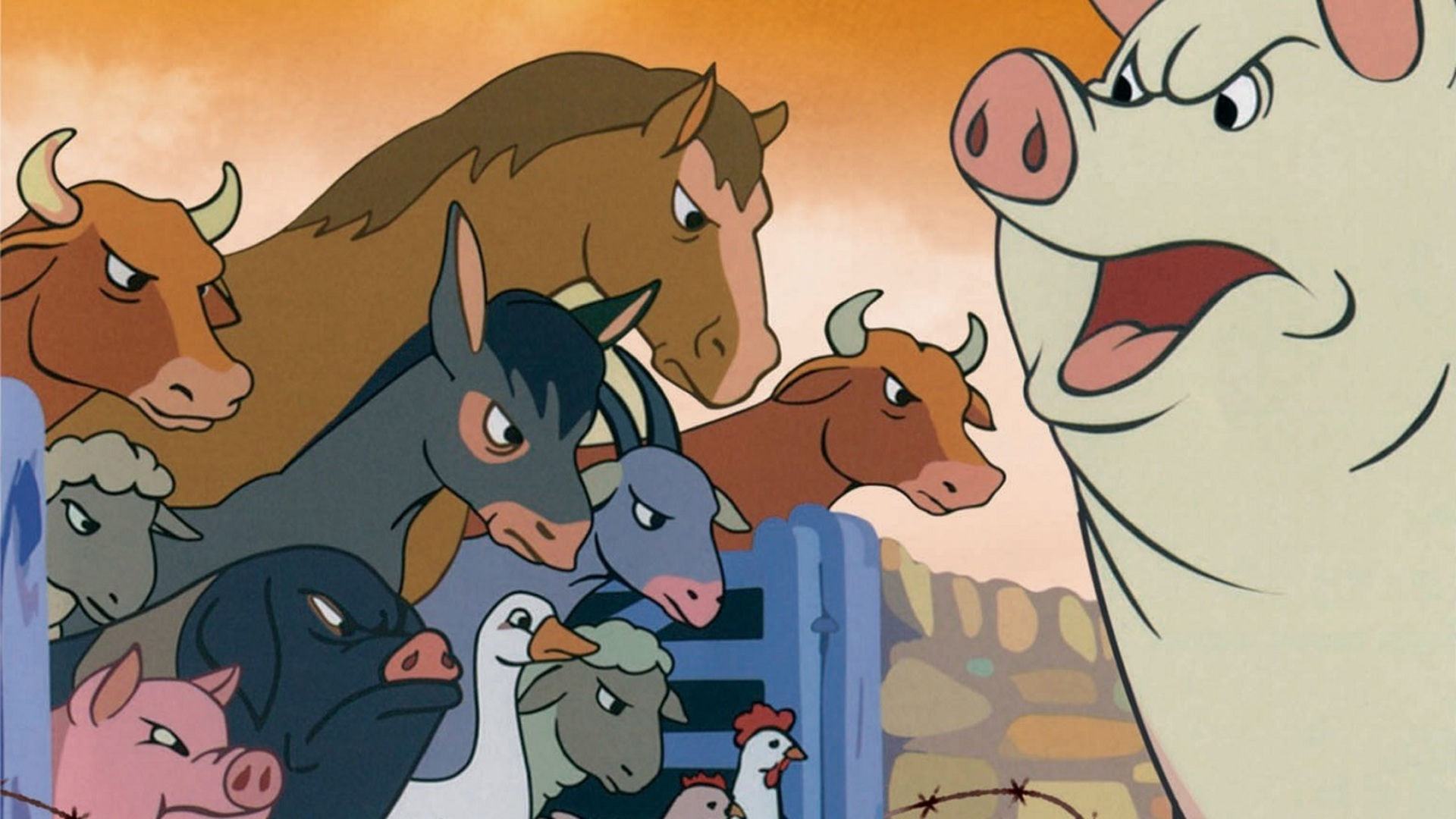 This week, we were looking at the Young Poets Network challenge with the Orwell Youth Prize, to write poems inspired by political language and George Orwell's Animal Farm:

To begin, we came up with political slogans/quotes we remembered (for good or bad reasons!) from the past weeks, months, or years. Examples included: Stay Alert, Make America Great Again, Brexit Means Brexit, For The Many Not The Few, Take Back Control, Yes We Can, Eat Out To Help Out, Strong and Stable, We will build a wall, and Fake News.

We thought about what made them memorable and ways in which they made use of techniques also used in poetic language (e.g. rhythm, repetition, listing, rule of 3, alliteration, etc).

We also looked at some quotes from Orwell's novels Animal Farm ("Four legs good, two legs bad", "All animals are equal but some are more equal than others") and 1984.("Big Brother is watching you", "War is peace. Freedom is slavery. Ignorance is strength") and what they had in common with political slogans today.

Then, the young writers were challenged to write a poem which made use of one or more of the political quotes/slogans we had come up with as a group, to question, pull apart or reinterpret the political language in any way they liked. Some examples were:

There were some brilliantly varied results, which we can't share yet as many of the young writers were keen to send them in to the competition - but they all came up with exciting ways of structuring their poems to make use of political language!
As a second exercise, we then looked at the poem 'Ozymandias' by Percy Shelley (familiar to many from GCSE English!) before the young writers were challenged to come up with an idea for a modern-day Ozymandias-figure - who or what in our current culture might seem mysterious or incomprehensible to people in the future - what, if anything, of their power will remain? Ideas varied from the 'Vote Leave' bus, with its '£350 million for the NHS' slogan, to Winston Churchill quotes, to Trump Tower!
We're so excited to see how these poems develop - and best of luck to everyone entering the competition!
PreviousNext