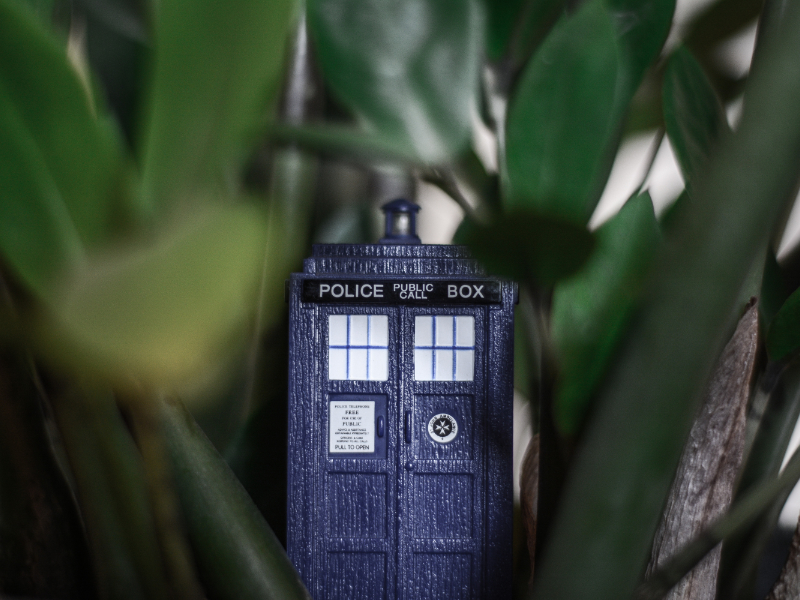 As anyone who has ever spoken to Dom knows, he is a huge Doctor Who fan, so it was hardly surprising that when he took the reins this week he found a way to slip his favourite TV program in.

Before I get ahead of myself, the check-in. My week as a crazy lamp saw a few disco balls, a chandelier, string, balloons, ripple designs and a lot of interior design that would make Ikea jealous.

Continuing with duologues this week, we began crowdsourcing some stage directions and props to spice things up.

Slithering on the floor and thrown violently from the wings was joined by nuclear missiles, alive fish, one hundred apples, and a planet to name a few of the inconvenient or down right impossible things we should consider for our duologues.

It was with great delight that everyone set about creating scripts with these - with slithering elephants and trucks, leaking sand bags being chucked across the stage, and trees growing from improbable positions.

That’s when Doctor Who came into it. As the Rolling Stones say ‘you can’t always get what you want, but if you try sometimes you get what you need.’ It’s very true for script. Doctor Who found that budget couldn’t stretch to the interior and exterior of a spaceship, the solution? Invisible spaceship! A double decker bus that had its top deck crushed in transport having already filmed scenes meant that the script had to be modified to say the wormhole they went through caused the damage. All these limitations of production affect a script and to a greater or lesser extent force rewrites.

So, being the lovely people we are, we imposed production limitations on our neighbours.

Suddenly we weren’t allowed elephants or trucks. The only tree available is a pink Christmas tree. God cannot be said, for inclusion reasons. Russia cannot be mentioned. Characters cannot catch airborne elephants. No leaking sand. Anything we decided to take umbrage with, we could veto, from the easily fixable to the scene ruiners.

With these limitations we then had to rewrite, attempting to keep the heart of our duologues the same.

To finish up, we made a recruitment acrostic. It was very representative of the group, definitely something you should keep an eye out for on social media, and of course, send any 15 - 18 year olds our way.

Hopefully the duologues that have been worked on this term will be finding new life with the Youth Theatre and we’re all very excited to see that. I had lots of fun, thanks for having me. 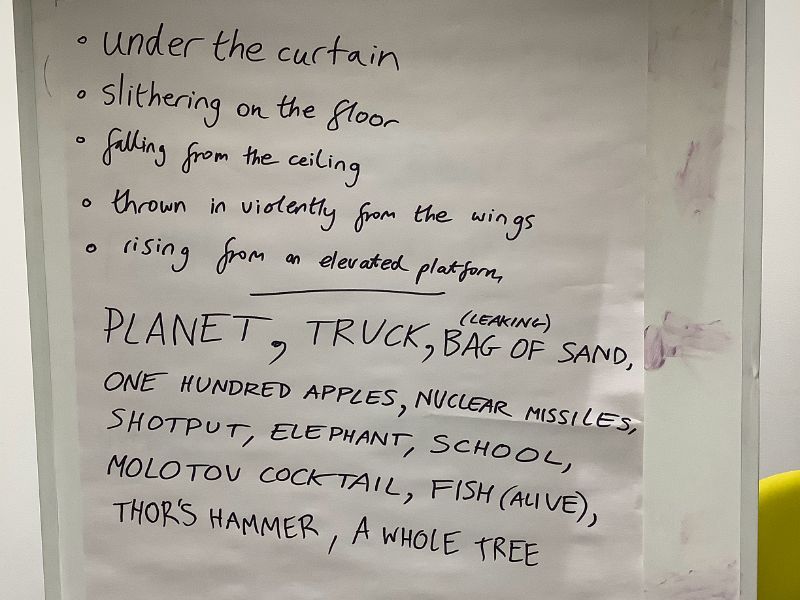