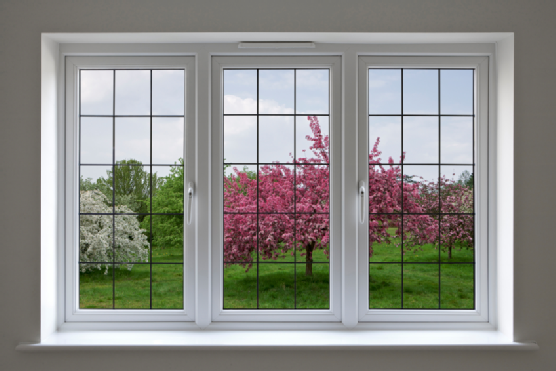 To begin both workshops this week, the young writers were sent on a mission - to find a window somewhere in their house and to write down:

- Ten things they could see out of that window
- Anything they couldn't quite see out of their window but they knew was there just out of their field of vision (e.g. the road behind the hedgerow, their neighbour's house, someone getting into their car, etc)
- Any feelings which came to mind seeing these things out of the window (e.g. longing to be outside in it, missing the streets being busier, happy to see another sunny day beginning, etc).

We then looked at some examples of poems written about a view from a window as a group (including Windows by Rachel Sherwood, Snow by Louis MacNeice, and From a Window by Charlotte Mew) as inspiration, looking at how they worked emotions and feelings into their description of seeing things from a window, any interesting ways they used language, who they were addressing their poems to (if anyone!), and deciding which we liked the most. Then the young writers were given some time to write their own window poems, based on the things they saw from their windows, in response.

As an additional exercise, the groups were then challenged to write a second poem or short prose description imagining a character looking out of a very different window, maybe somewhere else in the world, or in a different world entirely (perhaps a fairytale character, or someone from a fantasy land) and to describe the very different things they might see.

As I look into the distance,
Out of a window that is mine,
I see things you’ll not see,
For quite some time.

Some of these you may see,
From a window that’s yours,
But you’ll not quite see,
The same at my front
door.

A house or two sat next to a
road,

A few trees with branches
but

Who knows where they go.

There’s a gate that a person
walks past,
A road that a cyclist goes on,
A telephone wire going above
the
houses


And a bench in a front
garden.

And I see a pavement,
A pavement I don’t see you
walking
on.

A sunny one in June,

I look out of a window and


There’s a bird singing a
tune.

As people walk past,

The rain hammers down,


I hope that it won’t
last.

There’s lots that I can see,

From cars to corner shops,

And everything in between.

As I look out once more,

I see a beautiful sunset,

I pull down the blind,

And lay down my head.

The next day in June,

I look out of my window,
There are two birds singing a tune.

And Hailie wrote this as her excellent second piece (guess which fairytale character this writing from the perspective of!)

Help I shout to the man on the other side
of the window, but he just looks at me with tears in his eyes. The other six
men look the same way. The window surrounds me. Why can’t the see I’m alive.
Even the birds in the trees have stopped singing their cheerful tune. I see the
love of my life as he leaps off his majestic white horse, he also has tears in
his eyes. I wanted to tell him I’m here, I’m fine. He starts to get closer. He
opens the window and leans in. closer and closer. Until I feel his lips on mine.

And Lily in the older group wrote this magnificent poem, moving beautifully between the view from her own window and imagining what her best friend is seeing from her window, six thousand miles away:

Inside a shadow, a well-kept sunflower struggles,

Craning its neck to see the sun.

It drowns half in obscurity, petals suffocating from neglect,

Searching for attention from anyone.

I wonder - if it was under the care of a differfent girl,

would it be half-dead from not seeing sun?

Would it struggle the same?

Would it be tucked up against a dusty wall,

Smothered in rich rays of sun?

Would it grow tall and soak in the warmth?

The pride and joy of someone.

Perhaps, without the sun to stare at,

It would turn away and stare

through a thin glass window patterned with rain,

At a girl brushing her hair.

She rolls three dates in the palm of her hand,

Three dates she can't yet eat

Waiting for Apollo - or Mika'il, as she says -

to pull the sun down below the street.

Would it see a jilbab hanging on the line,

A replacement for obnoxious rainbow socks out to dry,

Or bedsheets patterned with the moon.

In the reflection of my window, I see glints of my own room.

A metal bangle on my wrist casting a beautiful light,

A bulb, a ring, photos tacked up on my wall,

Showing up as flares so bright.

In the reflection of her window, she sees glints of her own room,

A hijab throw haphazardly on her bed, a twist of colour in the night,

Her mother's necklace, a schoolbook, a dreamcatcher on her floor,

All in warm colours so bright.

She sends me a photo of the view from her window,

I see the sunflower peering over the ledge,

White-washed walls and a short caption,

I send her a photo of the view from my window,

The sunflower drooping beside the rocks.

'Just started my class,' I explain.

She sends back a video of her laughing at the rainbow shocks.

She checks the time, hears a cheer from upstairs,

Bites down on a date and breaks fast.

Meanwhile, I open up an email,

Won't be able to talk for a while.

But I know she's there, because I am here.

Many of our writers have been inspired to send in work for the Artful Scribe Life in Lockdown competition, which is open until 31st May!