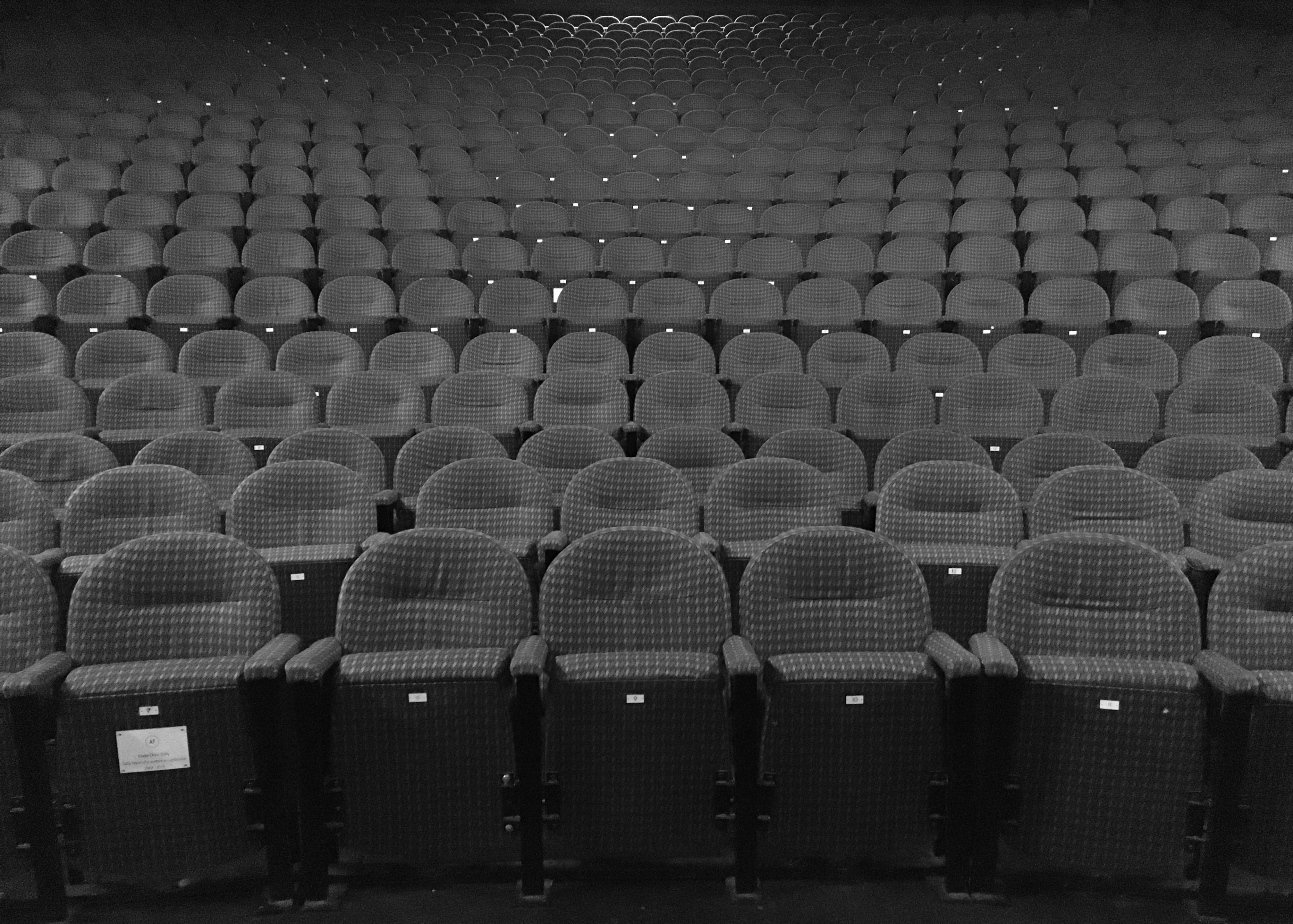 When you mention to someone that you’re a writer in residence, the image they have in their minds is usually one of you camping out in the building after hours, living there for the duration of the residency. The truth is not quite so romantic. However, there is a sense that my residency at Lighthouse entails a certain amount of settling in – getting to the know the building and its (daytime) inhabitants. That being said, I haven’t ruled out the possibility of sleeping in there at night, though there are likely regulations to be dealt with.

10th October: I spend a few hours in the theatre by myself, taking notes.

The odd one bears a name.

My ideas for what I will write during the residency are now taking shape. I will respond to Lighthouse’s four auditoria: the concert hall, the theatre, the studio theatre and the cinema. Each piece will take on board the ambience of the space itself, while also taking inspiration from the medium of performances: concerts, plays, films and everything else. I might write a play, a film-poem, or perhaps even something that defies convention altogether. I’m trying to keep my mind open.

The room is wearing mascara.

I’m also planning to draw on the heritage of Lighthouse as an institution. Sara St George, Head of Sales and Marketing and Deputy CEO of Lighthouse, was kind enough to allow me access to the centre’s archive and I have already come across some gems and germs of poems. I’m planning a trip to the Dorset History Centre in Dorchester to learn more.

The first phase of any residency is always more passive than active. There’s so much to take in, so many questions to ask, and so many people to talk to. I’m looking forward to a time when I can give something back to the many members of staff who have helped me so far. They are the true residents of this place and I hope to capture their sense of the place in writing in one form or another.

For now, I’m more of an audience member than a performer, but as time goes on I can feel myself sinking in, becoming part of its working life – for one day a week at least. I'm grateful that Lighthouse has agreed to allow me to observe a range of upcoming performances and backstage activities. More on these later.

A final thought from the theatre –

You can hear me talk about how I came to be writer in residence at Lighthouse and my experience so far on BBC Radio Solent here: https://www.bbc.co.uk/programmes/p07mtyjd. I come on at the 2 hrs 21-minute mark and then again at 2h 37m after Tina Turner's 'What's Love Got To Do With It'. I also give my three recommendations for something to look at, something to listen to, and something I’ve learned and can pass on. 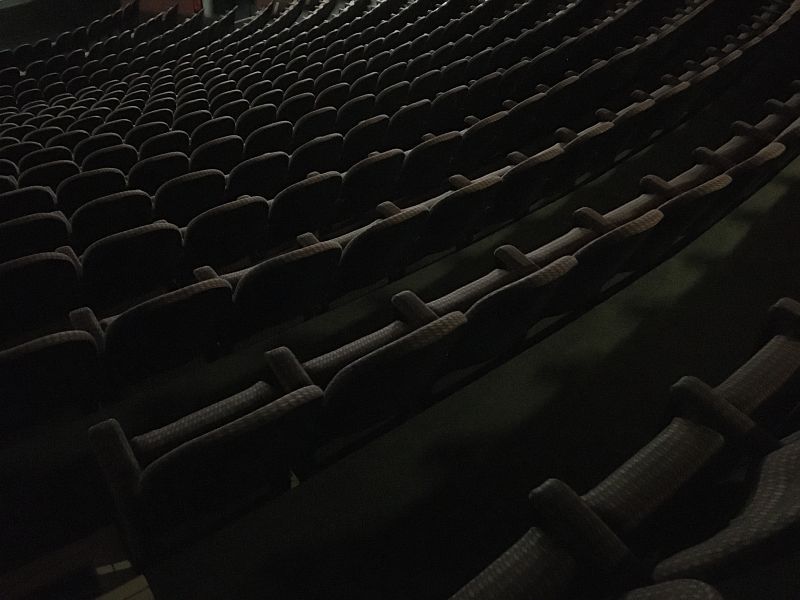