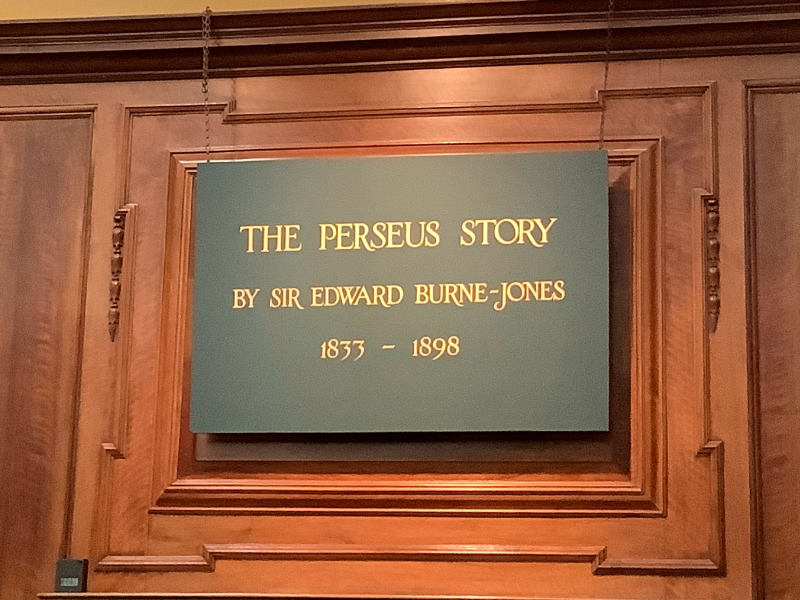 There’s a big saying in the writing world: write what you know. This is often misinterpreted as you can only write what you’ve experienced, when what it actually means is if you don’t know it, research it, the research you do will show.

We often research and learn in our sessions, which you can see throughout the blog, but sometimes we take it a step further. Today we went on a field trip to Southampton City Art Gallery to research the Greek myth of Perseus.

First things first, we had to get over the horror of classical artists painting naked people. They did it to show off just how skilled they were as the human body is really hard to draw.

There are 10 draft paintings in the Perseus exhibit by Sir Edward Coley Burnets-Jones, telling the entire myth from start to finish. How Perseus went on a quest to slay the gorgon Medusa, cursed to turn any who looked at her to stone. The only way to escape this fate was to look at her through her reflection. Fortunately Perseus was gifted a mirrored shield, along with winged shoes, helmet of invisibility, and a bag to put her severed head in.

On his return journey, Perseus uses Medusa’s head to turn the Titan Atlas to stone - which is how we get the myth of Atlas holding up the sky; the Atlas Mountains being the tallest point of the Greeks known world and thus needing an explanation to their existence.

He also falls in love at first sight with Andromeda, a woman about to be sacrificed and in need of rescuing. This earned some derisive snorts from our Young Writers, which turned into bigger laughs when he promptly uses her as bait so he can slay the sea monster she was being sacrificed to, tackling it head on and not using Medusa’s powers because then he wouldn’t look so impressive - would he?

Whilst agreeing amongst one another that Greek mythology is weird, we split up to look at different paintings and write from the perspective of one of the characters within. Describing the colours and scene, we would give the character a voice to what was happening - or maybe what we wished was happening in some cases.

We’ll be picking this up again next week back at MAST. Maybe you could take a trip to the Art Gallery and have a wonder around the Baring Room. If you do, let us know which your favourite is. Is it also the pegasus? Perhaps the final painting and its attention to detail. Or maybe just any that don’t have naked people in!

Looking at 'Doom Fulfilled', when Perseus uses Andromeda as bait. 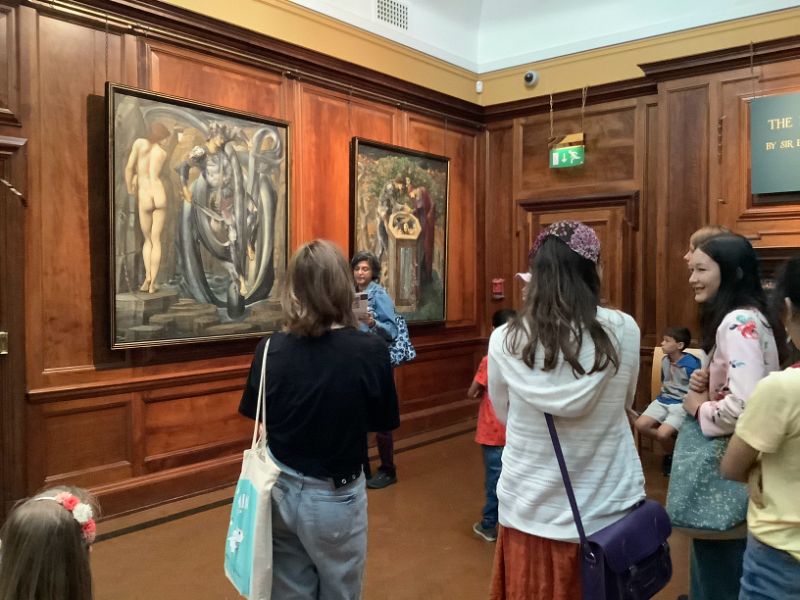