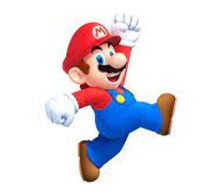 This week we were exploring the latest challenge on Young Poets Network, to use pop culture as a prompt for poetry!

As a warm up, the young writers were challenge to pick a character from Super Mario world and do a short piece of writing either describing them, or from their perspective.

Here's Charlotte's diary entry from the perspective of Bowser:

Today was horrible! That annoying little Mario beat me again! I am so upset. I mean I put loads of things to stop him and he still beat me! It’s not like Peach is his girlfriend or anything. I mean she hasn’t said anything about it to me. True she doesn’t say very much. It was even worse this time. Mario brought along that scaredy cat little brother with him. Luigi or whatever his name is. That one who is scared of boo. It’s bad enough when he brings Yoshi along, he doesn’t have to bring along Luigi as well!

On a good note though, Jr is coming over tomorrow and we’re going for a walk around the castle. So that should be fun. I might even take him to Toad hall as long as the toads are out of the way. I sent Waluigi to deal with them.

Anyway, today could have been better but hopefully tomorrow will be a bit brighter. As long as that Mario comes nowhere near me. My friends say me and him should go to see a therapist or something about our issues with each other. I tell them that he was the one who started it and he’s the one who comes to the castle in the first place. They soon stay quiet about the whole matter. Either that or face wiggler and I know which I would rather do!

This is me signing off for the day. BOWSER.

I ate the mushrooms which help me regain health and help me grow,
I am ready for the the adventure so heeeeeerrrrrrrre weeeeeeeee gooooooooooooooooooooooooo!!!!!!!!!!!!!!!!!!!!
This adventure I do many and it is always the same,
I think I am rather good at it oh yeah mario is the name.
The reason I am doing this and this is the hastle,
The stupid princess peach is howling that she is always stuck in the castle.
And so I fight bowser countless times with luigi, who feeds me shrub
So we squash the mushrooms kick the snails to tell the princess to, "shut up!"

Next, we looked at some poems from Stephen Sexton's book, 'If all the world and love were young' to explore how video game characters can actually be used to write powerful poems about serious subjects, like loss, love, family, grief and memory.

With this in mind, the young writers were challenged to either return to a Super Mario character, or to choose another character from film or TV, and to think about ways in which the characters' personalities, behaviours, likes, dislikes and storylines might intersect with their own lives.

We look forward to hearing more of these poems in future workshops!