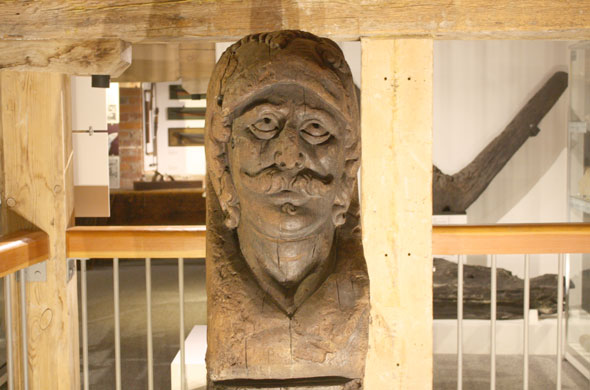 November at Poole Museum saw the rare occurrence of an actual physical visit to the collection. We were very fortunate to welcome the Year 5 students from Ocean Academy primary School just before Lockdown 2.0.

These fabulously inquisitive youngsters were divided into groups and allowed to explore the different floors of the museum at their own pace and choosing. Their task was to find objects that intrigued them and sparked their creativity. All of the children were invited to think of a question that they would ask any particular object. Then, to use their imagination and think of a reply that that artefact may answer them.

The children were given paper and coloured pencils so that, if they were inspired, they could draw pictures of objects they found during their adventure through history, or make notes and write examples of questions they may ask.

I surfed the waves of enthusiasm that washed through this wonderful group of youngsters, making audio recordings of their experiences and opinions. All of these responses were grist for the mill of my imagination, inspiring three new poems to illustrate the journey undertaken by our intrepid history buffs.

Two of the pieces were inspired by particular conversations and drawings, one of which was how a young lad was convinced that the huge carved rudder of the Swash Channel wreck was in fact a Totem Pole, which he was very keen to offer prayers to. The second piece came from a very funny comment from a girl who had spoken with the gloriously shiny statuettes of dolphins from the Poole Pottery collection, and had learned that they were in fact a married couple of porpoises destined to swim the seas around Poole harbour.

The third poem was written and then recorded as an audio piece, with an accompanying soundtrack made from snippets of recordings from the children as they explored the museum, along with a little bit of mood music. All three pieces are positive and uplifting, as was the responses and feedback from the children and their teachers, and will form part of an exhibition of work created by the workshops I have overseen, with adult writers and the children during their visit.

I hope that each piece shows how engaged the children were with the collection and what a joyful experience it was to witness how they interacted with the artefacts, and for a short time to see the museum through their eyes.