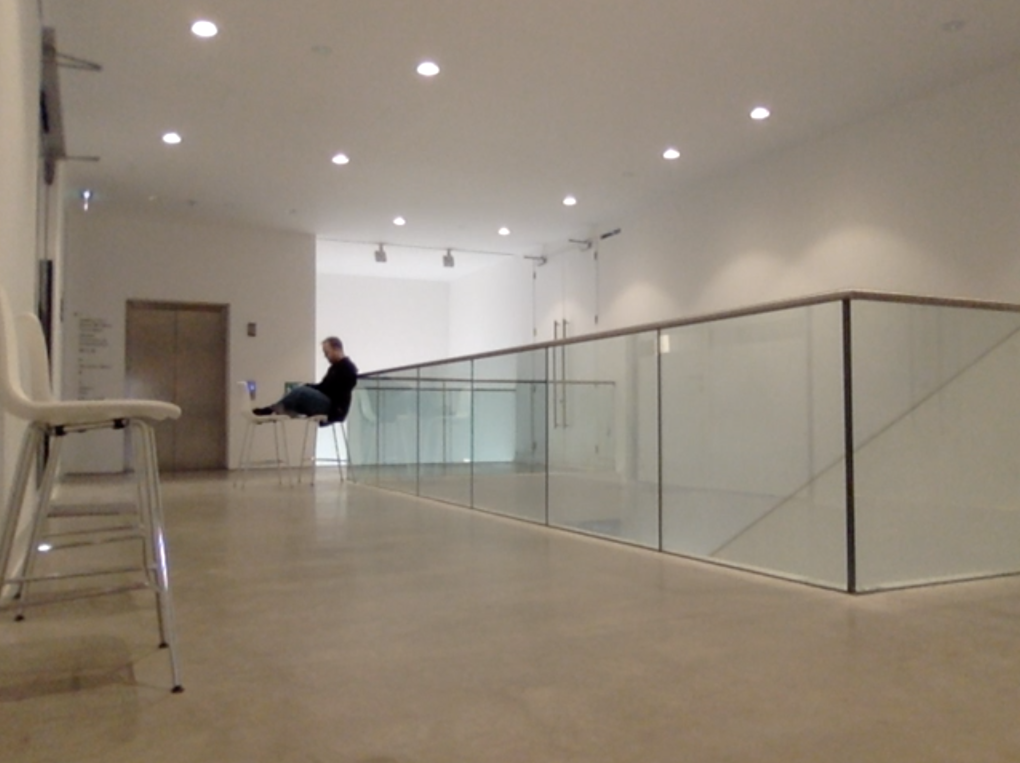 Update from the writing desk

I have reached a turning point in my Southampton residency. After 10 months of visits to the gallery in its old and new homes, the Highfield Campus of Southampton University and now the new Studio 144 building in the centre of Southampton, I have finished with writing.

No, I’m not being dramatic, I just mean literally that I have managed to complete the sequence of poems that I set forth to write back in December, a sequence that samples a chain of events, encounters, conversations, meetings, empty spaces and all the other things that make up the life of an arts organisation making its way through changing contemporary contexts. My sequence, called Moving Gallery Notes, is now being prepared for publication with John Hansard Gallery, Artful Scribe and designers so sympathetic I actually envy myself for working with, Daly & Lion.

With the publication more or less off to print, I am making my push towards a goal I set myself at the start of the project, a final challenge of the residency, which is to make a set of film-poems using the Moving Gallery Notes poems. John Hansard Gallery and Artful Scribe have supported me with this slightly unusual addendum to my writing duties, sending me on a film poem course back in January, and recently giving me access to a professional voiceover sound engineer, Matt from Untapped Talent Studios in Southampton.

I am delighted to find myself now possessed with one hour and one minute of beautifully recorded audio, which will make the basis of the films. I have collected footage throughout the year at the various events I have written at and about, and now I’m having unchecked fun matching and mismatching it in a verbal and visual celebration of the year I’ve experienced.

At the start of November, I will be presenting the films at two readings, where I will read along with the silent films, and also in a looped version in the gallery, where the pre-recorded audio will accompany the images and hopefully allow people to spend time thinking about re-establishing of the gallery in its new site, and all the changes and adaptations it’s staff and communities have been making along the year.

It’s been a pleasure to have my eyes open through the unfolding of such interesting real life, and I’m going to enjoy savouring the year and its lessons through this editing process as much as I can, for just a little bit longer.