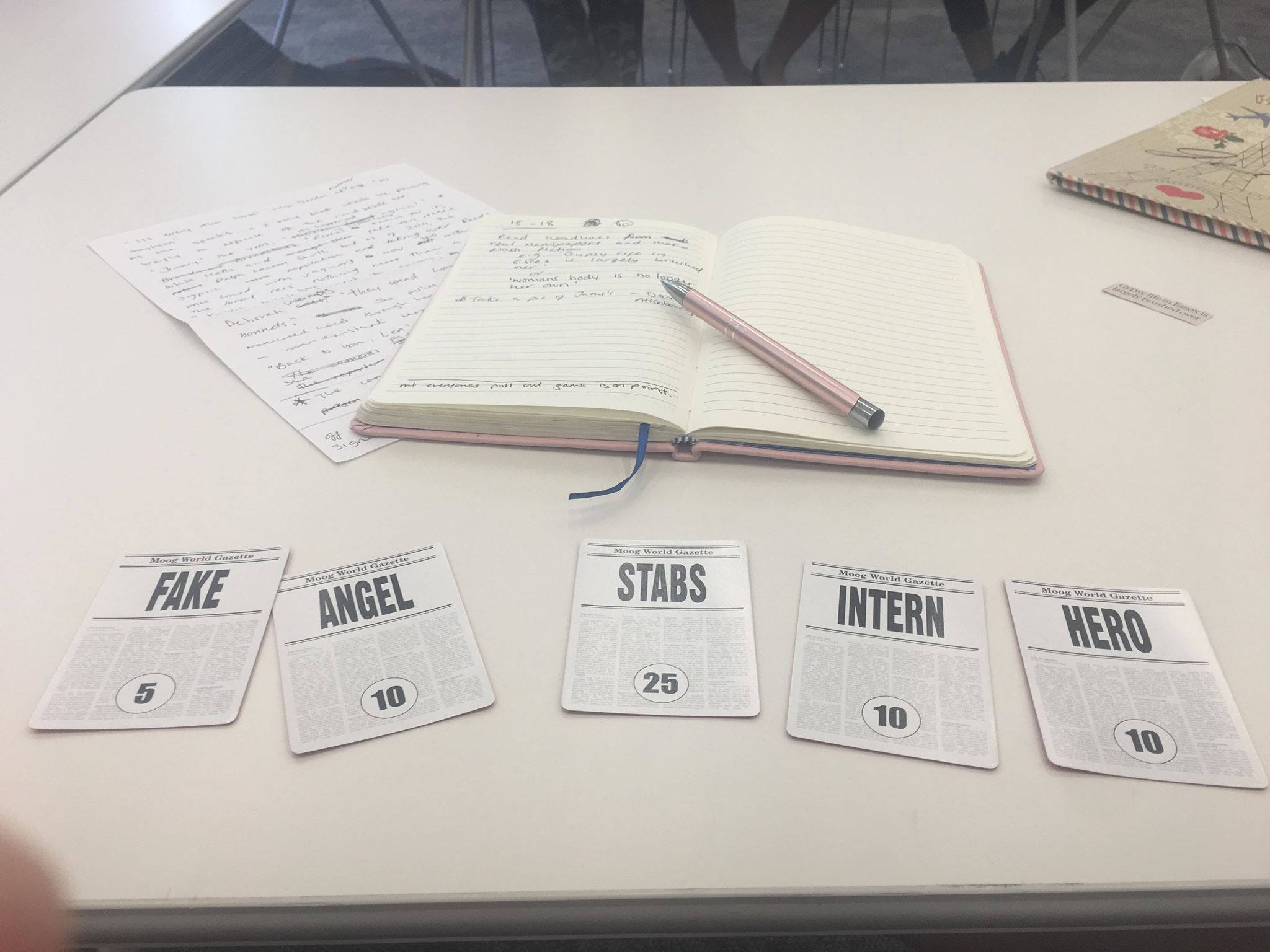 What 'weird' thing has happened to you this week?

This is the question that we opened the Short Story session with, to bring forward some interesting and unusual tales. Answers ranged from Scarlett buying a bag that can fit anything, to the ironic story of a tuna sandwich at a sea-life centre.

As an exercise of trying to cut down word count, the young writers all chose a fairy tale e.g. Billy Goat's Gruff, Sleeping Beauty, Cinderella, etc., and had to tell it in as few words as possible, ensuring all the key points were mentioned.

To then shorten these further, the young writers then tried to turn the stories into newspaper headlines. Examples of these include:

Then, to generate a short story as a group, we passed would write two lines of action on a paper, and pass it on to the next person. The results of this were hilarious, with pregnant horses who can somehow fly and eat a roasted marshmallow at the same time.

To get the young writers writing full-length, they each wrote the first line of a short story (e.g. "What's that?" said betty, her hair now completely on fire"), for another writer to complete.

Looking through cut-outs from this weeks newspapers (such as 'Woman's body is no longer her own'), the young writers used these to create short stories from. James wrote (and read in a fantastic David Attenborough impression):

Humans: the creatures of supreme being. We often turn a blind eye to our relationship with the animal kingdom and find often too much a disassociation from our primitive form. The world would simply be different without us and so would those who share out planet.

Now, following my altercation with the BBC, and the job of narrator of Blue Planet 3 going to Mary Berry, join me now in my first key stage three personal education booth, where we will discuss how to mate with your mate, the four step guide to puberty.

After this, we played a game called Man Bites Dog, where we each pick five cards that give us the elements of a headline - see picture.

From these, the writers could then go on and develop the headlines into longer length stories, or they could do the same activity as the younger group, where they wrote an opening line for each other.