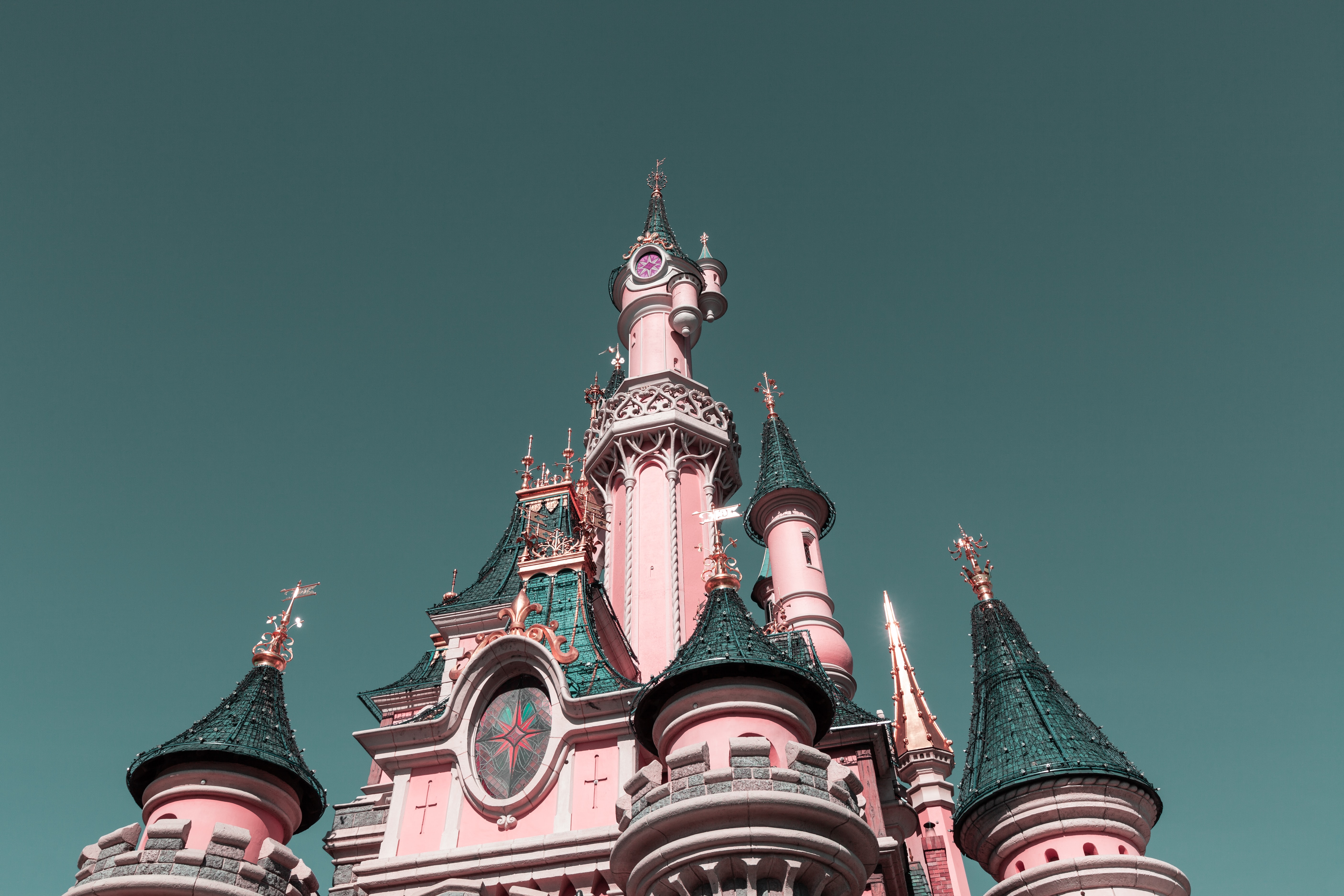 This morning I had a pile of fairy tale books on my desk, a heap of tabs open, and a pages of notes as I prepared to give both groups a potted history of Sleeping Beauty.

The tale most of us will be familiar with is based on Perrault’s version of the tale - The Sleeping Beauty in the Woods. However, Perrault’s tale kept going, venturing into a story of a child-eating ogress.

To save on word count, and because we all have internet, the brief overview, with links I highly encourage you to peruse if you’re interested, is that Perrault took his tale from the earlier, darker Basile. The Grimm Brother’s pretended they didn’t take their version from Perrault and attributed it even further back, to a tale which is one of the 11 recognised Sleeping Beauties on the ATU Classification – a sort of Dewey Decimal system of primarily Indo-European folklore.

On this list was an Indian tale called the Petrified Mansion, which Susmita looked up believing she didn’t know, only to realise it had been a childhood favourite by a different name.

It’s nearly impossible to trace back the exact origin of oral tales, though studies of language trees suggest fairy tales could go back thousands of years. Certainly the aspect of tricking someone who thinks they’re eating a child with something else (part of Perrault and Basile’s tales) is present in stories over thousands of years old, as the Ancient Greeks have a myth about Kronos eating a rock instead of his child, Zeus. Maybe the Sleeping Beauties all came from one tale, maybe they all sprang up individually to explain then-unexplainable phenomena such as comas.

Going away from the written tales into the performed, pantomime became a great hub of fairy tales, with Sleeping Beauty first performed in Covent Garden in 1840, and more information on pantomimes in general can be found on the V&A website.

I wrapped up this whistle stop tour with a run through the Tchaikovsky ballet, which brings us to Disney, who used music from it for their 1959 animated adaptation of the first half of Perrault’s work.

After that, was story time. Serendipitously, when I was in college, I had chosen to rewrite fairy tales for my Extended Project Qualification, an AS level where you get to chose what you do. After answering questions on the process and about the EPQ, we went back to the pantomimes we have been creating.

This week both groups were creating dialogue. Splitting into smaller groups, I found myself delighting in the rhymes Group 1 came up with as my breakout room tackled the three fairies, and
discussing character dynamics with Group 2 as we looked at the dialogue
in the scene between the evil Deadly Nightshade and the King and Queen
after the curse has been cast.

It’s always interesting to see people writing together. When we think of writers, we usually think of people isolated away from the world, scribbling away for hours before showing only the smallest fraction of their labour. Groups like Mayflower Young Writers give a chance for writers to share work with peers that’s maybe slightly less polished, but its completely different to creating with another person or group of people. I applaud all of them for launching into this task and for what they all came up with together.

G2 Dialogue between Deadly Nightshade, the King and Queen 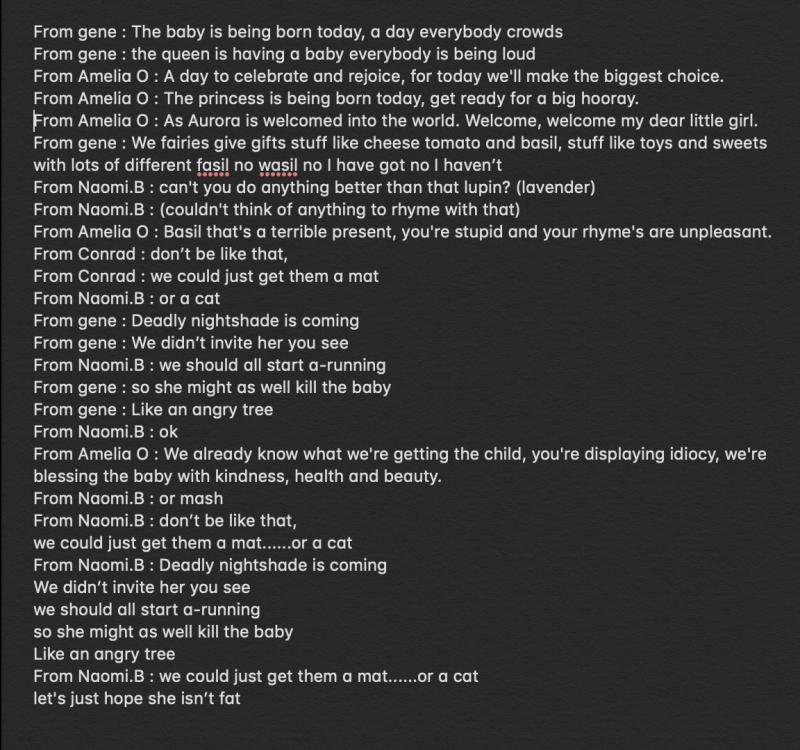 Sanmainoofuli, a Japanese folk tale. Translated and retold via Zoom chat by Naomi B.