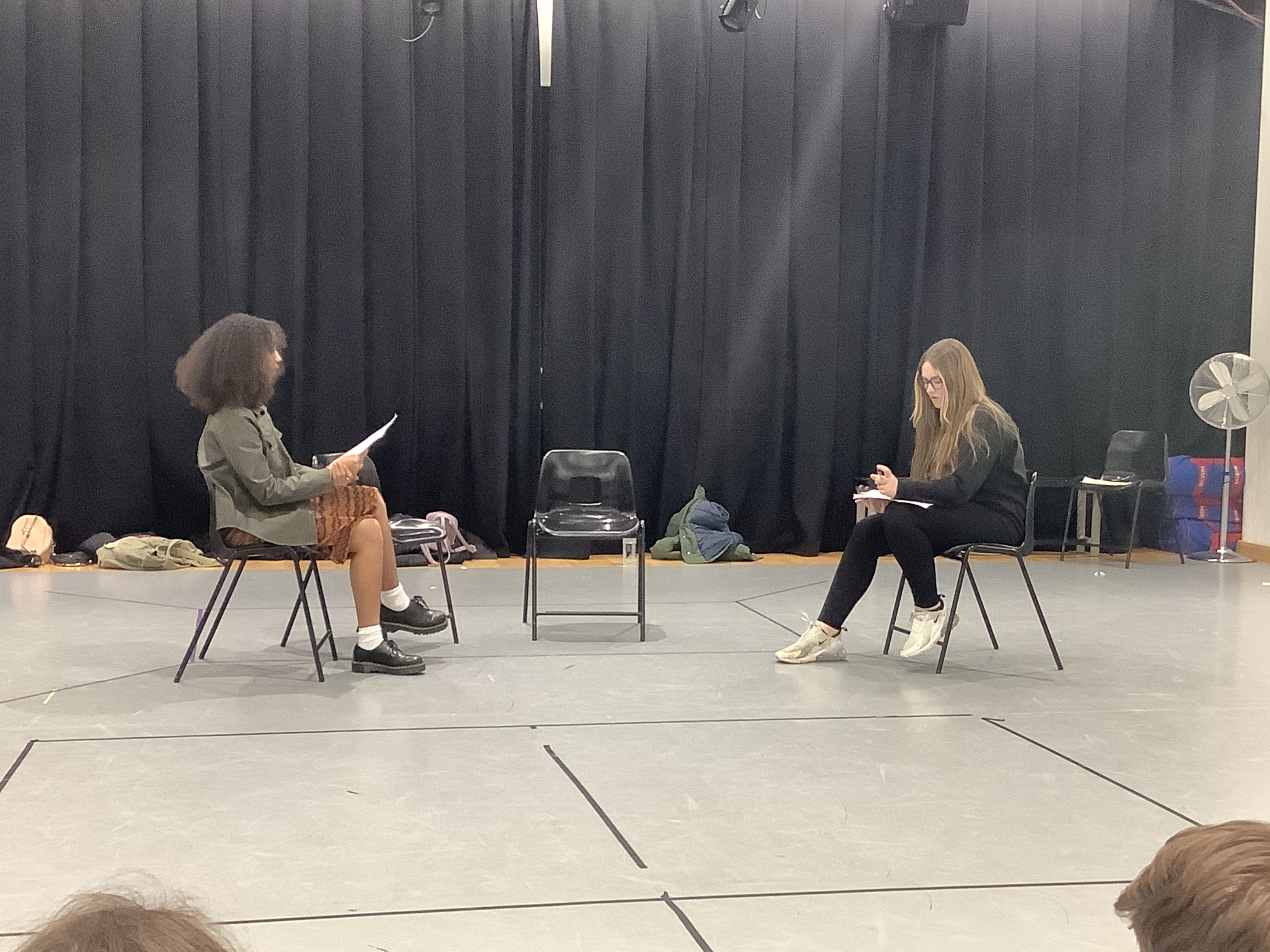 This week’s session began with a prompt to write about our week as if it was a balloon model (like a balloon animal). Responses included a basic sword balloon made by an underpaid clown at a children’s birthday party, a blown-up balloon in the middle with two disappointing un-blown-up parts on either end, and a balloon horse made by someone who is new to balloon modelling so that it starts awfully and gets progressively better constructed.

Antosh is reading The Cyberiad by Stanislav Lem, about two constructors who try to one-up each other creating impossible machines. Inspired by this, we were tasked with coming up with an impossible machine of our own. See the full list below.

We each chose one of the impossible machines which the group came up with to explore in a writing activity, treating it like a thought experiment, following the logic of the machine.

After this activity, we moved upstairs to join the Mayflower Youth Theatre. The youth theatre participants have spent time rehearsing our duologue scripts (written and submitted by members of Crow’s Nest).

The writers became audience to their own short plays and were allowed time afterwards to ask questions of the actors, and vice versa, which led to group discussions about the pieces.

It has been a well-received opportunity to see our writing brought to life onstage; next week, we will attend a final showcase of the most rehearsed versions of the pieces, and have an opportunity to go along to a showing of The Strange Case of Dr Jekyll and Mr Hyde afterwards at MAST Mayflower Studios. 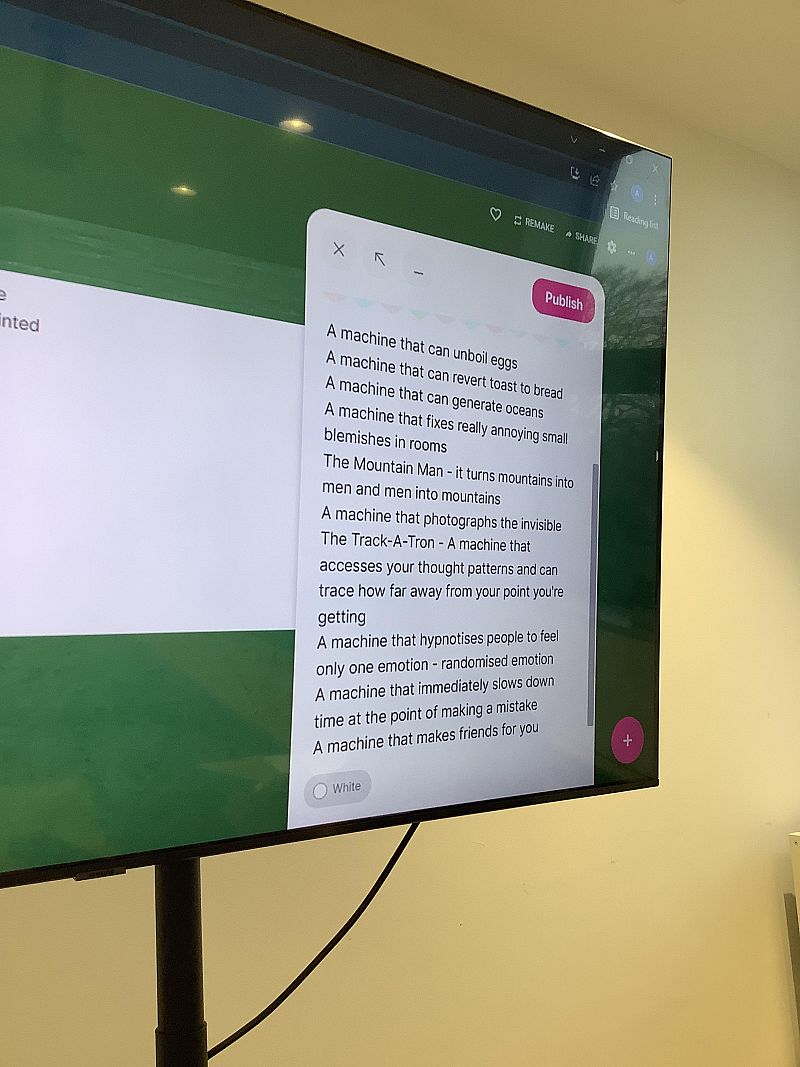