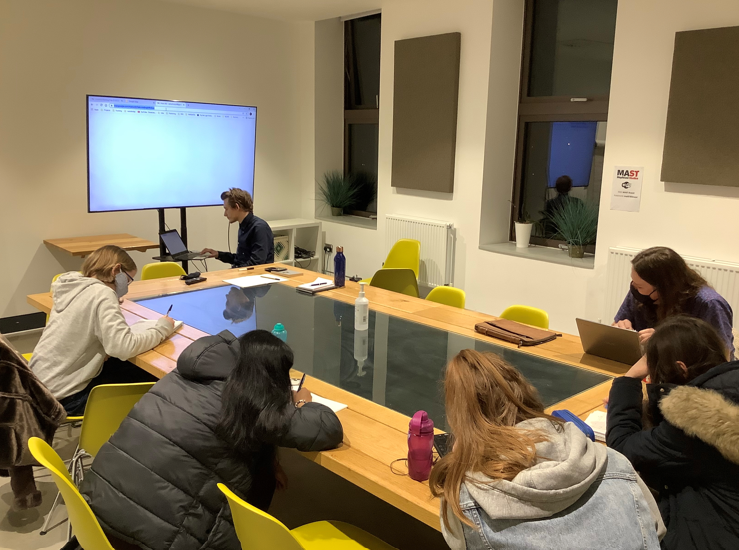 This week’s session of Crow’s Nest began with the prompt to
describe the past week as a wrestling move or physical manoeuvre. Answers ranged
from a jump in the air where you sprain your ankle on landing, to being
repeatedly punched in the nose until you are knocked out.

With an opportunity coming up to collaborate with the youth
theatre in MAST (where Crow’s Nest members will write duologues for the youth
theatre to perform), Antosh thought it best to get us into the appropriate headspace by looking at Jon
Sands’ Dusk (see below), a poem which shares characteristics with a duologue.
Our responses to the poem included feeling it was disconnected and like a fever
dream, closer to one person’s internal speech than a natural transaction
between two people.

This observation led us into our task, to write dialogue
between a character (possibly ourselves) and an internal emotion, personified
in some way – anger as a dog, for example.

Once we had tried this, Antosh referred us to Eugene Ionesco’s
The Chairs (see extract below) as an example of how environment can frame a
scene.

We were asked to pick out the intentions and emotions we
identified in the characters from Scene One. Conrad sensed Old Woman was
sensible and joyless, while Old Man was dreamy and emotional, on a mission to
satisfy his compulsions. Libby pointed out how the two characters were opposites
in some ways, which Antosh concurred helped us understand them.

Again our prompt was to personify internal emotions through
dialogue, this time paying attention to opposites. Libby chose to pit risk
against safety, Conrad knowledge against stagnation, Louise laziness against
productivity, Rohini reason against curiosity, and Vic creativity against
boredom.

Next, in an abstract prompt, we turned to a list on the
board Antosh had been collating throughout the session of snippets from our
conversations (see below) and used these to inform free writing in any way we
wished.

Then before we finished up, a suggestion propped up from the
group that a perfect home for our abstract prompts and what comes out of them
would be Tumblr, which encouraged us to search for meme formats we could infer
dramatic structures from, such as the five-act example below.


Crow’s Nest will return next Tuesday. 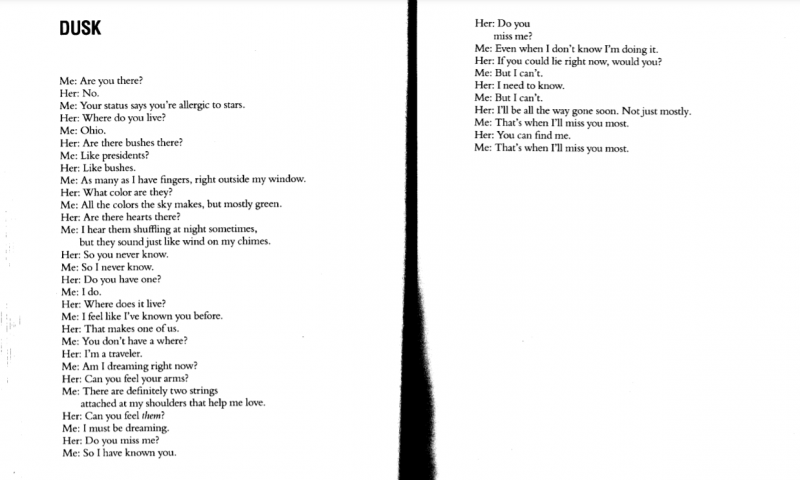 Snippets from our conversations became the stimulus of the final activity. 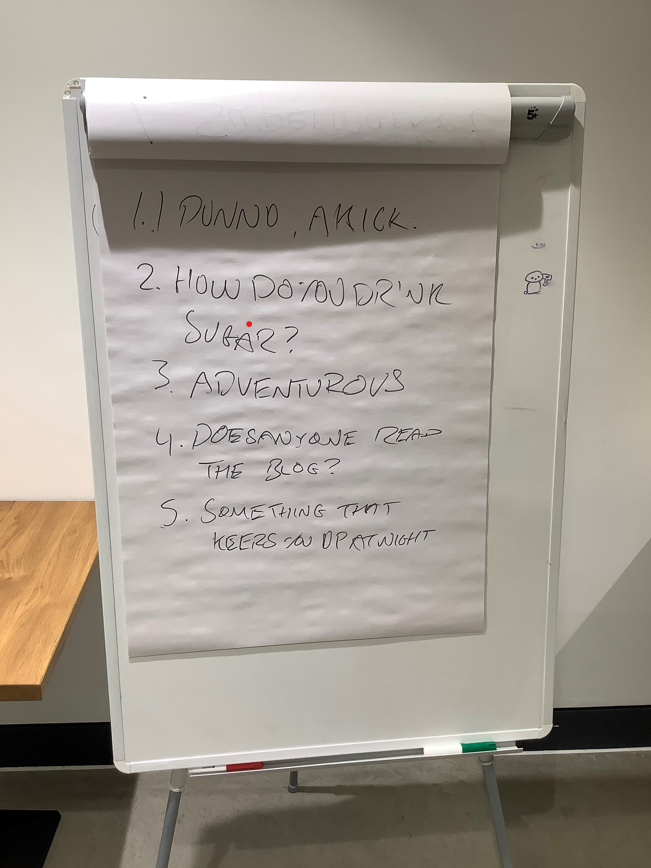