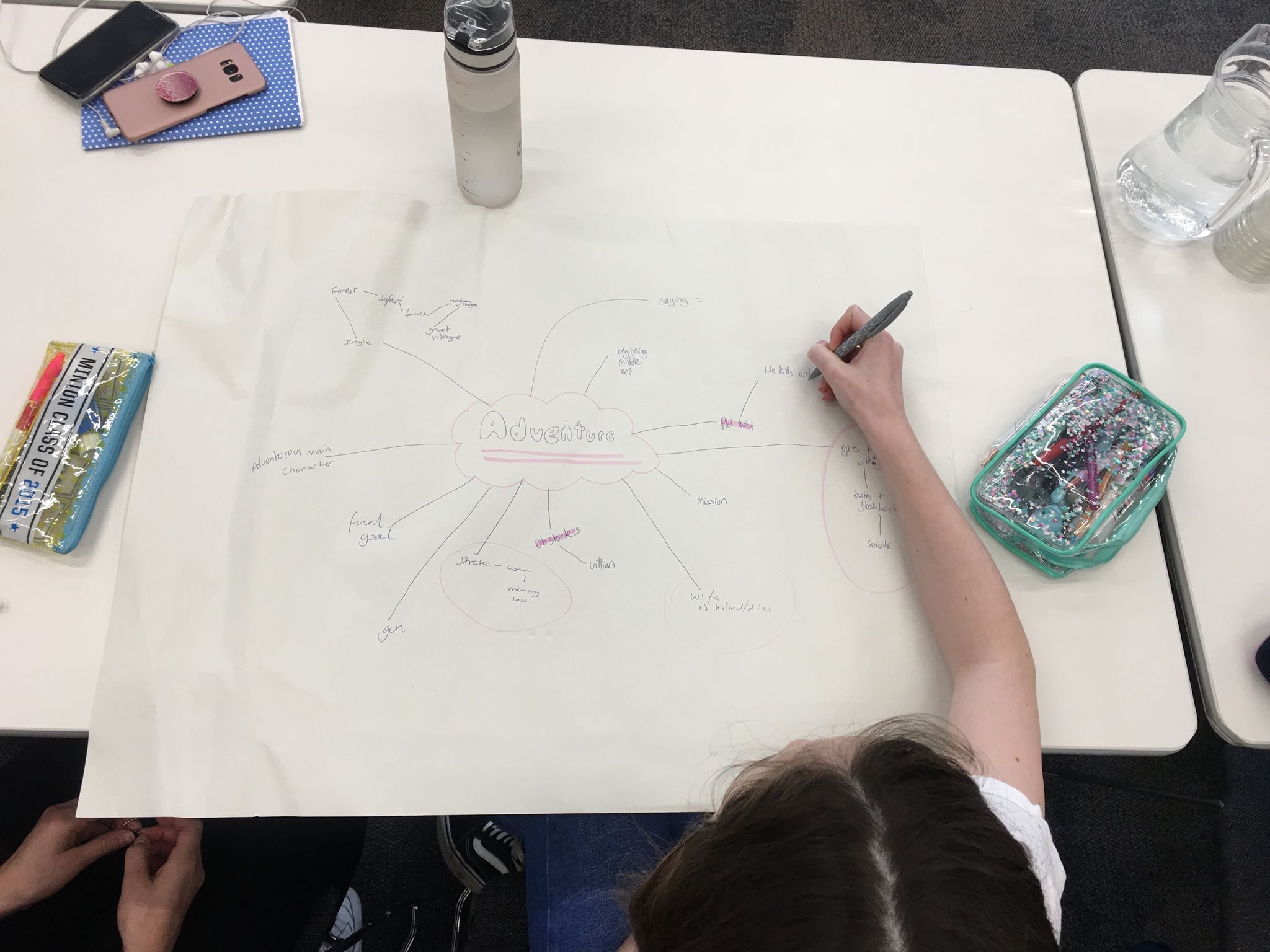 11-14 Age Group, 11 Attending
As it was the last session before Easter, the young writers were told they could write in any form or style they pleased, as long as it adhered to the genre's tropes/cliché's.
To recognise these, the writers grouped up and created spider diagrams of all the topes/cliché's you could expect to find in each genre. The genre's we explored were:
An example of this was that in horror you could probably expect to find gore, murder, weapons, and an abandoned cottage.
Then, either in groups or individually, they had to devise plots within one of these genres, and use as many of the tropes/cliché's as possible.
All the plots created were brilliant! Aofie and Maddie created a story in which a man named Andy fell into a coma after accidentally murdering his wife during a manic episode. While unwell, his neighbour hid all evidence to help Andy be a clean man, however, when Andy awoke again, he had lost all memory of the event, and therefore went on to attempt to uncover how his wife died!
After a hilarious game of consequences, the young writers continued with their plots, now pulling out the finer details ready to begin writing them fully!
14-18 Age Group, 9 Attending
Similar to that of the younger group, the writers created spider diagrams of all the tropes and clichés within these genres. However, instead of including these, they had to avoid them all. This proved a challenge as what romance doesn't involve characters in love?!
Well, Lily and Hannah created a beautiful romance in which a terminally ill patient befriends another patient's visitor. They create a gorgeous friendship, and compelling story line.
After a game of consequences (in which Tabby met Donald Trump), the writers began to piece their notes together and start the stories. With each writer eager to share, we then took turns to read our work.