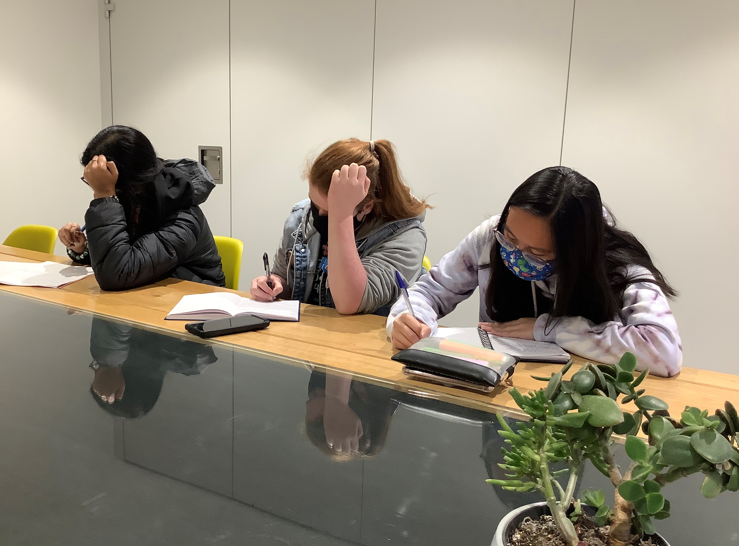 This week’s Crow’s Nest began with the prompt to ‘describe your previous week as a household appliance’. Answers included: a toaster so old you’re nervous it will burn your breakfast, an obnoxiously loud vacuum cleaner and… a basic wooden spoon.

Antosh then flagged up this opportunity we shared last week – a callout for diary entry submissions, and we spoke about our own experience of diary writing, how for some of us, it can be a useful method of facing our anger.

Next, Antosh asked us each for a time of day, a weather formation, and a really simple setting / location. Here is what the group came up with:

Half ten at night

Dark but still warm and humid – like a cave

An eastward wind – “something coming in from the west”

Rooftop of a skyscraper

Field with a river in it

We were then asked to individually pick an item from each list and use our selection to inform a character in a first-person account.

Our choices were very formative of the tone we would go with. For example, if our character is standing on top of a skyscraper at 1.11pm in the burning hot summer, it strikes a different tone to the voice you would establish with a character outside someone’s house at four in the morning, when it’s misty.

To further inspire us, we read the opening passage to Iain Banks’s The Wasp Factory (see extract below), which left us with lots of questions (about sacrificing mice heads on poles) but a sense straightaway of the kind of world we were in.

I wandered across the cream-pebbled street with my cloak raised high above my face, distracting eyes from my face to the cloak that masked it. My brisk dance into the alley was aided in great part by the thick and inescapable fact that it was the mist season and at the precise time of 1:11pm it was nearing the thickest mist of the day. The elves and dwarves walked past me in the small trench we found ourselves in. I stepped to my right and opened the back door to “Callum's little shop of Knowledge'' and opened the hatch to the underdark tunnels below. The eyes down here were dull and grey but silver with pointed force. I followed my feet down the lightly pebbled path and arrived at my destination. The altar stood there in all its magnificent and powerful dread, and I knelt down at its clawed feet.

After that exercise, we read ‘How to be an Other Woman’ from Lorrie Moore’s Self-Help (see extract below), feeling the second person narration was detached, as with the heterodiegetic narrator we examined last week. We compared the writing style to the movements of a character in a video game, and the instructions in a cookbook.

We were prompted to write our own second-person account, inspired either by making a new selection from our times, weathers, and settings, or further exploring our scenario from before and wherever it went next.

We were also invited to experiment with sentence variation where, in the passage by Lorrie Moore, lines do not always begin with an article (she, the etc.) but with verbs straight away: “Meet in expensive beige raincoats…”

Some of us struggled to maintain 2nd person, finding it unnatural, like we were controlling and even gaslighting our characters, saying “you did this!”.

We moved onto investigating ‘persona’, a word we understood to mean the way we present in front of other people, in a way that may not be our usual selves.

To aid our investigation, we read ‘Squawk’ from Terrance Hayes’s HipLogic (see extract below), a disturbing utilisation of Big Bird from Sesame Street.

Our task was to think about a mascot or a character from children’s television and explore them in a way that reveals their hidden persona. The group’s focuses included uncovering Dora the Explorer’s psychosis, the darker sides to Charlie and Lola’s domestic life, Loki’s family ties, and the Gruffalo’s mental health.

Katelyn’s writing is shared below. 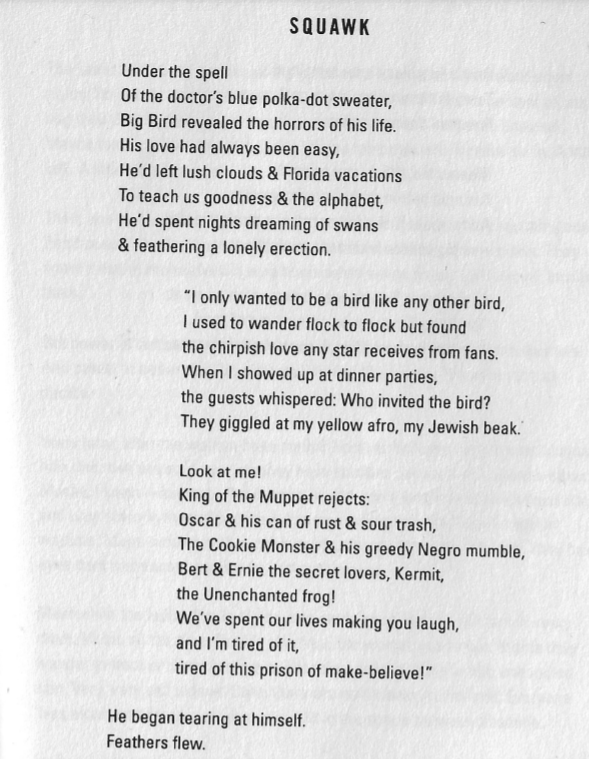 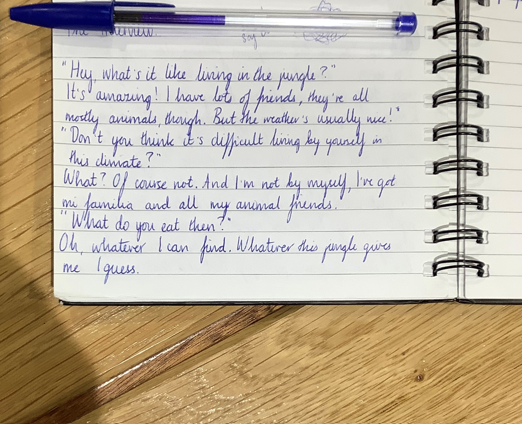