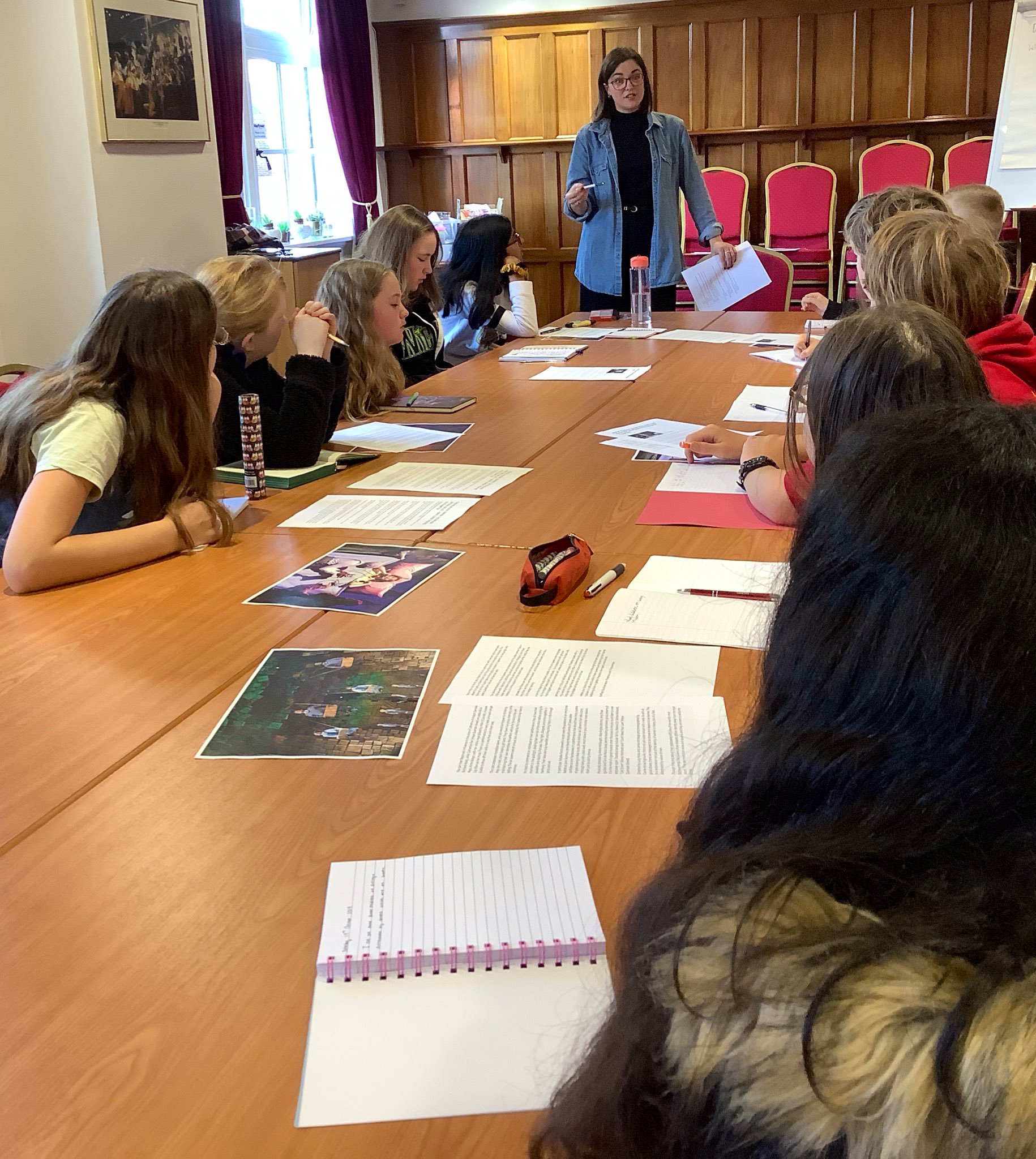 “Be balanced, but be confident about your opinion,” said writer and poet Jo Fisher, our special guest for last week’s review-writing session. Jo regularly reviews local theatre productions and touring shows – everything from musicals and ballet to opera and drama.

As we’re going to watch and review the English National Ballet’s performance of Cinderella this week (one of the many perks of being a Mayflower Young Writer), Jo’s passion for all things theatre was just what we needed.

She started the session by showing us stills from three different theatre shows – Matilda, Annie and The Magic Flute. We described what we saw: children on swings, dancing orphans, a giant lobster…but we were missing something. The experience. It wasn’t long before someone said 'surreal', for the dream sequence in The Magic Flute, and words like 'freedom', 'lively' and 'humorous' for the others. When writing a review, sharing how you felt is just as important as sharing what you saw – the complete experience.

Jo had many questions for us. When should you make notes? How soon after the performance should you write the review? What impact will your reader have on your language? Everyone agreed that we shouldn’t write things down during the performance – we might miss something; in a small theatre we might distract the performers; the light from a phone is very annoying. The interval or right after the performance are good opportunities to write down your thoughts. Jo often likes to write her reviews right after the show, when the performance and how she feels about it are fresh in her mind, but this won’t work for everyone. Some people like to mull over a performance before they start writing. Also, not everyone likes to work late into the night. When chatting about potential readers, we looked at a review she had written for her personal blog, and compared it with those she writes for other websites. Her blog posts were longer and much more informal. She advised us to have an audience in mind – friends and family, for example – before we start writing.

It was time to put Jo’s tips and advice to use by writing the introductory paragraphs of a review. We were free to choose a film, book or play we’d enjoyed recently.

The Woman in Black was a popular choice. Tom wrote: ‘For a show consisting of only two characters, the minimalism is startlingly effective, creating an intimate atmosphere the raises the tension of the production.’ Hollie began her review with mention of Susan Hill’s gothic novel about ‘a grief-stricken man and a very old house’ and Hayley also introduced Arthur Kipps and the ‘series of events that has shaped his entire life’.

Many of us also put Jo’s tip of using the rule of three – three adjectives to describe something – to use in our reviews. Isobel said of Les Miserables: ‘Featuring multiple perspectives on the French revolution and life in 19th-century France, it is a vibrant, tear-jerking and powerful musical.’ When reviewing Ameile, Geena described her as a young French woman whose ‘lonely and tragic childhood is juxtaposed with her blatant, simple and somewhat cynical view on life that creates a jarring sense of humour.’ Katie’s three adjectives described The Fault in Our Stars: ‘Not quite your typical teenage romance novel, prepare to laugh, cry and be occasionally confused by the thoughts of two wonderfully pretentious teenagers in love.’

Sam started his review with an unusual reaction to the BBC documentary, What Britain Buys and Sells in a Day. ‘“It’s actually really interesting!” On the face of it, for most sixteen-year-olds, this would sound like their idea of torture: a 90-minute documentary on how Britain buys and sells the likes of fruit, seafood and cars; however, it surprised me…’ While we were unconvinced by Sam’s view on a documentary that does sound like torture, including a detail such as his age in the review is an effective way to help a reader decide if something is for them.

Jo shared a lot of great tips with us, not just about review writing, but about writing, in general. We had many questions for her at the end of the session and we were especially keen to hear about how she started and built her blog and the different work she does in the industry.

Thank you for a great session, Jo!

We’ve had a packed few weeks and after our trip to Cinderella, we’re back on 9th November post half-term break. Until then, write on! 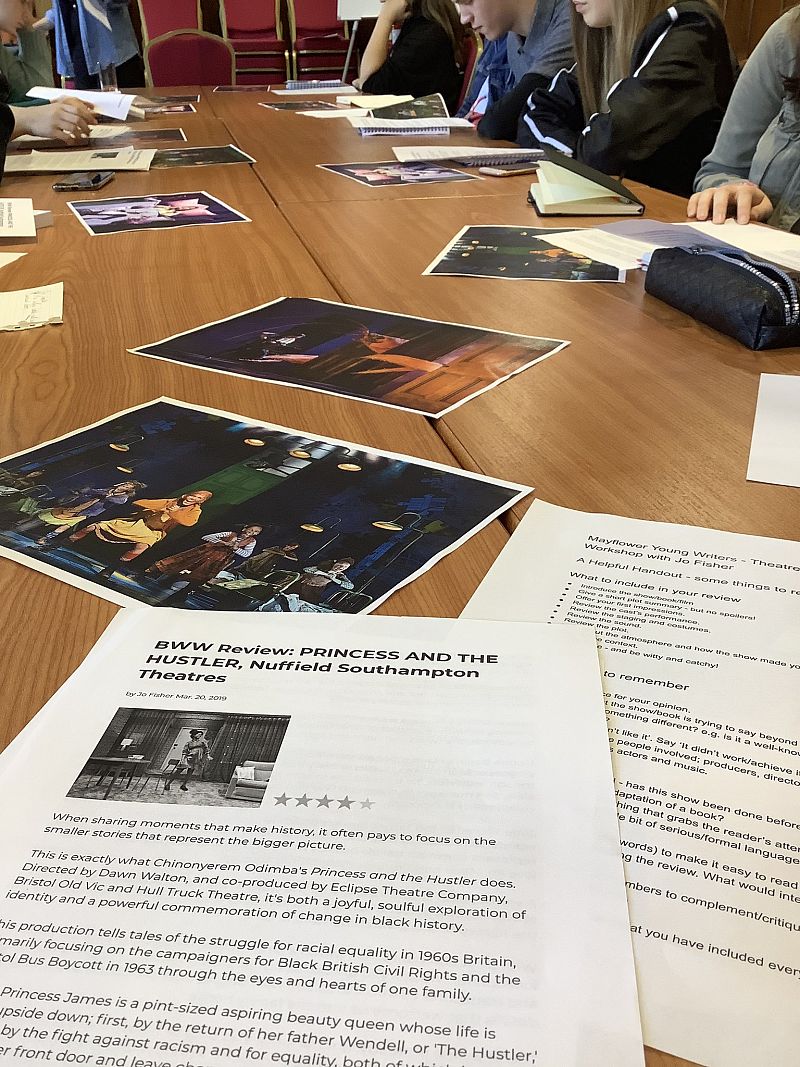