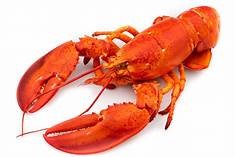 Welcome back to a new year of ArtfulScribe Afterschool Club!
While 2021 might not have started brilliantly overall, our first session of the
Afterschool Club was filled with brilliant creativity, laughs, sharing, imagination
– and some fun animal facts! (I certainly now know far more about cows than I
ever thought I would!)

We began with a classic game of Unlikely Scenes, to welcome
everyone back – and welcome some new faces! The young writers each had to come
up with an Unlikely New Year’s Resolution, which we then shared in the chat, to
much hilarity. Here are some examples…

I will only sleep on the roof,
except on Mondays, when I will sleep under my bed.

I will learn to play the trumpet
without actually blowing because that’s way too much work for me! :/

I will only eat cabbage for a
month

I will catch birds from the sky
and call them chicken1, chicken2, chicken3, etc.

hire two private investigators and
get them to follow each others

I will become prime minister

remember to feed my house an
apple everyday

Next, the young writers all had to choose someone else’s resolution
as a starting point for their own super short story!

Here is Evie’s , which took Clare’s resolution as its
starting point:

"I will only sleep on the roof, except on Mondays, when I will sleep under the bed.” I said.

“Wait, I didn’t know you could talk.”

That’s what happened about a week ago. Now I own a 10 person tent that sits on the roof and a 2 metre-long hammock under my bed. The tent now contains patches from the last 7 coats I had and some of the poles broke so I replaced them with toilet rolls, pipe cleaners, half the washing line and 50 pencils.

Monday is now my favourite day as it’s the only day when I don’t have a potential to fall downwards. I don’t count the 2cm between the hammock and the floor.

And here is Charlotte’s, which brings back the legendary
characters of Osbourne and Edwards, and takes Katie’s resolution as its
starting point:

Hire two private investigators and
get them to follow each other.

Edwards was walking to the office.
He had had a great week, following someone who actually had something
interesting to do.

Osbourne was walking to the office.
He hadn’t had such a great week. He had worked out someone had been following
him the whole week and now he was scared that he had let something become
public.

As Osbourne was constantly looking
at his notes he managed to go head first into Edwards sending everything flying
as per usual!

“Sorry. I just..” Edwards met
Osbourne picking up their papers.

The two men stared at each other.
They then slowly stood up in unison. They stared again and then each took a
step back.

“What are you doing here?” Osbourne
asked with one eyebrow raised.

“Reporting on my findings for the
week you?” Edwards puffed out his chest.

“Same thing.” Osbourne did the same.

“No. someone’s been following…”
Osbourne stared down at the papers in front of him.

He had obviously picked up Edwards’
by mistake. Then he looked again and again.

“Who were you following?”

“Don’t know. Someone stupid by the
looks of it.”

“It was me you idiot!” Osbourne
pushed Edwards.

“How was i supposed to know?!”
Edwards pushed back.

Osbourne tutted in his usuall
manner.

“Who were you following?” Edwards
asked intrigued.

“No one.” Osbourne tried to snatch
back his files with no luck.

Edwards quickly snatched them away
however.

“You were following me?!” Edwards
shouted.

“Might have been. Obviously I didn't
do very well did I?”

“How do you make that out?”

“You have written seventy pages.
I’ve only written three.” Osbouren pointed out.

“OSBOURE! EDWARDS! GET IN HERE NOW!”
A voice bellowed from within the office.

Edwards and Osbourne both looked at
each other.

“I think we should go.” Edwards
whispered.

“Promise to never talk about this?”
Osbourne asked.

The two men nodded and slowly walked
out of the office.

After sharing these brilliant stories, we moved on to
looking at the Poetry Wales Young Poets’ Competition, on the theme of Empathy.
We’d looked briefly at this back in the autumn, when the deadline was October,
but it’s now been pushed back to 17th February, giving everyone a
chance to revisit poems (or write something new!) to submit.

We started by discussing what Empathy means and what it
feels like, before moving on to looking at a different approach to the
challenge of writing an empathy-themed poem, taking the structure and concept
of Fiona Benson’s poem ‘Mama Cockroach, I love you’ as inspiration.

The young writers were all challenged to think of something
of their own which they would struggle to have empathy for – like the cockroach
– and then find some similarities/connections between themselves/humans in
general, and this thing. For example, in Fiona’s poem, the cockroach turns out
to be a brilliant mother. This didn't have to be a thing as unpleasant/unlikable as a cockroach - it could also just be something which felt very different from us/hard to understand or feel a connection with. For instance, i shared an example using a lobster, and thinking about how we could empathise/feel a connection with how it has a hard armoured shell but is soft and delicate inside, or how it adapts its colour to blend in with its surroundings.

After choosing a subject for our poems, we thought about what the thing looked like, how it
behaved, how humans reacted to it, and why it might be necessary to the world,
even if we didn’t much like it – thinking of ‘what if’ questions, for if it didn’t
exist. There were some great pieces to share, on subjects as wide
ranging as sharks, rain, beetles, and Brussel sprouts! We hope many of these
poems will get submitted for the competition!