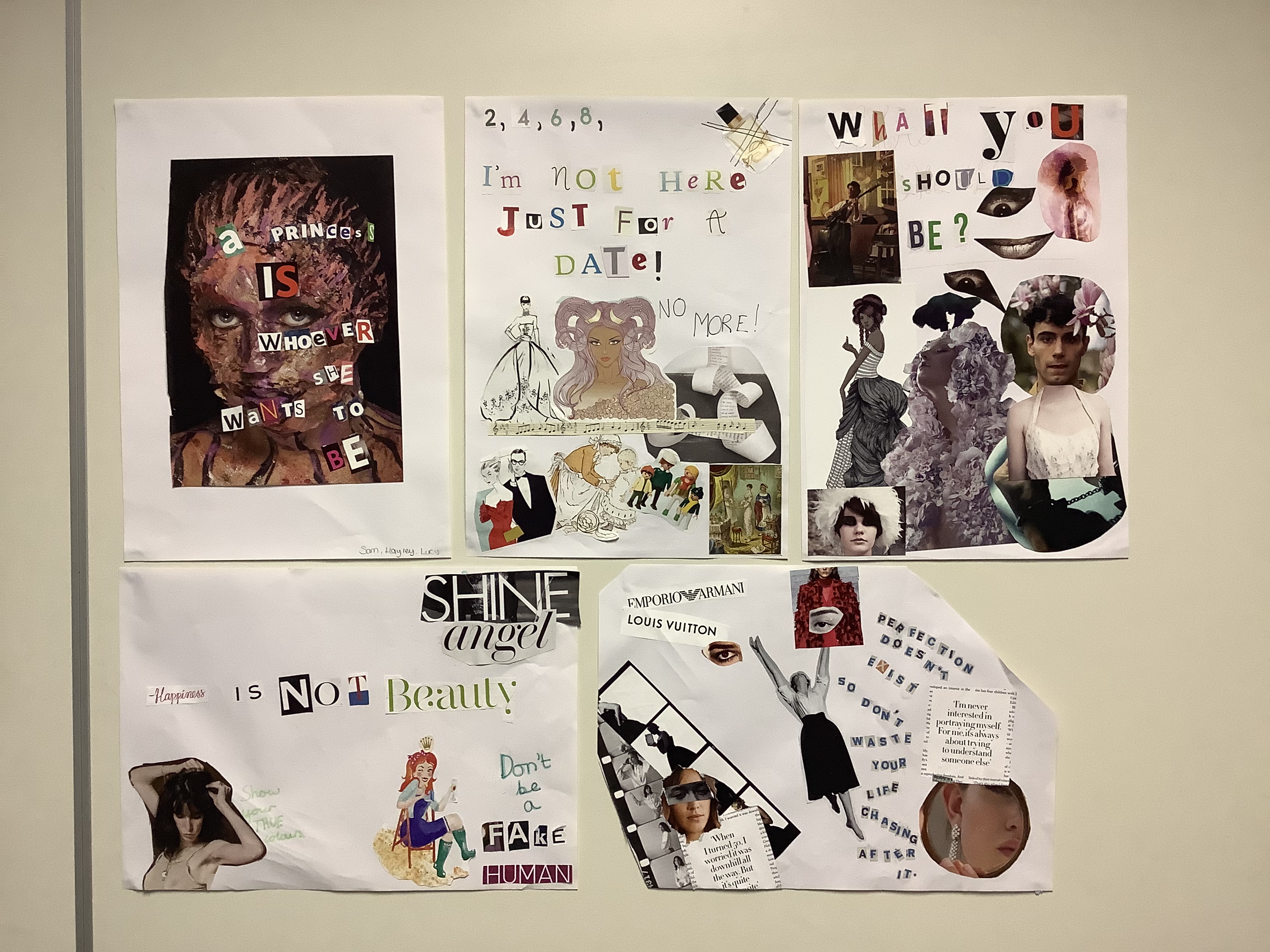 The Young Writers ventured outside the walls of The Mayflower Theatre on Saturday, as we took part in the ‘Hands on Humanities’ day in the Sir James Matthews building. The session was open to the general public and so we had some lovely new faces (and bright pink t-shirts) join us in our activity this week!

What adjective springs to mind when describing a Princess, a Prince or perhaps an Ugly Step-sister? Using our previous weeks expertise on fairytales, we used the common archetypes present in The Cinderella Story to discuss our own views on body image- concluding our fairytale topic with an interactive and prevalent twist.

The Young Writers mind mapped these adjectives and discussed as a group their findings, discovering that there was a large overlap and many similarities in the descriptive words they had selected.

The Princess was universally described as ‘perfect’, ‘skinny’ and ‘pretty’ whereas the Ugly Step-sisters were portrayed as ‘repulsive’ and ‘ugly’.

This lead us to think about why we are programmed to use these adjectives and whether we often place people in stereotypical boxes based on looks. The Young Writers agreed that the media enforces these ideas, despite personal perceptions of beauty continually varying.

Milly defined perfection to be “without flaw”, which got us discussing how our flaws can be negatively viewed by ourselves but they ultimately make us who we are.

The groups came up with their own quotes regarding their personal perception of beauty, such as “A princess is whoever she wants to be” and then worked with this general idea. Popular magazines were then used to cut out relevant images and letters, creating a unique collage to battle and satirise the false idea of beauty portrayed in the media.

We displayed our collages as a collective, showing our own understanding of body image in an attempt to combat the preconceived, stereotypical adjectives we discussed at the start. 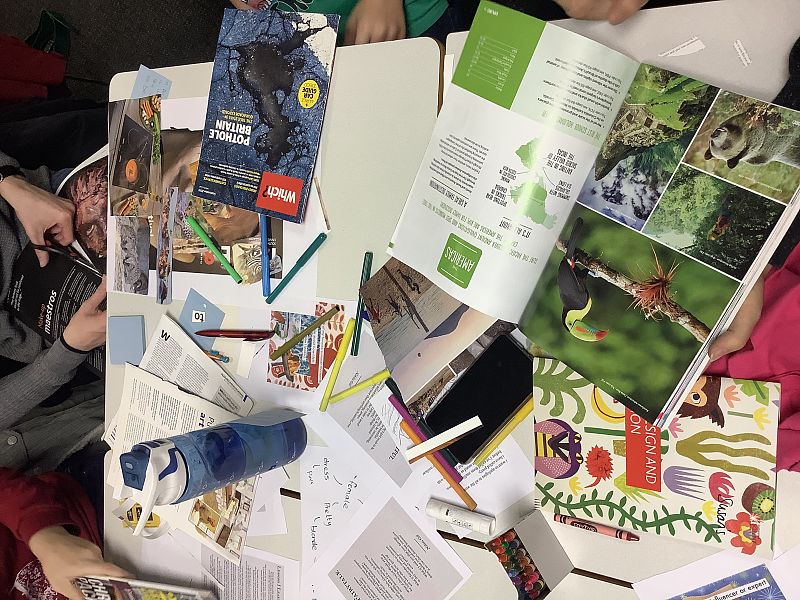