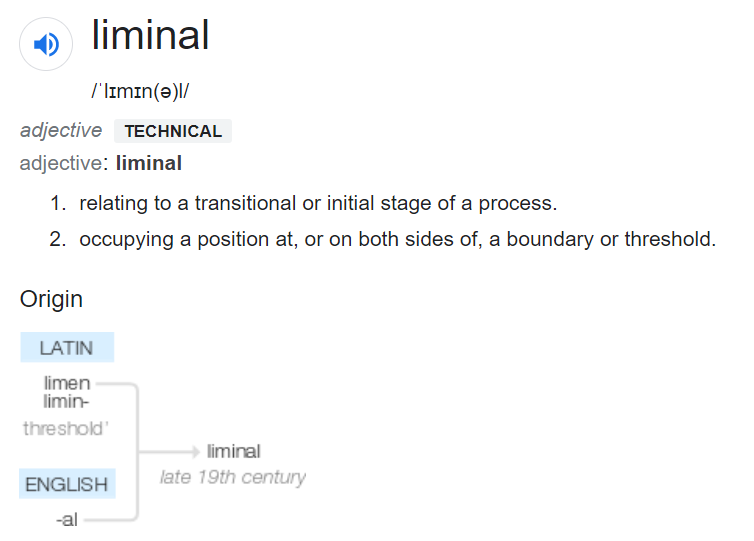 A new term of Crow’s Nest began on Tuesday with the prompt
to describe our week as a lego set. Answers included ‘A birthday cake twice the
size of the figures, dripping with icing and candles, sprinkled with rainbow
confetti, and tiny figures dancing around it’, and ‘Spaceman, Spaceman, Spaceman
set’.

Antosh raised the question to the group of what they want
from upcoming sessions, which led to ideas for scenarios we could write about. Conrad’s
suggestion involved characters being isolated in a cave, with varying knowledge
about how they got there, and this became our first prompt. Libby shared a
concept where people could switch off their emotions to focus on the logical
side of their brain. Listening to these ideas, Antosh was inspired to introduce
us to the concept of ‘liminality’.

Finally, we were shown the poem ‘Orchids Are Sprouting From
the Floorboards’ by Kaveh Akbar (see below), and prompted to write about a
character with a fixation.

‘Orchids Are Sprouting From the Floorboards’ by Kaveh Akbar 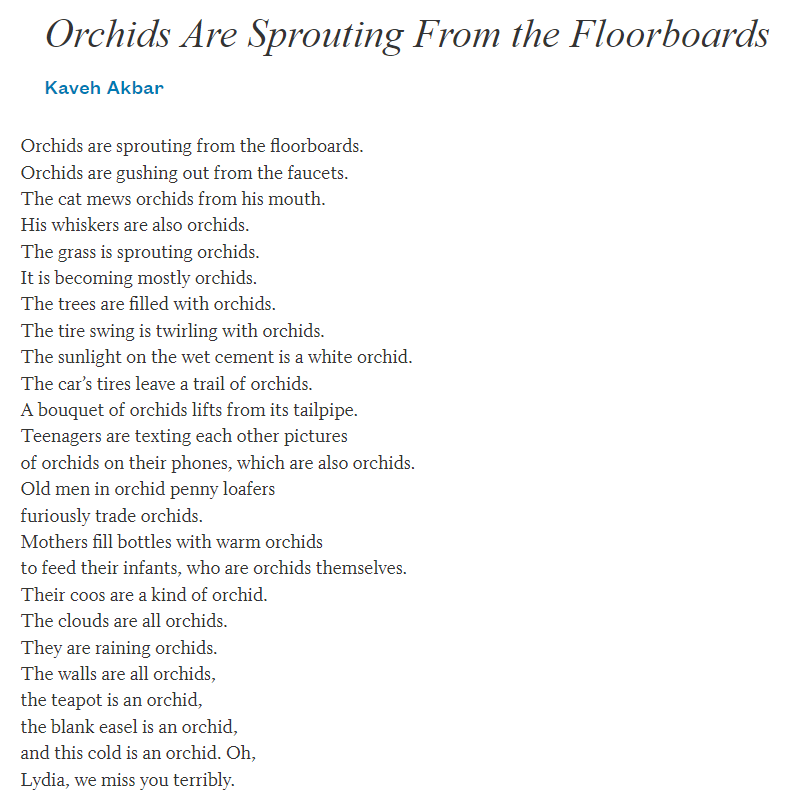 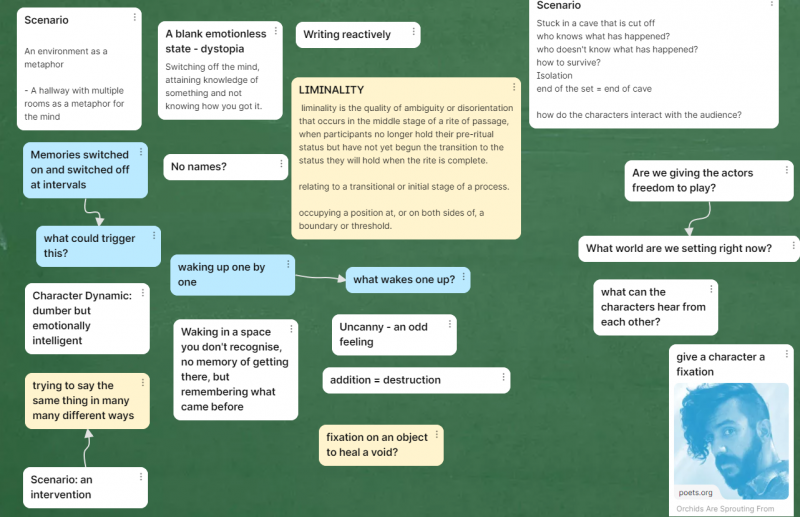