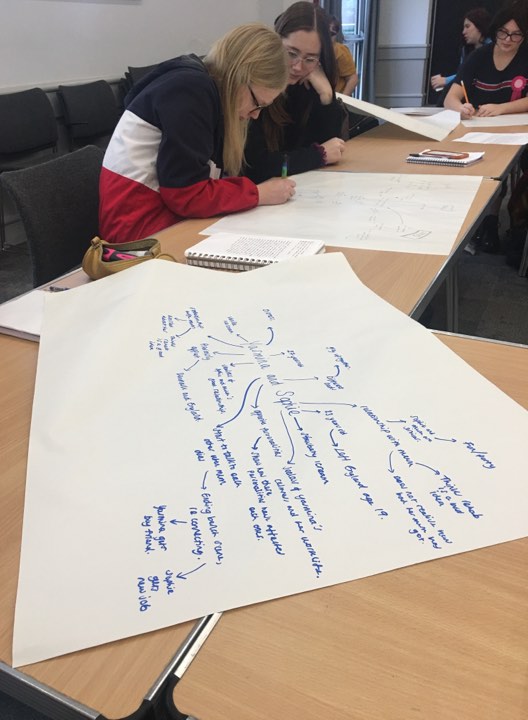 Romance - the topic of this week. Going around the room, we all discussed what our favourite romance literature/films were, and if we didn't like romance we had to say why.

Remembering back to the New Years week, the young writers wrote some facts about the characters they had created, such as their height, their interests, etc.

Then, with the person next to them, the young writers 'speed date' their characters, asking each other any questions they can think of. Once the characters were acquainted, romance stories began to be created. These romances don't have to be traditional, the more complex the better!

Once the plot is created, the pairs then write out the story properly. This could be written in any form - script, dialogue, short story etc.

Aofia and Hayley wrote a hilarious piece on a gay couple who adopted three children - George 1, 2, and 3 - and in the divorce settlement one partner won the others Scottish accent.

Following a similar lesson plan to that of the young group (but this time with party hats - happy birthday Lilia!), the writers discussed what their favourite/least favourite romances were. Glee was a hot topic, and Macbeth swept in as an unexpected choice (from Thomas, of course!).

In pairs, and drawing on their previous characters, the writers 'speed dated' these characters and asked questions to get to know each other.

After this, they had 15 minute to mind-map ideas for a romance between these two characters - this could be friendship, love, un-traditional, etc.

Hannah and Esmae form a story of a stalker, while Lily and Lilia create a lovely tale of mentorship and self-discovery. Rather different to that of the others, in a fantasy genre, George and Thomas couple up a World War 2 Witch which summons a life-size insect to the depth of hell.

Taking these stories, the writers were then asked to create dialogue for the first time they met.

Evie and Mabel read out their dialogue which included two characters from completely different worlds. The cleverly dialogue portrayed this through dialogue including:

"Time works differently here. It's likely been a week already." 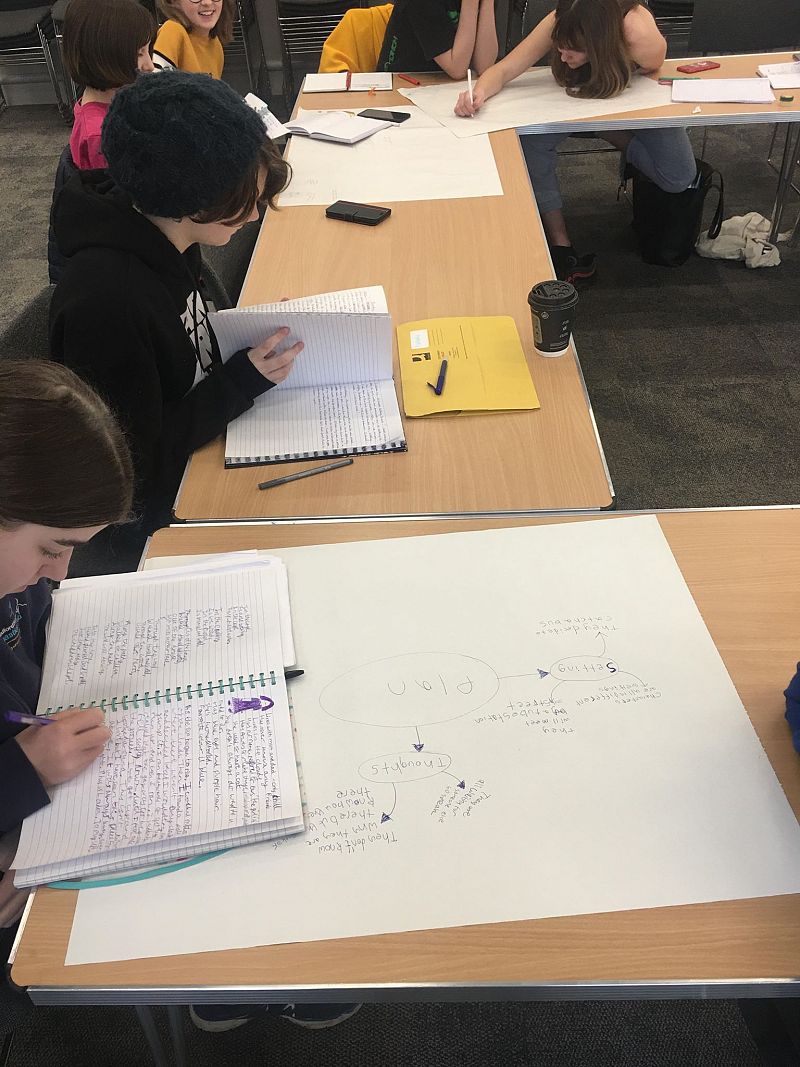