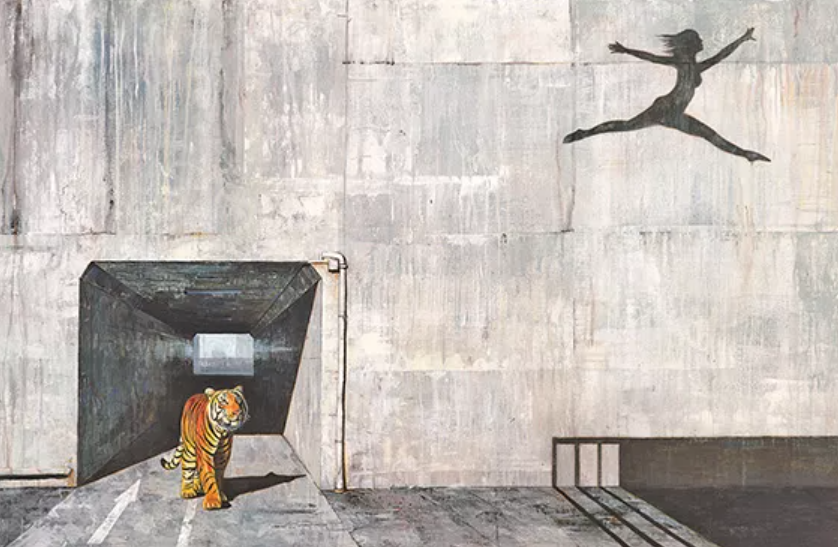 This week’s session of Crow’s Nest began with sharing what we are reading, and then a prompt to describe our week as ‘a shape and a flavour’. Responses included a pot of slime that’s been left out overnight (which tastes of out-of-date grapes), and a square that tastes of cinnamon (which is usually a circular taste, but this week is square).

Antosh re-capped our term focus which we set in the first session: liminality i.e the state of being in between – and crowdsourced liminal times and spaces from the group.

Knocking on a door / doorway

Centre of a roundabout

Asleep on a Bus

We were then shown some paintings, mostly from ‘Tales From The Inner City’ by Shaun Tan, spending a couple of minutes looking at each picture, capturing in note-form (or however we liked) the sensory and narrative ideas they inspired. Louise found the tiger and ballerina the most evocative, while Libby liked the deer looking out of the window (see the pictures below).

Antosh shared with us the ‘intentions’ he read into the pictures, as prompts for the next window of writing time, to use however we wished:

1.      To observe from an interior misplaced life.

3.      To hide from an aggressor / aggressive neighbour.

5.      To observe misplaced life from an exterior.

Libby came up with the idea of a character who sets up camp in various liminal spaces (like roundabouts), surprising people who are only passing through – i.e a liminal space tourist. 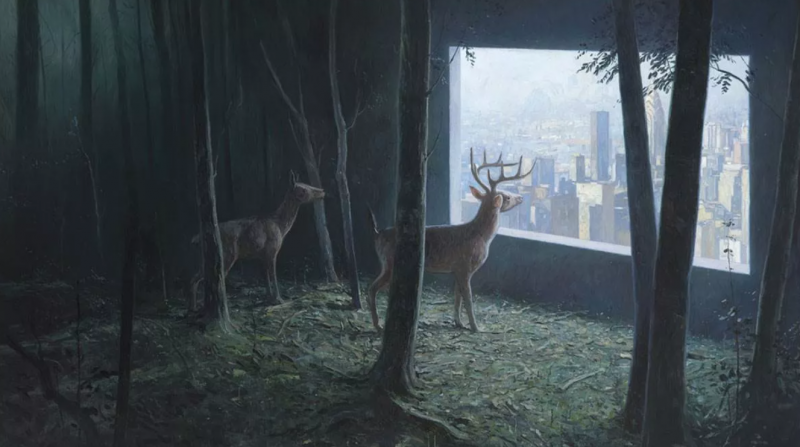 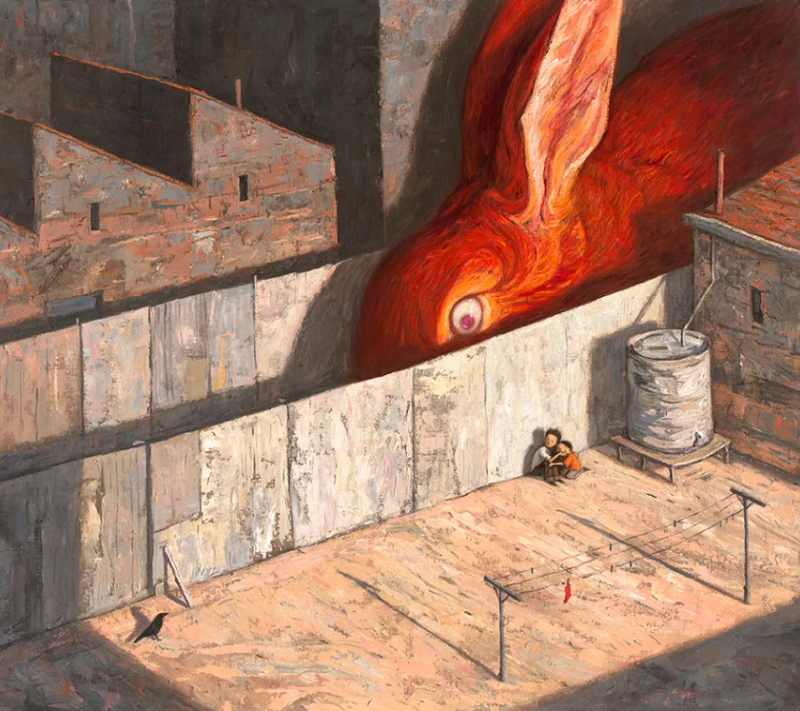 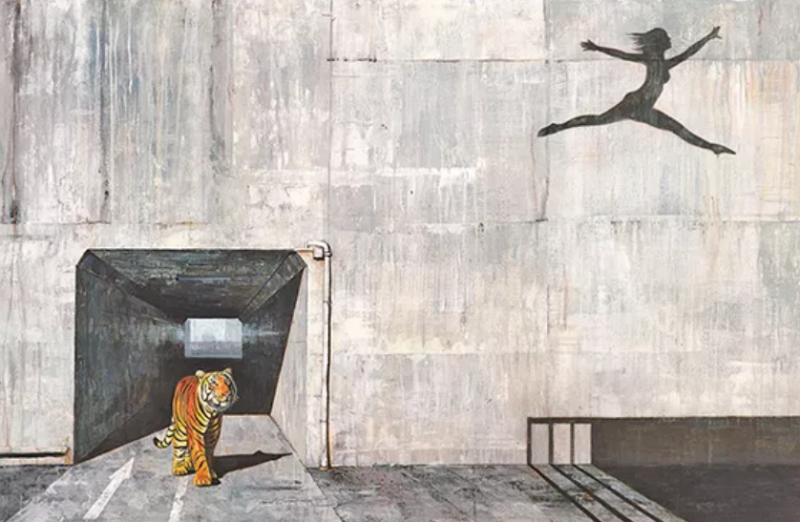 ‘Not Long Ago, Milk Cows Ruminated There’ by James Tate 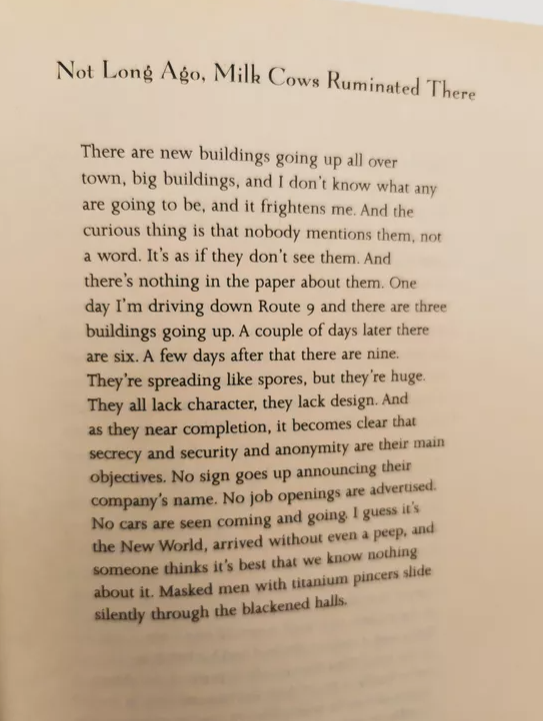