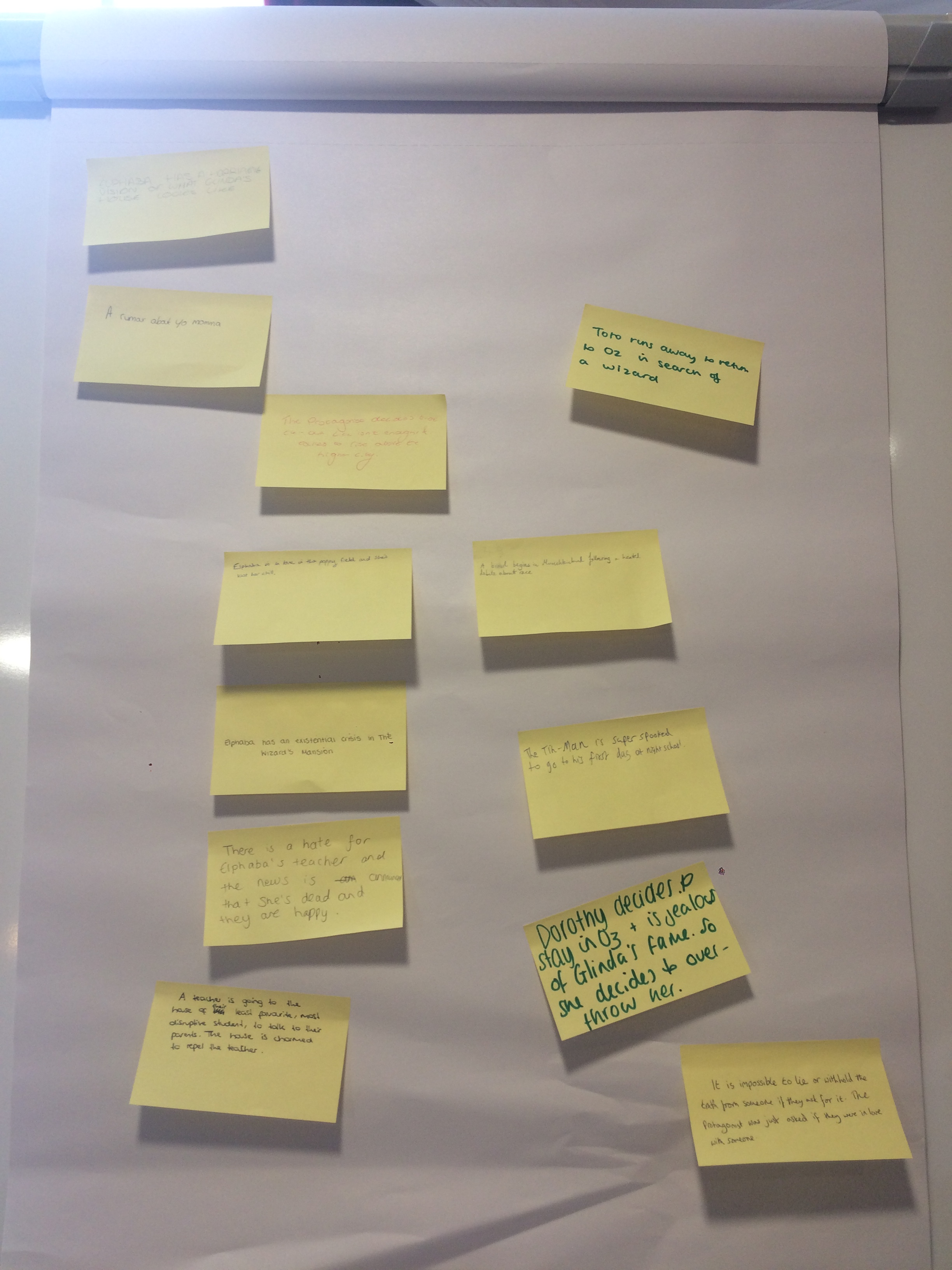 The young writers got into small groups to act out sections of the Wicked script, sometimes with the enthusiastic help of Andy and Hollie as flying monkeys.

The young writers then chose a line from the scripts that they found interesting, or that stuck out to them, to inspire a piece of their own writing. Most of them ended up as unrelated to the musical - a man haunted by his mother's death in a car crash, or a boy discovering a spell book when it falls out of the sky, but some of them took ideas from the musical and developed them, such as exploring what would happen to Chistery (the flying monkey) after the end of the musical, or writing a poem attacking the inequalities hidden behind the idealism of Emerald City.

Each of the young writers were given three pieces of paper, with a place, person, and theme, and a song lyric. Using as many of these as they wanted, they wrote a prompt on a post-it note, and stuck it on the whiteboard.

The young writers then chose someone else's prompt to inspire their own piece of writing. The results included a comic piece on Toto running away to Oz to find the Wizard, a vividly descriptive piece on the Tin Man's first day at night school, a complexly rhymed poem about a Munchkin war about race, and a dramatic monologue from someone who had accidentally murdered a colleague in search of a promotion.