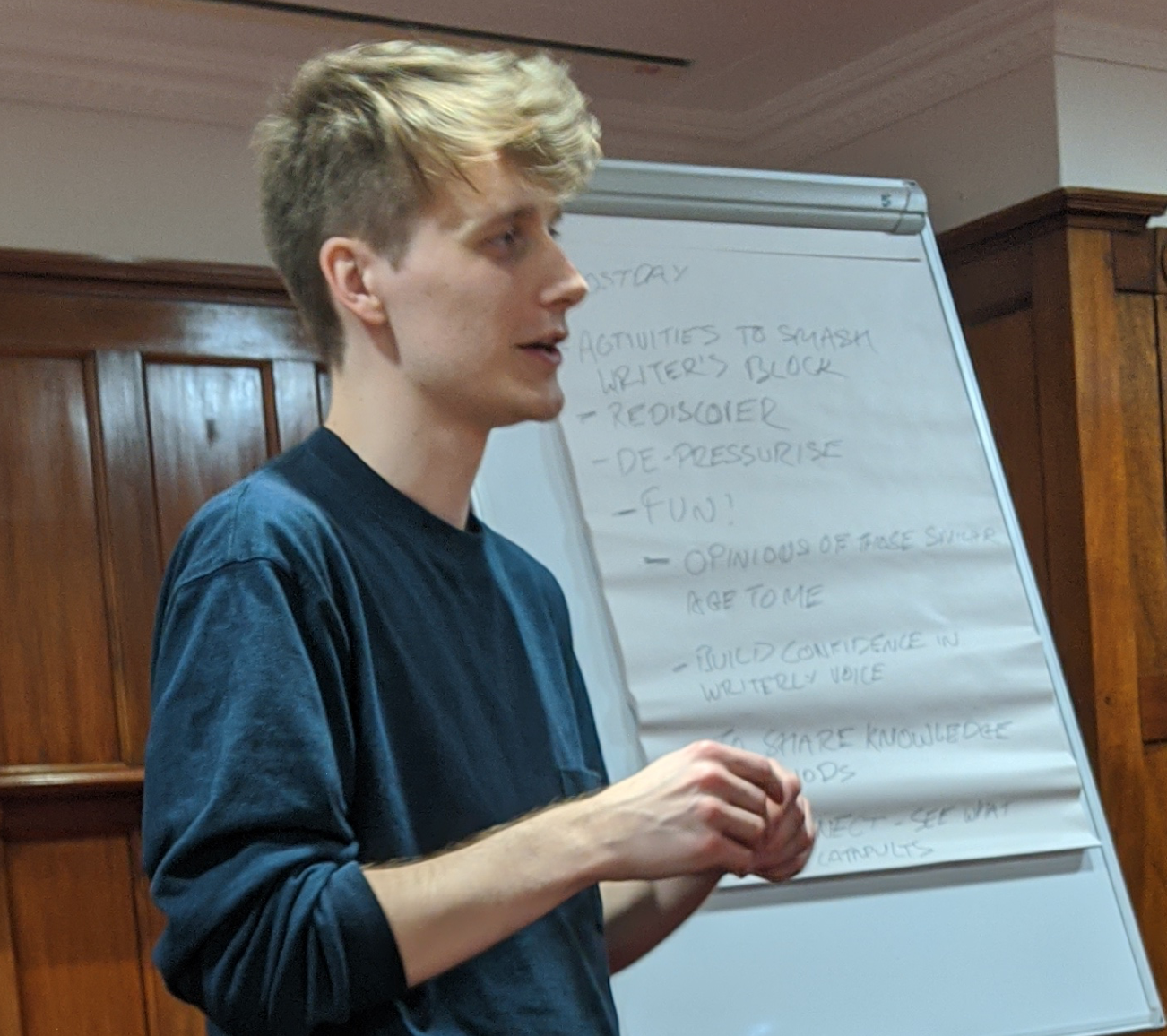 If your day was a colour what colour would it be? This is the question Mayflower Creative Writers were greeted with as they entered the deep reds, lavish gold trims and wood walls of the Mayflower space. Antosh Wojcik, lead writer for Mayflower Creative Writers, remarked that the space felt like a ship and there was a real sense that we were about to embark on a voyage, perhaps floating on the “Texas-lawn green, the kind of green you can swim in and lose all sense of time”. The writers offer a spectrum of colours from the glow of a fading “post-day sky,” to an “aluminial” silver, to a “greasy brown,” to a “post-Christmas maroon.” The exercise ends with a real sense of the personalities in the room and participants get to see one another, as if for the first time, in colour.

We set about a freewriting exercise, and the space fell silent as writers furiously scribbled and tapped away at keys. The Mayflower space is a space that’s alive. As the writers wrote piano keys fluttered gently in the background, echoing out Swan Lake. One of the participants shared his nervousness about being a “loud typer,” and apologised in case typing on his laptop had disturbed anyone, but all we heard was the sound of the piano. Lead by the conducting of Antosh our group responded to prompts, with something new being thrown out every few minutes, from “the earth said remember,” to “I’ve been yearning for a riot,” to “in the snow there are footprints,” to “that’s enough memories thank you,” to “paradise?” to “there are easier ways to be happy” our writers transitioned fluidly and musically through each prompt.

The writers commented that the freewrite “didn’t give enough time to rest, but loved it,” the feeling of pushing against “the tension of rest” and the feeling that “every line feels like the last line” as the exercise could end at any moment. They discussed how it allowed them “to write more than they would have” and “silence the editor.” One writer said a helpful piece of advice they were once given was “get it written, don’t get it right” when it comes to writing exercises and first drafts. They discussed how the freewriting invigorated a sense of play and fun in writing and reminded them “writing isn’t just the serious stuff.”

At the end of the session, writers came away with raw material ready to be rewritten and drafted from the freewrite, and a sense of each other and the beginnings of community. I look forward to seeing the writers next week, along with any new faces who will be welcomed to come and join us over the course of the year. 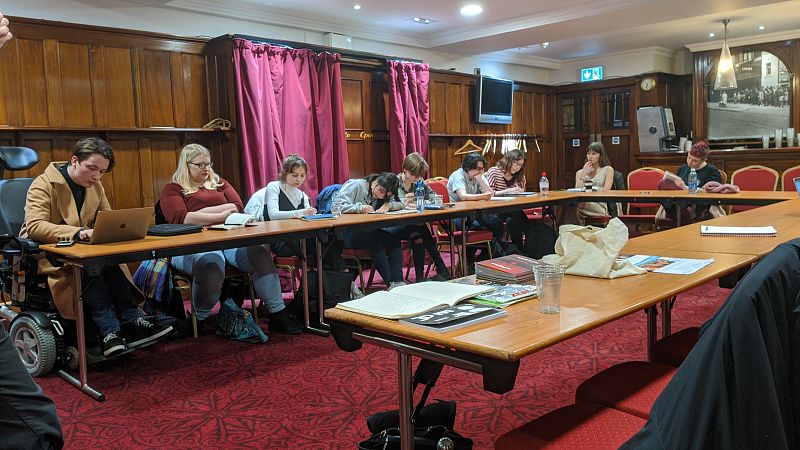 Word of the day: Postday. 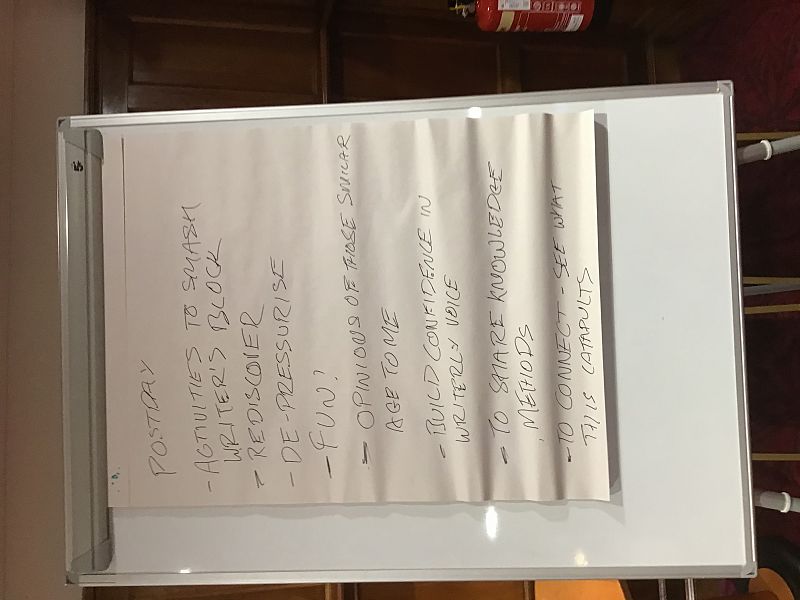 Our writer's hopes for the programme. 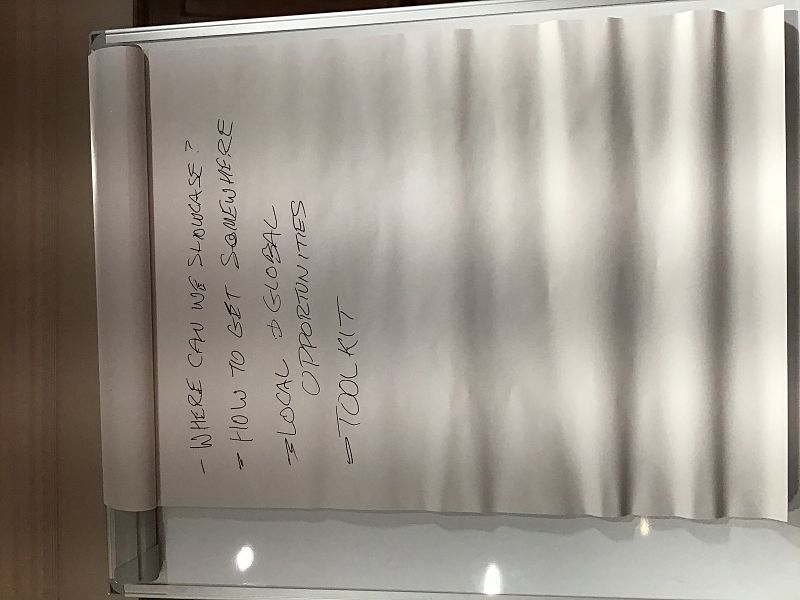