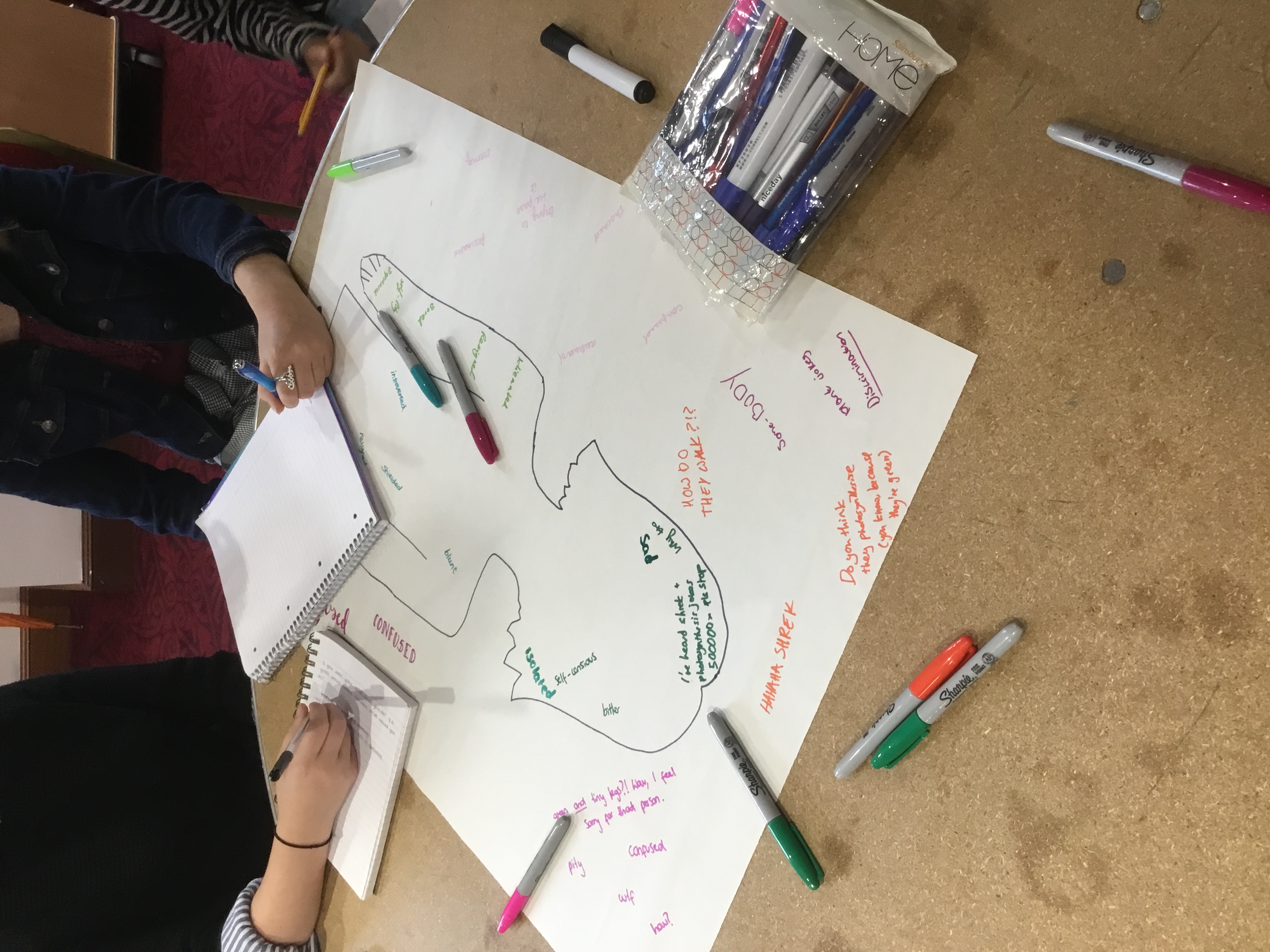 For our first session after the summer break, we began by introducing the new faces, and welcoming back the familiar ones. The young writers introduced themselves with their names and their interests - there were many screenwriters and filmmakers, but not many poets (though many had a very strong opinion on poetry!).

The exercises for this week were inspired by our upcoming trip to Wicked, as well as Black History Month - Wicked’s exploration of prejudice gives plenty of opportunity to merge these two events.

Our first exercise was the same as the younger group’s, investigating unconscious bias by trying to guess the careers, holiday destinations of choice, and hobbies of people from photographs of them. Many of the young writers tried to write down things that went against stereotypes - the muscled man as a ballerina, for example. Many gave more academic roles to the women, and more cultural holidays to the pictured people of colour, but on the whole the guesses seemed to be based more on the setting or clothing of the person than on their race or gender. For example, one woman was seen as an author because of her pose, and the muscled man as a wrestler because of his tank top.

This exercise also provided each of the young writers with a list of personality traits for each of the photographed people. They chose one to create a character from, and used this to write a short piece about their character at their holiday destination of choice - for many people, this was a beach holiday.

The young writers got into pairs, one as a green person on their first day of school, and the other as one of their non-green classmates. Together they discussed what each character would be thinking and feeling in the moment the green character enters the classroom.

One of the young writers drew the outline of a person onto a big sheet of paper. On the inside, in green, the writers wrote down what they thought the green character would be thinking and feeling. On the outside, in other colours, they wrote down the reactions of the non-green character.

Using these ideas as inspiration, the pairs wrote corresponding pieces from the point of view of each of their characters. For one pair, this was in the form of an inner monologue; for another, it was a scripted dialogue. For the last pair, this took the form of stage directions for an opening scene of a play.

The young writers were given pieces of paper with photographs of black pioneers, and some information about them written below, such as the dates they were alive, and what they had become known for. They each picked one that interested them, and were asked to write a diary entry of the chosen figure, fitting to their time period, about their experiences, to be researched and written before they are presented next week.