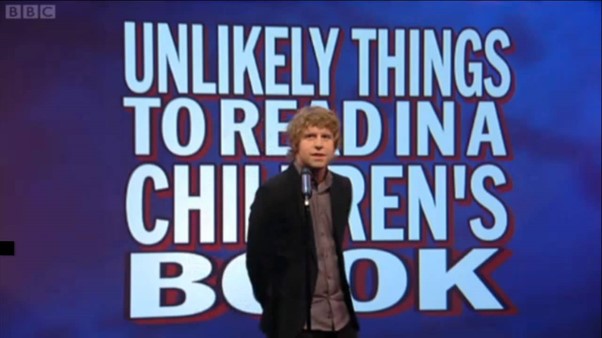 This is two blogs for the price of one, as for the last two weeks we've been focusing on the same challenge from the Young Poets Network - their 'Let's Work Together' collaborative poetry challenge: https://ypn.poetrysociety.org.uk/workshop/lets-work-together-a-collaborative-challenge/
The challenge requires you to work with at least one other person to create either a poem, or something else artistic which has poetry at its heart (e.g. you could write a poem which a friend sets to music/illustrates/turns into a film/dance etc). It's a great opportunity to work together, so in the last two workshops we've played a variety of games to get us to start thinking about ways to work together, and are now working towards creating material for two collaborative poems as a group, which we will put together/finish constructing next week!

As we're submitting these group poems for the competition, we can't share our writing on here yet... However, we can share some of the games we have been playing to help us start working together and inspiring each other, and some of the brilliant, hilarious, surreal and truly original writing which has emerged from them!

Last week, we began with a game of Surreal Definitions. If played in person, this usually starts with cutting up a lot of pieces of paper for people to write on, shuffle up and pick from randomly - but as we're working online, we managed to make it work in the chat on Zoom instead!

To begin, everyone thought of a concrete noun or thing - such as a book, a lamp, a car, an apple, a hamster, a toothbrush etc. We all wrote them into the chat. Then came the complicated part - everyone was given the noun of the person next to them in the chat, and asked to write a definition for it! We got all the definitions ready in the chat, and pressed enter on the count of three! Next, we brought it all together by each choosing an object and a definition at random (NOT the right definition for that noun!) and used this as an opening line for a five-minute free-write.

Some examples of our surreal definitions included....

Toothpaste is wax with a head that gets set on fire

A lemon is a shining door to another world

After much hilarity, these all managed to provoke some really intriguing and imaginative pieces of writing! (You can expand the game further by using a mixture of concrete and abstract nouns...which we might try in future!)

This week, we played a different opening game - this one inspired by the 'Scenes We'd Like To See' segment at the end of episodes of Mock The Week! Last week (for some reason!) we went off on a tangent at one point, with everyone talking about their experiences on trains...so I'd agreed that this week, we would do some writing inspired by trains and train journeys! So, for our 'Scenes We'd Like To See', the young writers were all challenges to come up with an 'Unlikely Announcement to Hear on A Train or at A Station'.

Bing bong. Would the driver please come to the front
carriage. You don't seem to be driving the train mate! - by Charlotte

If you see something that doesn't look right keep it hushed
and don't be a little snitch! See it, pretend you didn't see that and go on
with your day, sorted - by Thea

A trolley service will be available on this train. Kyle
stole it from the Co-op cos he thought it was funny, so jump in and give it a
go! - by Elsie

Please mind the gap between the train and the platform
edge....yes, we mean the shoe, because hell hath no fury like a businesswomen
on her way to work @ rush hour in heels - by Eve

Can the couple in Carriage 7 please stop using the charging
ports to charge your hoover, portable shower, battery-powered toaster and
electric massager. And whoever is listening to the radio can they please change
the station to Heart. Thank you. - by Evie

Please remember that the being underneath the train carriage
is your friend and will provide drinks via extra-dimensional conduits. - by George

As you can see, they were all completely hilarious and brilliant!

The young writers then chose someone else's announcement from the chat, and used it as a prompt for a free-writing exercise!

Here are a couple of examples, both inspired by Charlotte's announcement, which was especially popular!

From the amazing, ‘will the train driver please come to the front carriage. You don't seem to be driving the train mate!
Long story short, he accidentally locked himself in the toilets because
it is his first day directing the train and he got a little scared, phoned his
mum and a crowd of people are tying to persuade him to come out.
‘Come on, mate, its
just a train how hard can it be?’
‘Come out, I have an interview to get to’
'Excuse me when is the train starting’
‘GET OUT
YOU IDIOT, ITS MY DAUGHTERS BIRTHDAY AND IM NOT GOING TO BE LATE’
Yes,
it was a very tense situation, or should I say situSTATION.


By Jasmine - the final pun went down particularly well!!

"Bing bong. Would the driver please come to the front
carriage. You don't seem to be driving the train mate!"
"I will drive after me coffee," answered the
driver.
"We want
you to drive mister," backfired the announcer.
The driver got up.
"FIGHT FIGHT
FIGHT!" screamed the crowd.
The announcer rushed in and drop kicked the
driver. Then he did a RKO on the announcer.
"I don't get paid enough,"

Even just these little collaborative games sparked some awesome ideas and bits of writing - so we can't wait to see how the finished collaborative poems turn out, and to share them with you!