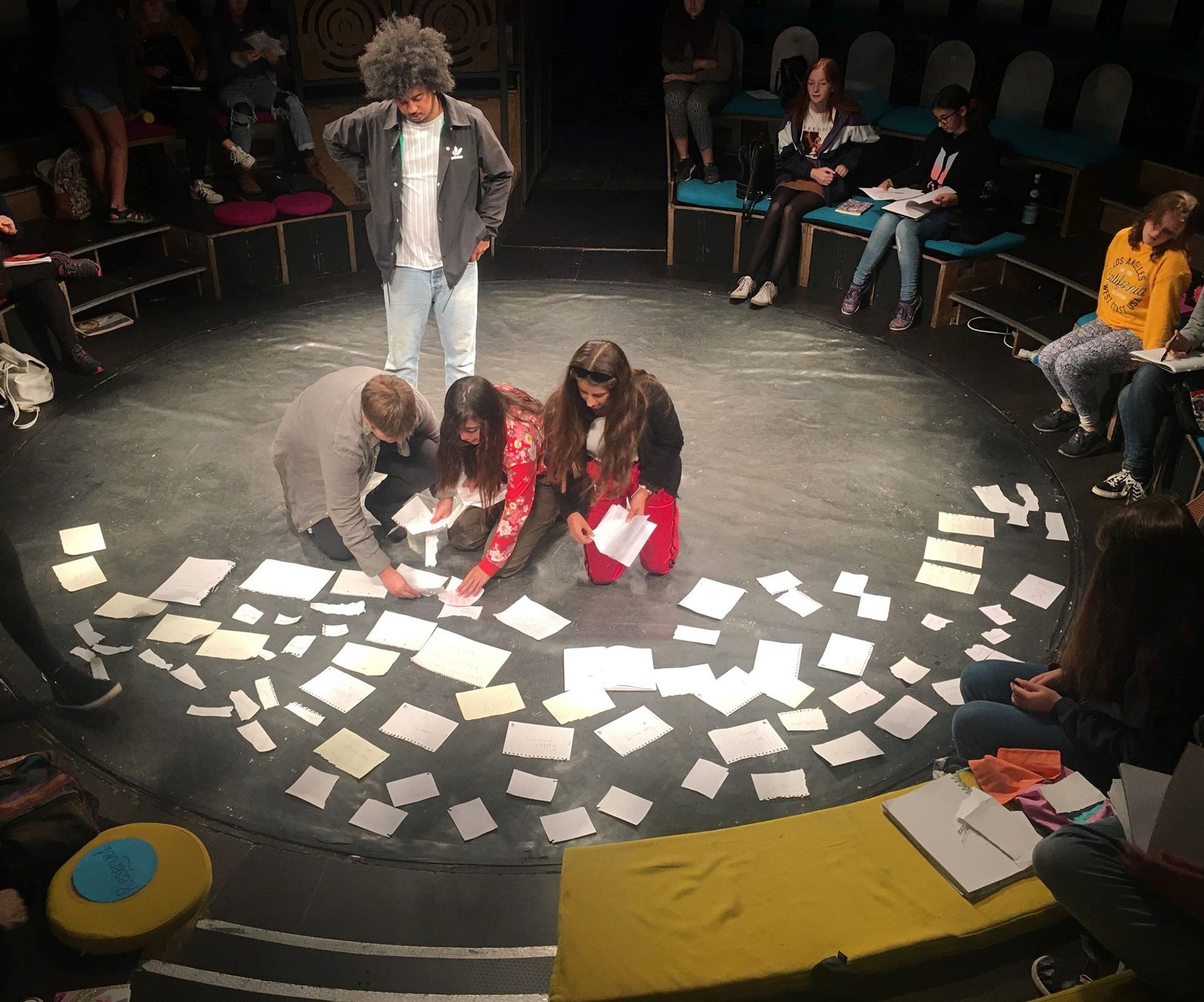 This week, we had the fantastic opportunity to visit Roundabout Theatre in Bournemouth Gardens, to have a workshop with writer Nathan Byron and watch Dexter and Winter's Detective Agency.

To get the pens flowing, NAME had the young writers write a script in 15 minutes which included the line "if you don't give me my shoe back, I will sell your hamster on the internet!".

After this we got thinking about characters, and how to make them realistic and three dimensional.

Nathan asked everyone to say who their favourite fictional character was and why - the why was very important.

After this, each writer had to make a list of traits that they enjoy in a character - e.g. sweet, honest, etc. They had to write these large on a piece of paper, and then sprawl them across the floor. They then did the same with traits that they dislike in characters.

The results were amazing (see images), with such a variety of answers.

Following on from this, the young writes then thought about how they usually came up with their characters, whether it be people watching, research from other books, or inspiration from people you knew. This gave the group other ideas of how to curate characters, which they could then put into use.

Finally, the young writers were asked to write 51 facts about their character - a method that Nathan uses for every character he writes, including the 18 in the one show (that's a LOT of facts!).

After the workshop, we were lucky enough to watch the fantastic show, which every child seemed to greatly enjoy! 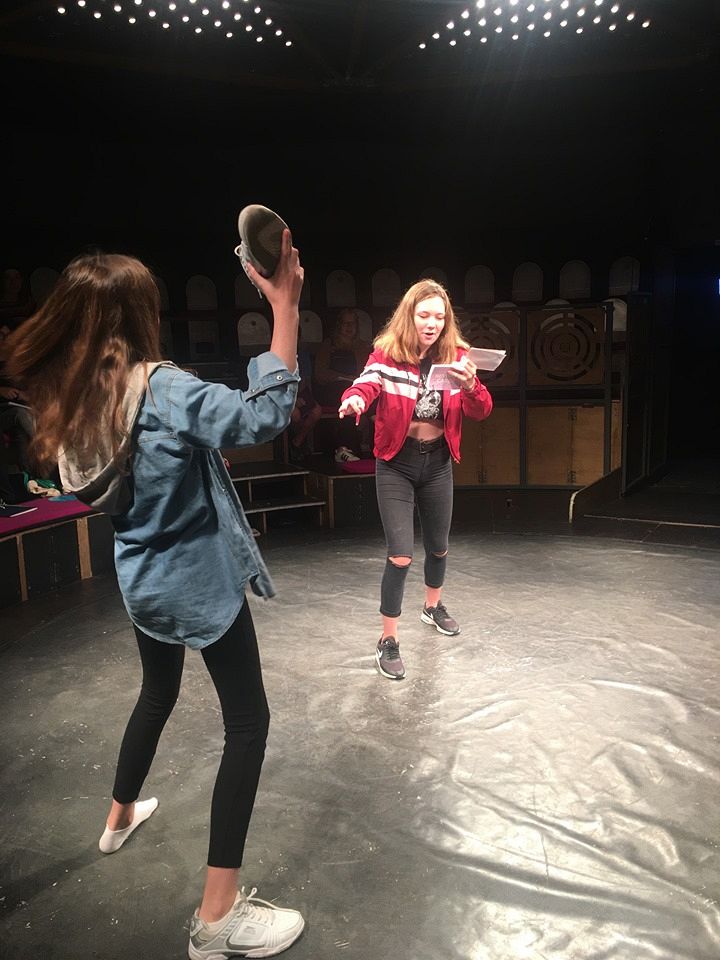 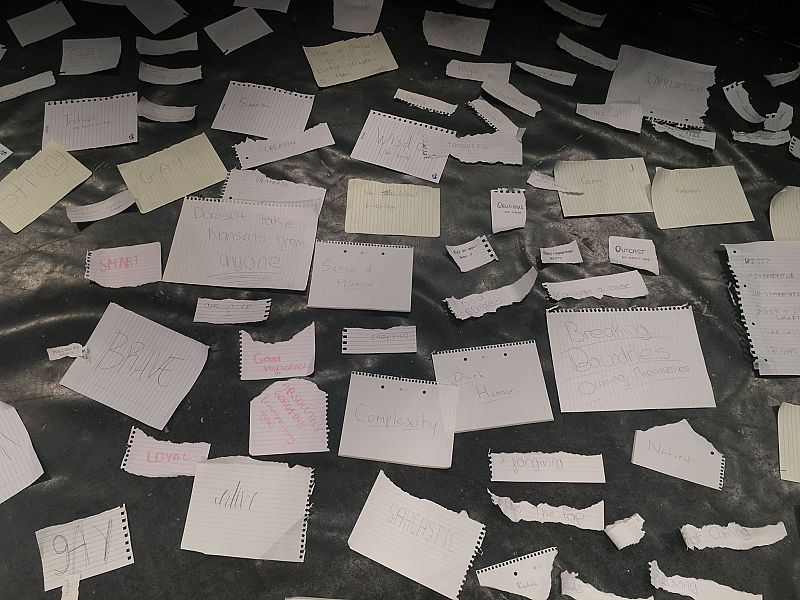