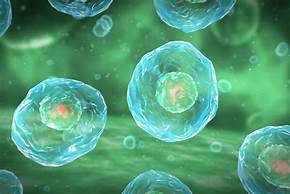 This week we were looking at the Human Cell Atlas Poetry Challenge on the Young Poets' Network: https://ypn.poetrysociety.org.uk/workshop/the-human-cell-atlas-a-poetry-challenge/

Building on these with more scientific words, we looked at the list from the YPN and each chose one - e.g. genome, mitochondria, membrane, organelle, cytoplasm, etc - to use as a starting point for our word association game, using sound and not worrying about meanings.

Next, we looked at some examples of poems which seem to use this word association game, connecting words in the poem through sound, in a similar way - we looked at Rendang by Will Harris, Wasp by Rebecca Perry, Bleezer's Ice Cream by Jack Prelutsky and The Windhover by Gerard Manley Hopkins.

Inspired by these poems, the young writers were given time to make some connections between the words on their lists, see which word/image they would want to start with and where they would want to end, and trying to build on images a little more - e.g. if for genome, a word on the list was 'gnome', what kind of gnome, where does he live, what is he wearing, etc.

Safir and Jaimes took a slightly different approach, continuing their idea for a collaborative story about Dumpster Diver Dan and his cousin, Dumster Diver David!!

One day, Dan was dressed up as an agent. david was in the
dumpster like normal. Dan went out to find some decorations. david found cheese
he kept looking and found a iphone12. Dan shortly found one. He thought it
looked like his grand parents holding pitchforks. david got out the Tesco bin
and got in his golf cart and went to the pawn shop. While David did that, Dan
picked up the painting and ran. david went into the store and asked the manager
how much the iPhone12 costed. The manager called the police on him as his
brother did a robbery and the manager had known. "DAN GET IN" He
screamed as they drove away in the sunset. they drove to the middle of the woods
and found a massive dirt pile and there was a door.

"GET USED TO IT KIDO"

he groaned and went outside grabbed a bag filled it up with
many leaves and brought it inside and made a bed. They were woken up by the
sound of helicoptors.

"THIS IS THE MILITARY.KNEEL DOWN WITH HANDS ON
HEADS"

they sat in jail bored david shouted ''I MISS MY BIN LET ME
OUT'' shaking the bars of the cell.

"I've got an idea" said Dan," Eat through the
bars.

That is exactly what they did , but they didn't swallow.


they bit and bit the bars until they ran down the metal and
took some out. they got a stone and started sharping the metal till it got
sharp. They smashed though the prison wall and ran to Russia to live in a
Dumpster there, free.