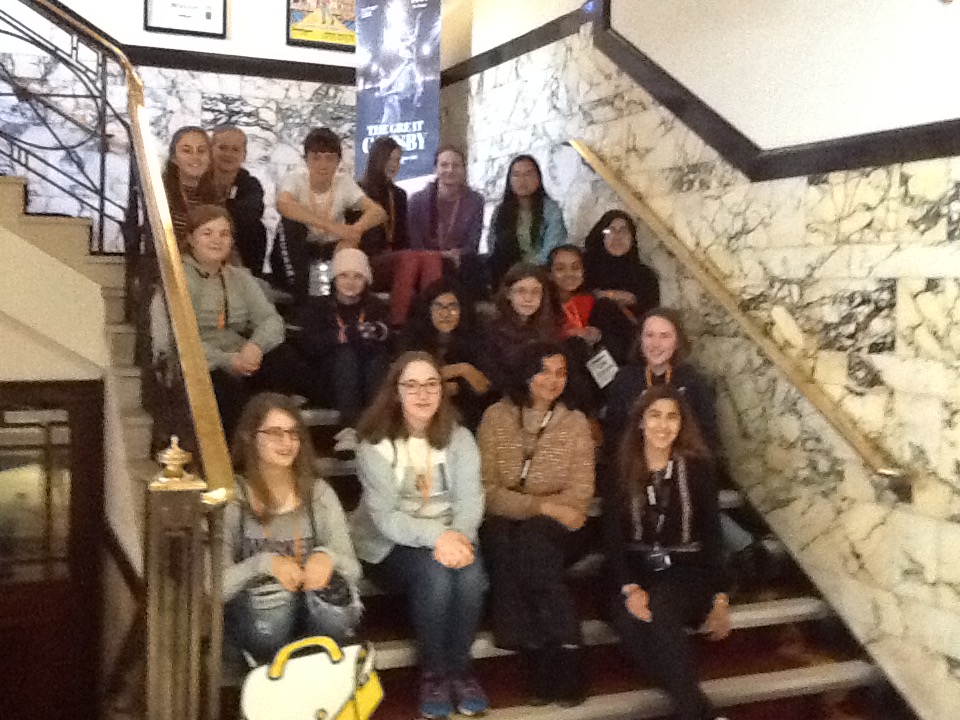 Just as the elements of craft need to work together to create a great story or the rhythm of a poem really brings it to life, there is so much that happens behind the scenes at a theatre to put on a memorable show.

The young writers got a guided tour of the Mayflower Theatre in our first session after the Easter break. There was much exercise involved, climbing all the way up to the gods to get a bird’s eye view of the theatre, then down to the front row of the dress circle and up again to get a taste of the boxes. Under the beautiful 1920s-style interiors and original light fittings, it was easy to imagine what it would have been like to visit the Empire Theatre, as it was called in 1928, when it first opened its doors.

After a brief moment to enjoy the view, we made our way into the belly of the theatre under the stage to look at the pistons that raise and lower the floor of the orchestra pit. We had stepped into the working world of the theatre! Back-stage we searched for famous names on the wall crammed with performers’ autographs and peeked into a dressing room complete with mirrors and lights like in the movies. To work up an appetite before lunch, we were back up the stairs, this time to the giddy height of the fly floor, with all its ropes and levers. It was fascinating to learn about how the system of weights and pulleys could change backdrops, lower props and even fly in performers!

Our tour ended on stage, where the view of 2300 seats facing us was awe-inspiring – and a little anxiety-inducing. When we’re in the audience, immersed in The Lion King or Les Misérables, it’s easy to forget everything that is happening behind the scenes, but on stage, with a sea of seats before us, we could imagine it all working together, just like in a great story.

Until next week. Write on!