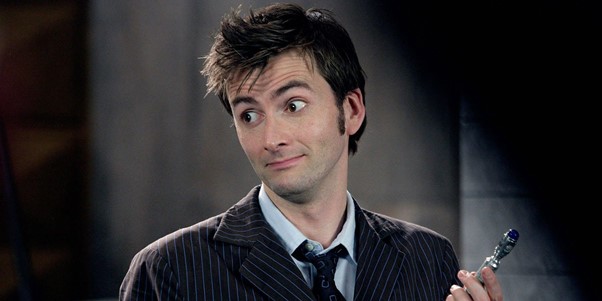 Happy(?) New Year, and welcome back to Lighthouse Young Writers!
While unfortunately we're still not able to be back in the Lighthouse building
at the moment, it was great to see everyone again, even if only over Zoom, to
introduce some new faces, and welcome back some young writers we hadn't seen
since the start of the first Lockdown!

We began with a picture challenge - the young writers had to
find the connection between the famous (and some not so famous!) faces on the
screen, to guess what the theme for this term might be. Some characters were
fairly easy to identify, from Marty McFly to Scrooge to Hermione Granger, but some were
more challenging, including Bernard from Bernard's Watch, Tom from Tom's
Midnight Garden, and Bill Murray in Groundhog Day - and even a mysterious hamster!
However, after a few guesses, both groups managed to identify the connection -
all of these characters travel in time (even the hamster!)

We then discussed where we would most like to go if we could
time travel (with suggestions ranging from 1930s Corfu, to the Library at
Alexandria before it burned down, to the Battle of Waterloo, to the start of
the Covid pandemic, to the end of the world!) and also any rules we would give
ourselves for time travelling (e.g. not meeting yourself in the past, not
introducing new technologies into the past, not time travelling too often, not
letting anyone notice you, etc).

Then, the
young writers were challenged to create their own time travelling character,
using the prompts below…

Design
your own Time Traveller!

Are they human, animal, alien, or some other life form?!

What is their name?

How old are they?

Where were they born/where did they live before they started to time travel?


How can they time travel?

What object/equipment do they need? (if any!) Do they have a
time machine, a magical watch, a time turner, a potion, a spell, a book, a door
to open, a special place they have to go in order to travel?

How do they find this out? (are they told by a family member, do
they find out by accident, do they say the right word/touch a particular
object, are they in control of it?)

Write a short description of the first time they travel in time!

Where/when/how does it happen?

How does it feel?

Do they enjoy it? Are they
angry/annoyed/excited/frightened/upset?

Does it take them by surprise? Does it go as planned – do they
end up where they want to end up?

Where do they end up?


Here are
some of the results…

"You
will go to this randomly selected world, mend what is wrong and you will be
rewarded. your name...shall be Caliburn the 1653758th Lost Ember" that is
what I was told, that is why I am here. I am a type of bird known as a Lost
Ember. there are loads of birds like me everywhere in different worlds,
galaxies and even different places in time. most if not all of us were sent
here because something is wrong in this world and we must fix it. if we don't
then by the time our last feather falls then we are sent back to our chosen
world as an animal here and are doomed forever.....unless we fix what is wrong.
the world I am in now is called Planet 34, the Maze Of Yellow Walls. the
leaders of this world keep its citizens in fear, they have made the city maze
like and it is patrolled by horrifying robot dogs. if a person is seen outside
after dark...then....

“Okay,
ten months into the past, you need to pick up the Pandora Prism before it's
stolen.”  Rimor clipped a cluster of
wires into the gun, a ‘tool gun’ I reminded myself; not a gun. I realised
something.  “Hey what if me taking it now
is what got it stolen in the first place?” I didn’t want to time travel, not
after last time…  “Well if that’s the
case you have to go back anyway to prevent any paradoxes that might occur…” He
pulled out a needle from his pocket and started typing into the Tool gun’s tiny
screen. “Okay, we’re ready. Hold on to this.” He handed the tool gun to me. I
took it.  “Okay now on the my mark pull
that trigger there, okay… one… two-”
Everything stopped, I hadn’t pulled the trigger yet why was this
happening? The universe picked me up and held me up to… its face? Sighed, and
drop kicked me into 1971.

Skye
came up with a fantastic idea about a boy who was partly controlled by a devil,
and Sam’s included an evil super computer!

We
look forward to taking our time travellers on lots of time travelling
adventures in future workshops!