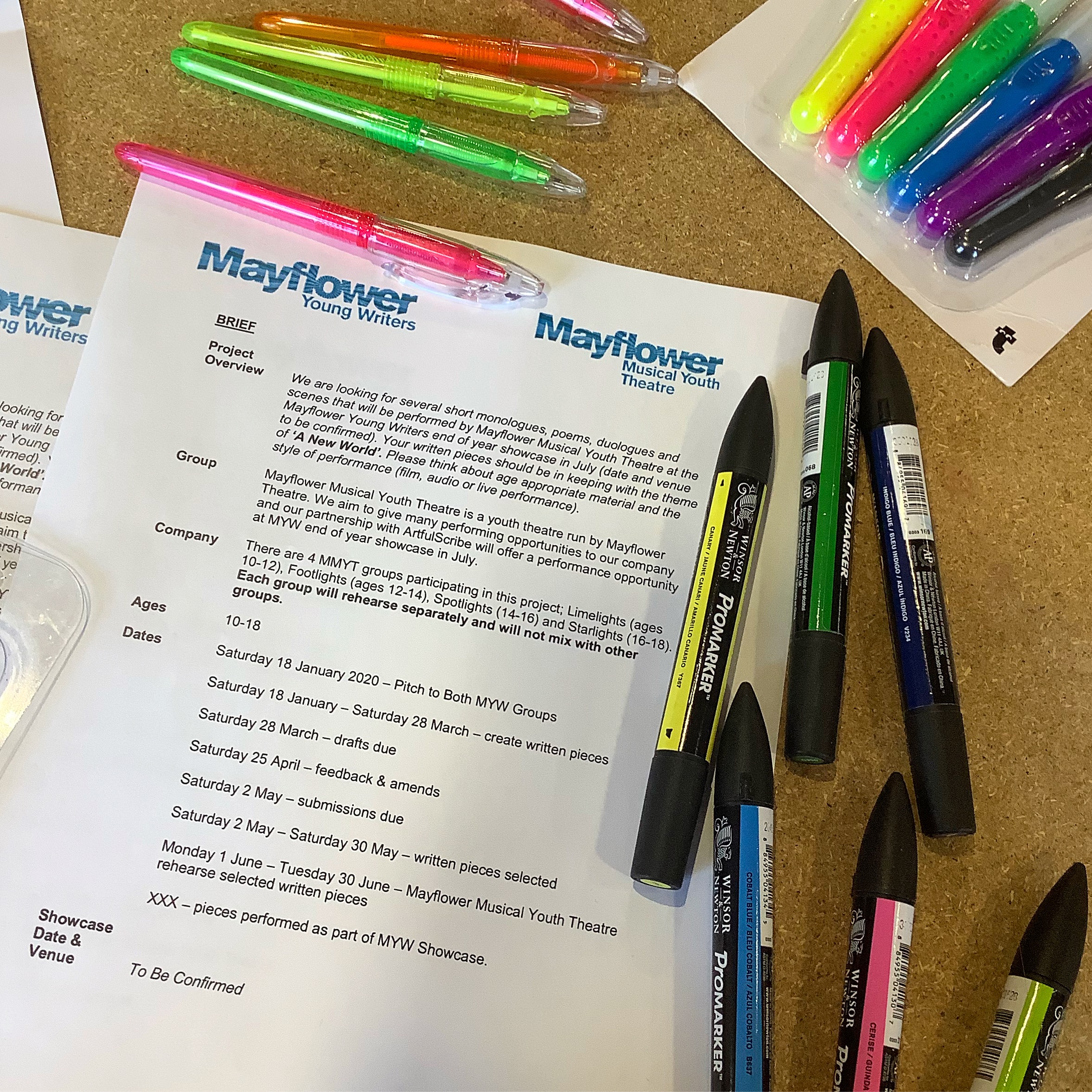 The new year welcomed the prospect of an exciting new project for our Young Writers, as the build up and preparation begins for the all-important end of year showcase!

Before the brief was revealed, we were first lucky enough to attend a range of performances at the Mayflower Theatre. The project group, brought together by Southampton City Council, facilitates and encourages creative writing with young people who are not in employment or training. Presented by Mayflower Engage and in conjunction with the University of Winchester, the original pieces were allowed a platform to showcase their original work and achievements through performance.

Although the plays each varied in theme, they all undoubtedly gave the Young Writers inspiration and prompts for transferring their own work from the page to the stage.

Following on perfectly, the Young Writers began to think about their contribution to our very own showcase, as they will each compose a monologue, duologue, poem or scene that is in keeping with the theme “A new world”.  The short pieces will then be performed by either our writers personally or in collaboration with the Mayflower Musical Youth Theatre. Of course this brief is very broad, giving a lot of freedom and room for creativity. The writers each created mind-maps to focus all of their ideas on one page, so that they could then later refine and perfect.

The initial concepts were then shared in pairs, gaining valuable feedback from their peers and developing their own ideas in turn. This is a project we look forward to working on over the coming year, eventually bringing the perfected pieces of work to life in front of an audience!

We also had the pleasure of welcoming back an old friend of the Young Writers group, Batool kindly wrote a small summary of her experiences with us and her excitement of rejoining the sessions during her short period at home:

“I came to the Mayflower writing workshop in November 2018 and I attended almost every Saturday session until my exam period in June. After the last session before the summer break (which was the showcase), it was sad to say goodbye to the mayflower. During that summer break I was getting ready to depart Southampton to travel to Seoul, South Korea for a few months. Now having come back to Southampton for Christmas, I have re-joined the Mayflower young writers’. We are now preparing for a showcase that will be performed by the youth theatre as well with the theme of ‘A New World’. “

We love receiving such positive feedback and are excited for the upcoming projects and opportunities with both groups of talented Young Writers over the coming year.